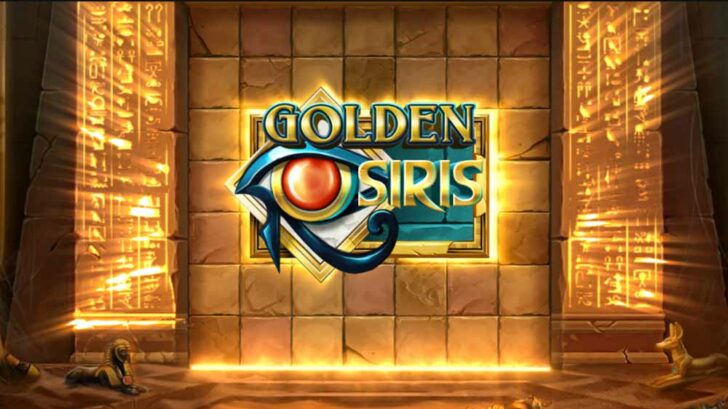 There’s a new game on the blocks and it’s none other than another top-notch Egyptian-themed video slot. We’re talking of course, about Golden Osiris. Well, if you’re in the mood for playing such a title, you’re entitled to playing Golden Osiris exclusively at Casumo Casino. Thus, let’s take a look at what this slot is all about.

How to Play Golden Osiris Exclusively at Casumo Casino

Golden Osiris is a highly anticipated video slot by Play’n Go. The video slot is now exclusive at Casumo Casino. And, with an added benefit of also having a jackpot too!

If you play Golden Osiris at Casumo, you can make the most of the Egyptian treasures which are triggered by Hidden Wilds. You can even claim multipliers of up to 10x. There is also a Pyramid Charger which will build up so long as you’re winning. You can also trigger a randomly chosen expanding symbol which will lead to bigger wins. Plus, there’s also a Free Spins round which can be triggered by landing 3 or more scatters. You can even reach multipliers of up to 30x in the free spins round.

If you decide to play Golden Osiris exclusively at Casumo Casino, you can do so up until the 16th of December. That’s right, for the next two and a half weeks, Golden Osiris is going to be only available for playing at one casino and one casino alone.

The best thing about this slot is that you can actually make the most of three separate jackpots! That’s right, Golden Osiris is a multiple jackpot slot. You’ve got the Mini, Major and Mega Jackpots which are all up for grabs. If you’re not too familiar with the term, you can read up more about it in our online jackpot dictionary.

Please note that this jackpot offer is not available for Golden Osiris itself. Instead, this is a wonderous Casumo idea which gives you a chance of winning a separate jackpot prize just for playing the game. The Mini, Major and Mega jackpots which were mentioned are all part of the running Jackpot Blizzard campaign which is launched by Casumo. Hence, not only do you get to enjoy a top-notch slot, but you also are automatically qualified into a Casumo raffle for a jackpot prize! Talk about the gift that keeps on giving!

Thus, to conclude this promotion for Golden Osiris exclusively at Casumo Casino, your best bet is to try the slot by yourself. You can head on over there if you’d like to try out the slot for yourself. Feel free to have a go and be sure to play this video slot only at Casumo. After all, if you want to try it out, you won’t really have any other option.