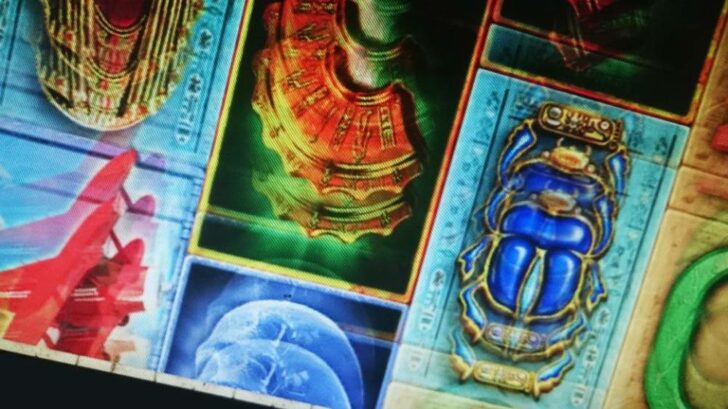 The hottest 2022 June games to try out this week are Evolution Gaming’s Speed Auto Roulette, Play’n Go’s Reactoonz, and NetEnt’s Starburst. We take a look at a variety of casino games and have picked out these three as the most popular this week. Take a look and let us know what you think.

To begin this review, we’ve chosen Speed Auto Roulette, which is one of Evolution’s most popular games. The fast-paced nature of the rounds is a key draw for this casino game. It’s even possible to conceive of it as a successful union of Speed Roulette and Auto/Slinged Roulette. Because it uses a real wheel but no croupier, the gameplay is designed to please customers. Furthermore, the wagering time is only 15 seconds.

A slingshot mechanic is used in Speed Auto Roulette to ensure that each round follows a fixed timetable. The ball spins mechanically according to a predetermined timetable. A full round lasts roughly 30-35 seconds, although the betting period is only 15 seconds (depending on how fast the ball sticks to one position).

The Evolution game is available on a variety of platforms, including mobile, desktop, and tablet computers. Furthermore, the table game is open 24 hours a day, seven days a week, with around 2,500 spins every day. 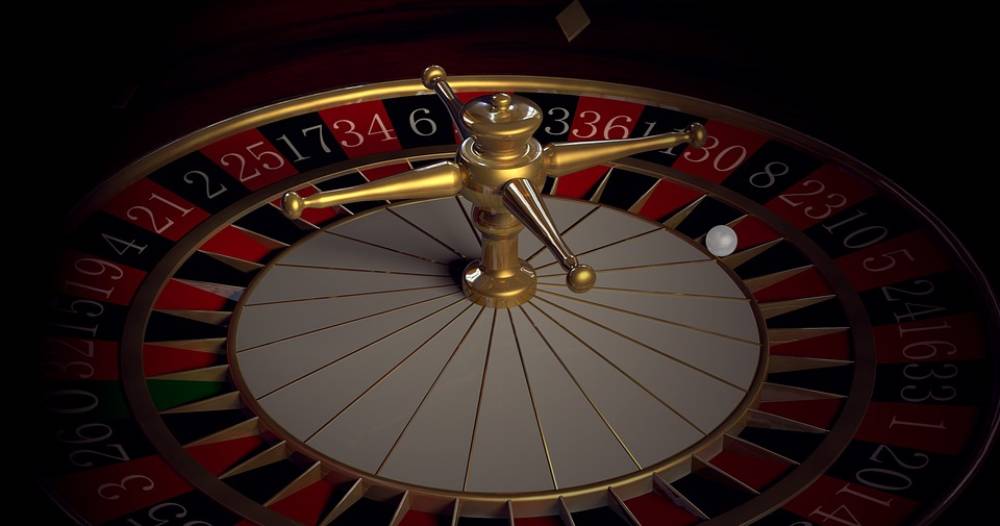 The wheel itself is based on a regular European roulette wheel, with 36 numbers and a single zero. The game’s mechanics are specifically designed for traditional roulette players. That is to say, there are no extra bonuses or multipliers here; you’ve come solely to play roulette. The key draw, as previously said, is the rapidity with which rounds are completed.

Players can wager on Evolution Gaming Speed Auto Roulette by selecting a coin value and then placing it on the board. The minimum and highest betting stakes are €/$0.10 and €/$500, respectively. As a result, it’s suitable for both low and high rollers.

The numbers that the bet covers will be highlighted when you hover your cursor over an eligible wager. You can also get several quick bets, such as the “Even” option, by clicking through. This will place bets on all of the table’s even numbers.

The Auto Play feature is another intriguing feature of Speed Auto Roulette. If you choose Auto Play with a selected wager, the game will place the same wager over and over again. You can, of course, choose to manually end it. Another option is to wait until the Auto Play feature shuts off on its own. Finally, you can get to a statistics page by clicking on the link. This will show you all of your prior wins as well as their percentages. However, we recommend not getting too carried away with this, as each bet is separate from the previous one. 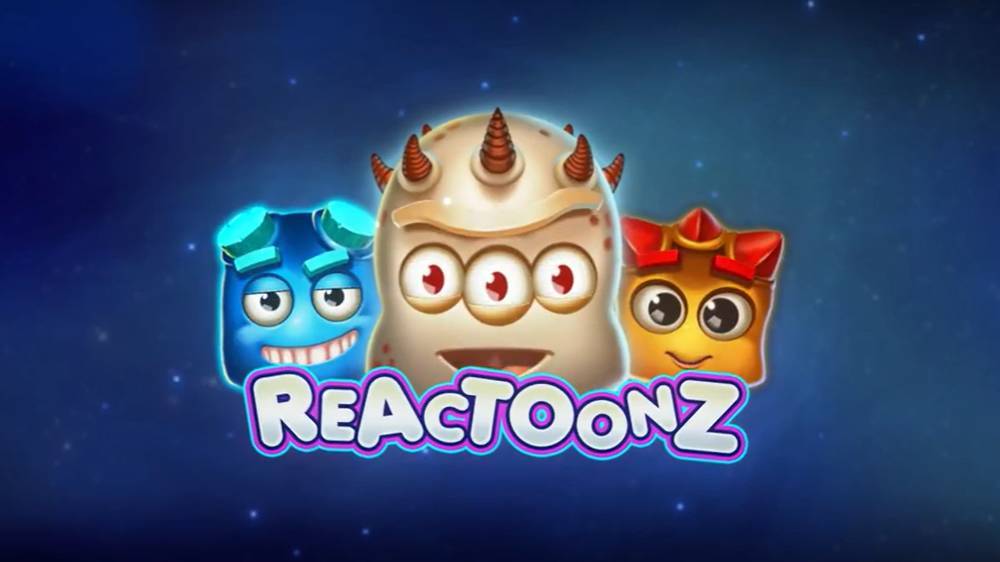 Moving away from table games for a bit, this week’s featured game is none other than Play’n Go’s Reactoonz. The alien-themed video slot takes you on a cascading adventure, complete with a Cluster Pays feature. Play’n Go’s designers got everything right with this title, as you’ll be escorted on the reels by colorful little alien figures.

Reactoonz is played on a 7×7 grid, with winners produced when clusters of at least 5 matching symbols are landed. The sole need is that they contact horizontally or vertically, but not diagonally.

When betting on Reactoonz, you can put a bet with a stake of as little as €/$0.20 per spin up to a maximum bet of €/$100 per spin. There is also an Autoplay feature that allows the player to select between 10 and 100 spins. You can also set win and loss limits to ensure that the autoplay feature understands when to stop spinning based on your preferences.

Reactoonz has an RTP of 96.51 percent and is regarded as a slot with a very high variance. On every spin or cascade, you have the chance to win up to 4,570 times your bet.

When it comes to the Play’n Go slot’s game elements, Reactoonz employs a cascading reels method. That means that after each win, the winning symbols are blown off the screen, allowing fresh ones to drop down and take their place. This could lead to a second win and reward.

There’s also a meter that fills up after each victory. When it’s full, you’ll be able to choose from one of four unique features. Extra wilds on your screen, symbols morphing into one specific symbol, low value symbols being deleted, or a wild in the grid’s center transforming everything diagonally from there to the corner position into the same symbol are some of the incentives.

Aside from that, there are several minor advantages, such as the addition of random wilds to your screen or the formation of a giant Giantoonz (2×2 in size) with a 2x multiplier. 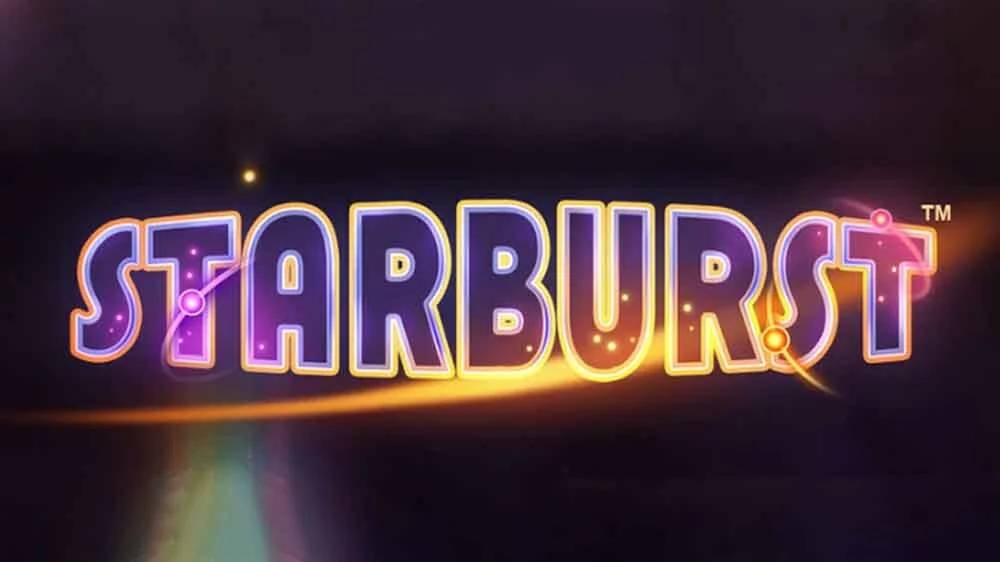 Last but not least, NetEnt’s Starburst is one of the most popular games on the internet. The video slot is played on a standard 5-reel, 3-row grid with a fixed 10-payline configuration. You’ll need to match at least three symbols on adjacent reels to form a winning combination. It’s also an All Ways Pays slot, which means you can win by spinning the 5th reel from right to left as well as the conventional left to right from the 1st reel.

This title has a maximum win of 500x your total stake. Another interesting feature is that the RTP is rated at 96.09 percent, which is around average. Furthermore, the volatility is categorized as low to moderate. 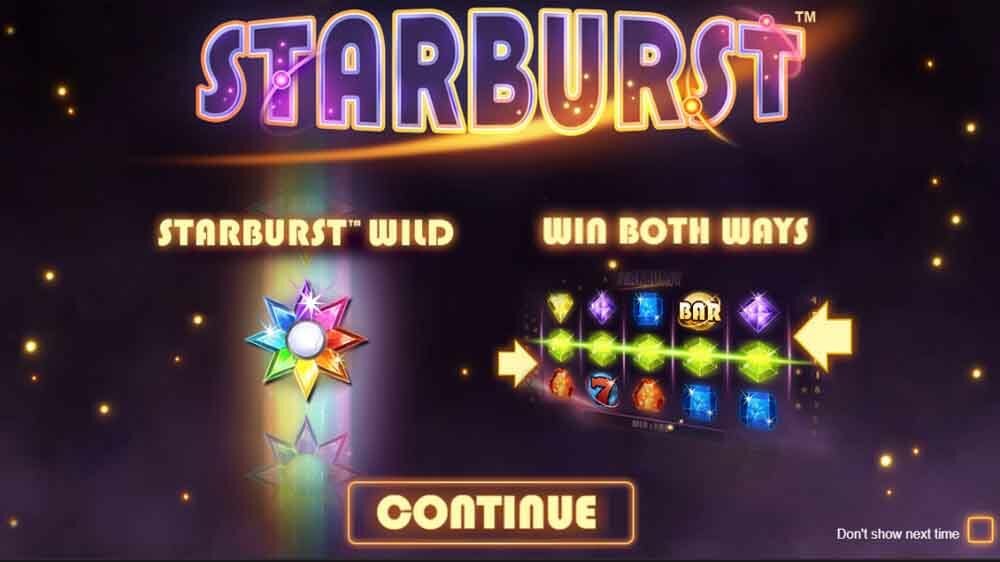 When a Wild appears, the entire reel transforms into Starburst and goes wild. After that, you’ll be granted a free re-spin. If another wild appears during the re-spin, you’ll get another re-spin and two wild reels. Similarly, you may be able to turn all three inner reels wild. You’ll be granted up to three re-spins if this happens, which might help you produce a large winner. Having the inner three reels become wild will almost surely increase your chances of winning. If you can fill the grid with Wilds and the BAR symbol, you might win up to 500 times your total stake. Unfortunately, the feature will stop when no fresh Starburst Wild appears on a re-spin.

Given that it was introduced in 2012, the graphics for this slot are rather outdated. However, they have been refreshed. The good news is that it is entirely compatible with both mobile and desktop and tablet devices. The BAR is the most lucrative symbol to land, paying out 5, 20, or 25 times your total bet if you land 3, 4, or 5 of them. Theme-wise, it’s situated in outer space, just like Reactoonz was. Instead of aliens, you’ll find gorgeous stars and a relaxing soundtrack in the background. This makes it one of the most ideal 2022 June games.

Thus, to conclude our 2022 June games, we hope that you have an insight on why these games are quite enjoyable to play. They are all listed right here in our jackpot games and are ready to play. Feel free to browse through and try out these games for yourself.