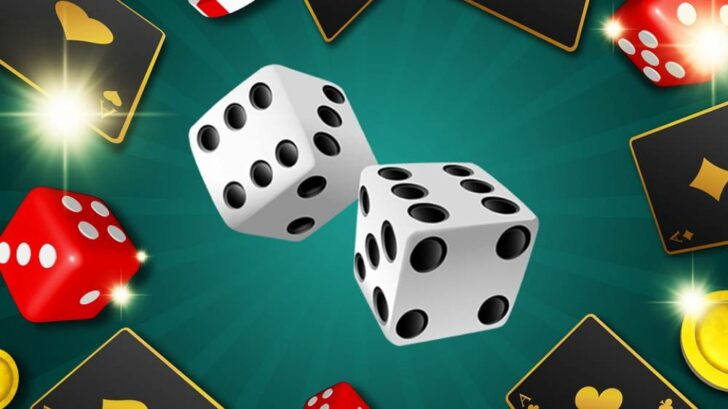 Gambling is a sort of entertainment in which you play and place bets with real money. The principle is simple: you win some of the time and lose part of the time. Gambling has been around for as long as mankind can remember. The origins of wagering are numerous, but it is ultimately a pastime that appeals to individuals from all over the world to this day. We’ll look at some amusing casino facts in this article, which can be both enjoyable and educational. Let’s get started.

Every gambler has one thing in common: they all enjoy the thrill of expecting a huge victory. The experience is always enthralling, whether it’s making bets on a roulette table at your local casino or trying your luck spinning slots online.

But how much do you know about gambling in general? What was the very first casino? What’s the biggest slot win you’ve ever had? For more information, check out our top ten fun casino facts.

1) The First Casino Ever to Open

While the exact location of gambling’s beginnings is unknown, the period and location of the first casino are certain. Consider the scene: you’re kayaking down the Grand Canal in Venice, Italy, on your way to the Casinó di Venezia.

The entertainment complex was initially open to the public for dance balls and high-end events. In addition, the area served as the first location for organized gaming. The casino initially opened its doors in 1638, earning it the distinction of being the world’s first land-based casino. 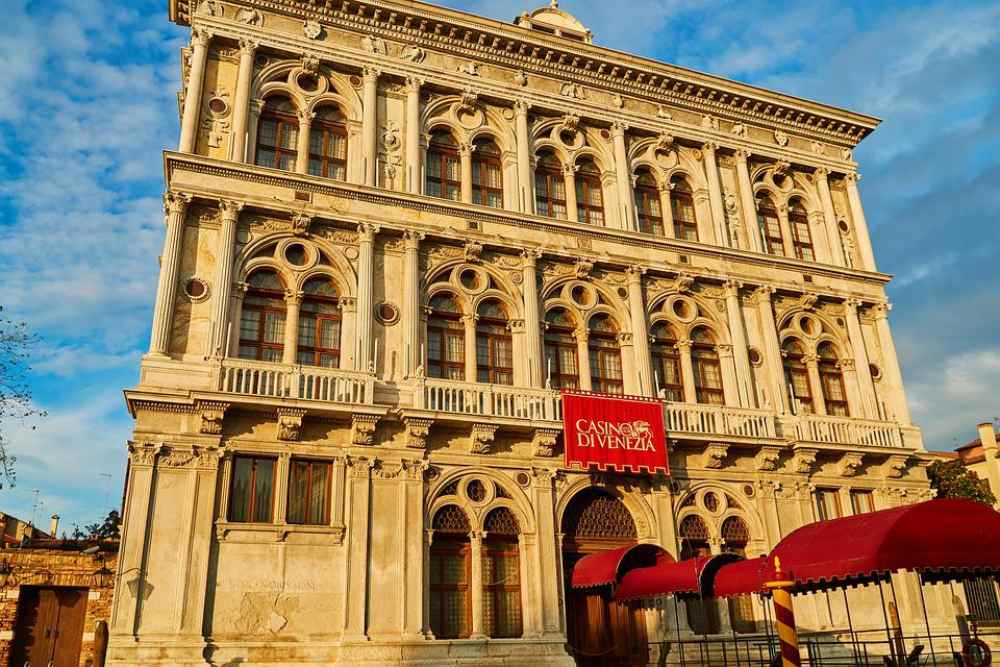 2) The First Slot Machine in History

It’s tough to pinpoint an appropriate starting point and time for gambling. There are several stories in history about bets being placed. However, we can confirm the date and location of the first slot machine.

In 1887, the first slot machine was installed in San Francisco. It was designed by Charles Fey, a vehicle technician, and was known as the Liberty Bell. Horseshoes, spades, diamonds, hearts, and liberty bells were among the symbols on the first slot machine. At the time, the highest reward was 50 cents for landing three liberty bells on the reels.

Fey unlocked the door for slot machines to develop ever since, despite the fact that the concept was simple. Both land-based slot machines and video slots can be found in the iGaming world of online gaming nowadays.

3) The Biggest Land-Based Slot Win at a Casino

The largest slot win ever is a whopping $39.7 million to this day. In 2003, an unknown Los Angeles software developer bet $100 at a casino on the Las Vegas Strip. Megabucks, the slot machine he was playing, is still at Excalibur Casino. You just had to know that the biggest gain would be in a Vegas casino.

While the record has remained for nearly two decades, it does not appear that a slot machine will ever beat it. Not in the foreseeable future, at least. However, if it does happen, we expect it to happen someplace in Nevada once more. With over 200,000 slot machines, Las Vegas is the slot machine capital of the world.

Playing video slots online is a comfortable method to pass the time that is growing in popularity year after year. However, no player has ever earned more than half of the Megabucks record total. A Finnish gamer was counting his lucky stars after winning €17,861,800 while playing NetEnt’s Mega Fortune slot. Furthermore, such massive reward was achieved with only a €0.25 wager.

This record was established in 2013 and has yet to be surpassed. Although there have been numerous close calls over the years, especially for Microgaming’s popular Mega Moolah slot.

5) The Best Double or Nothing Wager of All Time Ashley Revell’s story is one of the more bizarre tales to emerge from the gaming world. The local Kent lad decided to put his entire life on the line by selling everything he owned and betting it all on a single roulette play. This included his car, house, clothes, and everything else he owned. He sold everything for around £135,300 and went to his local casino to try his luck at the roulette table. What do you think happened next?

His bet paid off, and he had quadrupled his money in every way! He walked away from the casino with £270,600 in his pocket and embarked on a new life, using his riches to launch his own poker company. While some may regard it as a daring wager, others may regard it as the strangest thing a person could do. Revell, on the other hand, had his happy ending.

6) The Biggest Loser in Roulette History

Every winner has an equal number of losers. Unfortunately for Robert Maxwell, a former Member of Parliament, while looking for the biggest loser in roulette, his name pops up. The British media mogul enjoyed the occasional roulette game at several opulent casinos in the 1980s.

Maxwell created history when he became the first – and only – person to ever lose £1.5 million in only 3 minutes at the Les Ambassadeurs Club in Mayfair. He accomplished this accomplishment by playing at three tables at the same time. While the sum may seem staggering to most, Maxwell was a multi-millionaire who could undoubtedly joke about it years later. Nonetheless, it’s not a record to brag about.

One of the strangest casinos to emerge from the gambling sector is located in London but has no set address. This is due to the fact that the Grosvenor Casino is a mobile casino that operates out of the back of a black taxicab in London. The taxi comes with a gaming table, a dealer, a bar, and a sports TV.

According to multiple evaluations, the casino also functions as a regular taxi, transporting gamblers to other areas. The only catch is that you must donate a significant amount to the casino and possibly tip the driver properly. It appears that if you take a taxi directly to the land-based casino, you will be given a free ride. 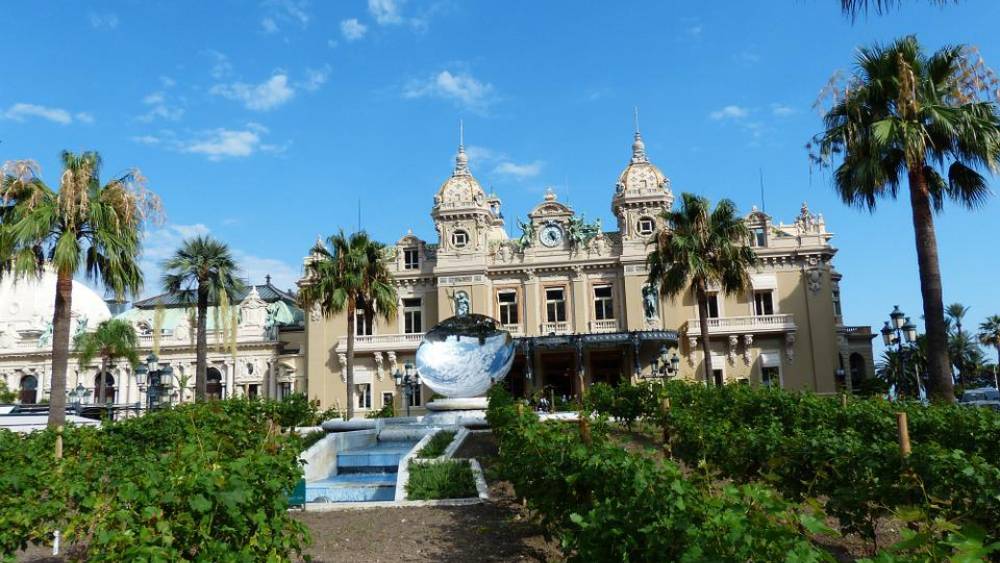 Monégasques, often known as Monaco residents, are not permitted to enter or wager at casinos in Monaco. The city is plenty of stunning gambling locations, such as the Casino de Monté Carlo, which was featured in the 2006 James Bond film Casino Royale.

Princess Caroline barred local inhabitants from gambling in any of Monaco’s casinos in the mid-1800s. She claimed that the city should not collect money from residents and should instead create its own revenue solely from international visitors. The ban is still in effect today, ensuring that no Monégasque can gamble within the country’s borders.

While this may cause some consternation among certain residents, the good news is that they will not be required to pay any income taxes. Instead, the Monaco approach makes use of money earned by casinos.

This next amusing casino fact is more of a legend than a proven fact. Sean Connery, the Scottish former 7-time James Bond actor, is claimed to have broken the rules of probability, according to mythology.

Connery is claimed to have bet five times on the number 17 when gambling at the Casino de la Vallee in Saint-Vincent, Italy. The first two were defeats, but the following three all hit 17!

Connery would have accomplished the unimaginable if three consecutive spins landed on the number 17. He had a 0.0000197 percent chance of hitting it three times in a row, or 50,000/1 betting odds, according to the calculations. Since then, the number 17 has become a worldwide lucky number across the world.

10) The Option to Voluntary Self-Ban from a Casino 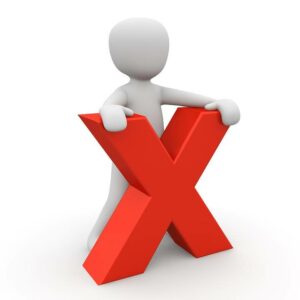 Last but not least, did you realize you can self-exclude yourself from a casino? This option is offered at both brick-and-mortar and internet gambling establishments. You will be unable to access the site or visit the casino if you have chosen to self-exclude. You have the option of self-banning for a lifetime – in which case you will never be able to return – or for a specific period of time. The timescale option is up to you, but you are not allowed to enter within the window.

Self-banning is a fantastic addition to the gaming world since it allows you to better manage your behavior, which is especially important given the dangers of gambling addiction.

As a last idea, gambling is always within your control. Remember that you may always put your name on the no-entry list if you find yourself digging a hole. Alternatives include going all Ashley Revell and betting everything you own on either black or red. Revell set everything to red, just in case you were curious. Perhaps it is the best approach.

We hope you enjoyed some of these fun casino facts and learnt a thing or two in the process. As you can see, gaming is a bizarre world with some incredible tales of defiance of probability and rationality.

Essentially, if you enjoy gambling trivia, chances are you also enjoy playing. If that is true, you are in the right place! At JackpotFinder, we have a plethora of games and content to catch up on. If you want to test your luck on certain jackpot slots, feel free to visit our page for a list of top rated games.