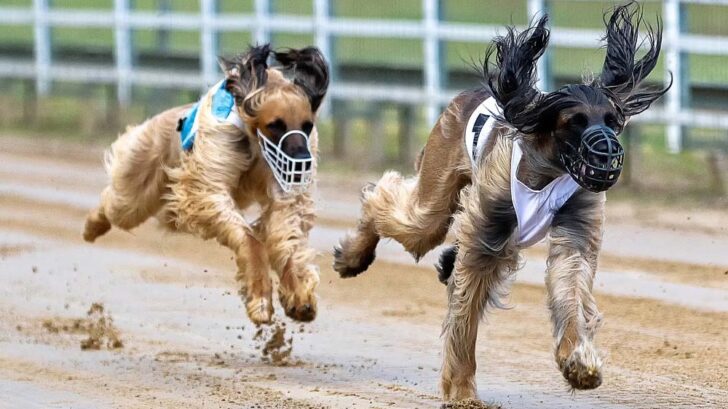 Two years ago the state of Florida decided that greyhound racing has had its day. So on New Years’ eve 2020, the last race was run. The Palm Beach Kennel Club saw the final greyhound contest on Thursday night, echoing closures that are happening all over the US. What was once a mainstay of gambling, greyhound racing ends on a whimper. As the clock chimes midnight, the winning dog, called Bug Brush, crosses the winning line and pulls to a close the curtain on an era of sport that’s over 100 years old. Whatever your jackpot winning strategies at the dog races, you can forget about them up as far as Florida goes.

State voters overwhelmingly supported Amendment 13, which outlawed all greyhound racing across the state. Other states will soon follow. As of writing, there are just four remaining greyhound stadiums left, in West Virginia, Iowa, and Arkansas. In 2019 when the Amendment passed, there were a total of seventeen dog tracks across six states. But in 2020, the tracks in Texas and Alabama closed their doors.

In A Few Years All Greyhound Racing Will Disappear

The executive director of the dog racing industry’s umbrella group, the National Greyhound Association, Jim Gartland said, “I hate to say it, I hate to even think about it,” Gartland said. “It may be five years down the road, it may be 10 years down the road, but it’s a possibility.” It’s a sentiment echoed by Humane Society Florida Director Kate MacFall, who told NBC News that “Florida was the mecca (of dog racing), the base, the largest state with the most tracks. Now this industry has withered.” They can both see the end of the sport completely within the next year. At the beginning of the year, the next-to-last Florida track, Derby Lane in St Petersburg closed its doors for the last time.

As the last racing greyhounds prepared to race around the 545-yard course, Frank Sinatra’s “My Way” played over the stadium loudspeakers. Bug Brush and seven other dogs were racing for the $10,000 “Long Run Championship.” The race ended 88 years of continuous racing at the track. For some, it was a sad night. “It’s horrible. It’s very sad,” Gartland said after some years of watching the sport’s decline. “I’ve had people in this industry I’ve watched cry over these past couple of months.”

Once A Huge Industry

To think back to the late 1980s when there were over 60 tracks supporting greyhound racing throughout the US. There was weekly racing action in Idaho, Connecticut, Colorado, Massachusetts, Arizona, Wisconsin, Kansas, Oregon, New Hampshire, Vermont, and New Mexico,

“It’s no secret, dog racing has been on the decline for several years now,” said Palm Beach Kennel Club president Patrick Rooney Jr., whose family has owned the track since 1969. “Dog racing was not long for this world.”

The nephew of the US Ambassador to Ireland, and grandson of the Pittsburgh Steelers founder, Art Rooney, Patrick Rooney Jr. went on to say that a changing climate with regards to animal rights had bought about the demise of the sport. They had long opposed greyhound racing with claims of animals being mistreated in cramped conditions and being forced to race. “Anything with an animal component to it is going to have a difficult time surviving in this society that we are becoming,” said Rooney. He went on to suggest that dog racing, horse racing, and the rodeo could someday soon go the way of the circus. “We are being more sensitive to, whether real or imagined, the feelings of animals and how they’re treated.”

The anti-racing group, GREY2K is proud to have helped put laws into place across 41 states which outlaw the sport. But even with all the work put in by these animal rights groups, the sport of greyhound racing has been in steady decline for years. An example would be the track receipts. In the fiscal year 2019 – 2020, the Florida dog tracked managed to collect $135.9 million. That’s a 29% drop from the previous year. It represents an 8-year continuous decline in wagering. Going back ten years, in 2011 – 2012, dog racing tracks took in over $265 million in bets.

Now that Florida is out of the dog racing picture, West Virginia is poised to take on the mantle as the country’s leading greyhound racing track. In 2019, the track took in $124 million in betting receipts at its two dog tracks. If you want to take part in greyhound betting, then we suggest 22Bet Sportsbook. Not only do they offer great odds, but have a very generous welcome bonus for new gamblers. Iowa has just one lonely track and the level of racing is much, much smaller. In 2019 they took in just $2.3 million in greyhound racing action. And that’s the third year of continuous decline. In Arkansas, the receipts come in at $14.2 million for the last year, yet another three years of decline. To that end, we think that these two states will soon see that  greyhound racing ends altogether.

The Southland Casino Racing, in West Memphis, Arkansas, already plans to stop racing by December 2022. In Iowa, there’s a state subsidy that keeps the industry afloat, but that’ll come to an end in 2022, and with its loss, it’s thought that there’s no way that the dog racing industry can survive. When greyhound racing ends at Southland Casino Racing, it’ll be the end of a long history of dog racing in Arkansas.

What’s interesting about this is that US gamblers are spending more than ever on both casino jackpot games and sports gambling. Americans spent around $78.2 billion in gaming revenue in 2019. That compares with $60.8 billion in 2009 and $32 billion in 1999. Yet greyhound racing was never able to cash in on this extraordinary growth. Even totally unskilled gambling games like the state lottery have increased their part of the pie during this period. Across the US, in the 45 states where the Mega Millions game is sold, in 2019 – 2020, they managed to sell $2.6 billion’s worth of tickets. in 1996 – 1997, that number was a mere $434 million.

Punters were happier turning to any other form of sports gambling rather than taking a punt on the dogs. The dog tracks failed to attract new customers. And punters flocked to casinos to win the jackpot. Sponsorship might have played a bigger part. For example, the horse racing track at Del Mar in San Diego has managed to pair up horse racing with pop and classical concerts or craft beer festivals which acted as a magnet for the punters. Having said that, you can still have a punt on the dogs with 22Bet Sportsbook. They’ve streamlined the whole betting process and give great odds.

Brett Abarbanel, the director of research at the University of Nevada, Las Vegas’ International Gaming Institute said, “Dog racing, as a whole, hasn’t adapted much to new entertainment options. Even compared to horse racing, which has had similar struggles to attract new customers, dog tracks have not managed major change.”

Apart from the greater awareness of animal rights, the format of greyhound racing hasn’t done it any favors. Unlike other ball or puck games, which have continuous action, the greyhound races are held at 15-minute intervals. There’s the possibility that the punters could get bored with all the waiting between races. It was noticeable that older, slower sports like baseball, are being put on the back burner. Whatever the reason, when greyhound racing ends will go the way of the Dodo.