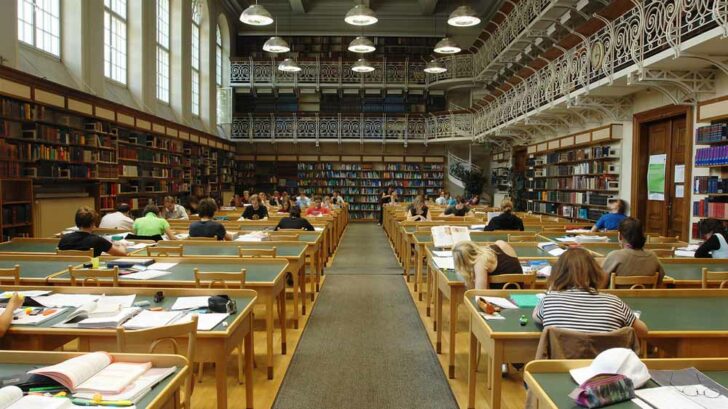 In this article, we will be finding out about different perspectives of gambling in universities. Now, the stories we will be hearing are coming from former students, who have had a rough time in their youth. However, before we analyze the stories of these former students, let’s take a look at the backbone behind the message sent.

For the past few decades, gambling has increased within faculty studies. Especially in Britain, it has caused the academic failure, bankruptcy, and mental health problems. Gambling in universities is a growing problem. The Gambling Commission estimated that more than 100,000 students are in debt, and one in four of those indebted beyond £10,000.

How To Stop Gambling in Universities?

Stopping gambling all together is no easy fight. It has been reporting in the UK that many online gambling sites can still target ex-gamblers in an attempt to lure them back. Also, many players who self-excluded themselves still find an easy option to access their accounts. So what can be done?

Last month, the NUS partnered with Gamban, an app designed to block gambling sites, in an attempt to highlight the situation. Since that, three former gambling ex-university students have come out with their own stories of overcoming the addiction.

‘I lied to family and friends to borrow money’

Here we have compiled the story of an anonymous student and his struggle against the addicting game of risk. Speaking about his student days, the person claimed that he spent many hours gambling because of free-time. However, his betting soon turned from friendly wagers into long nights in casinos.

His losses caused him depression and his student loan money was spent nearly the same day on online casinos. Eventually, the student had to drop out of college just to pay off his debts and it was only then that he could join GA. GA stands for Gambling Anonymous and unfortunately, his recovery was slow due to no such facilities in the university.

Of course, there are exceptions like the welcome bonuses, and the basic promotions of the trustworthy operators.

Another story, from another anonymous former student. For this player, however, he didn’t have to drop out of college. He spoke about how his free-time left him bored which was the start in his relationship with gambling. On the negative side, he said that gambling in universities was not a social topic. There were groups for drug recovery, alcohol recovery, but none for gambling addiction.

He claims, the way he lost more than £20,000 was because of bonuses offered by gambling operators. These bonuses are what get’s players hooked according to our narrator. He says addicts both love the thrill of winning and the sorrow in losing. That’s what keeps them interested. To totally quit gambling, he now has a proper software installed in blocking his temptations.

After hearing from the two speakers, we draw the conclusion that having too much free-time may cause gambling in universities. Another problem may be the lack of groups for speaking together about the addiction itself. Would gambling be less dangerous in universities with special groups formed to discuss such issues? Let us know in the comments below.

Alternatively, you can also opt to play any one of our jackpot slots. Gambling is becoming more and more popular in the realm of the online world. Nowadays, you can find the best graphics and innovative gameplay slots.