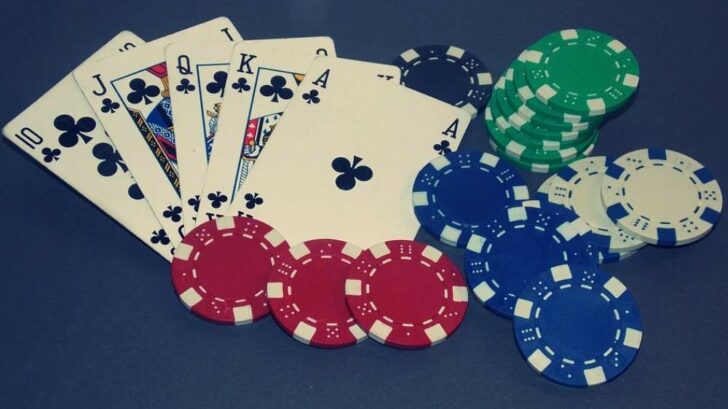 In this Let’em Ride Poker guide, we break down all you need to know about the online table game. Let’em Ride Poker is a variant of casino poker that has similarities to Caribbean Stud Poker, 3-Card Poker and Casino Hold’em. In this variant, players receive five-cards and there are no community cards. The first variation of this game was released in the early 1990s. Find out more below.

In this Let’em Ride Poker guide, we break down all you need to know about the casino poker game. That includes the rules, strategies, payouts and more. Essentially, playing Let’em Ride Poker, you will find a lot of new methods to play the game. Find out more below.

When played in physical casinos, the well-liked poker variation known as Let’em Ride is also referred to as Let It Ride. Let’em Ride Poker is a casino poker game that borrows elements from Casino Hold’em, 3-Card Poker, and Caribbean Stud Poker. The five-card community cards used in the game were introduced in the early 1990s.

Let’em Ride Poker doesn’t require any complex strategy and is simple to master. The approach can lower the house advantage when implemented properly. You are in the right place if you haven’t tried Let’em Ride Poker yet. We examine the game’s regulations, the strongest hands, side bets, and the best approach to pursue.

There are player cards and community cards in Let’em Ride Poker, basically. At the start of each game, each player is dealt five cards. To match a pair of 10s or greater is the object of the game. The sole mandatory wager in the game is the Ante, which must be wagered before the round can begin.

The player has two choices after the cards are dealt. To Raise or to Write a Check To raise implies to increase your wager in an effort to win (assuming you have a solid hand). Checking means continuing the round with the original stake.

The round continues with the first of the two face-down cards being revealed, regardless of whether you choose to Raise or Check. Once this is known, the player can once more decide whether to Raise or Check. The last face-down card is then shown after that. The round ends when the last card is shown, at which point the player’s card and the two face-down cards are compared to reveal the winning poker combinations. Keep in mind that the prerequisite for a win is a pair of 10s or better.

In Let’em Ride Poker, players are paid out by forming poker hands. Each poker hand pays the following: 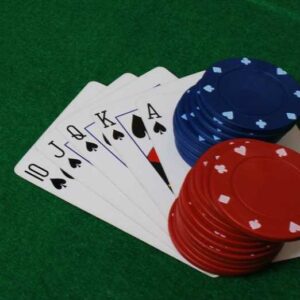 Let’em Ride Poker is a simple casino game to master. The hands are the next item you should be familiar with once you have a handle on the fundamentals of Let’em Ride Poker. Depending on the cards you have and the community cards, you will either win or lose. You win if you can create specific poker hand combos.

The strength of the hands varies; the reward is bigger when there is a reduced likelihood of winning. The Let’em Ride Poker hands are listed below, going from strongest to weakest. The ten hands consist of: 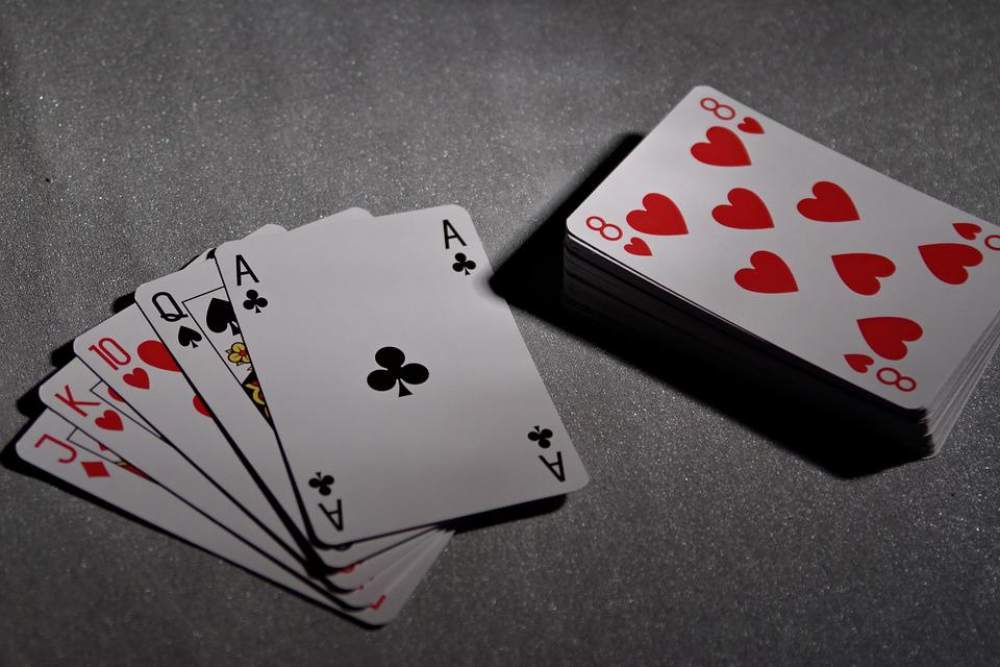 The entire progressive jackpot sum is awarded for a Royal Flush. A Straight Flush awards the player 10% of the jackpot if it is successfully obtained. A Full House pays 100:1, whereas a Four of a Kind pays 500:1. Last but not least, if you win a Flush after placing the €1 side wager, you will receive a 75:1 reward. This could vary from casino to casino, but the fundamental principle remains the same.

Let’em Ride Poker is a simple casino game to learn, and players can increase their odds of winning by using basic strategy. By adhering to a few straightforward guidelines, the player should attempt to lower the house edge in order to succeed.

In essence, the regulations concern the player’s alternatives. The player has the option to raise or check before the fourth and fifth cards are revealed. All you need to know to play basic strategy is whether to raise or just check. It is suggested to raise after receiving your hand if any of the following cards are among your three cards:

Knowing when to strike 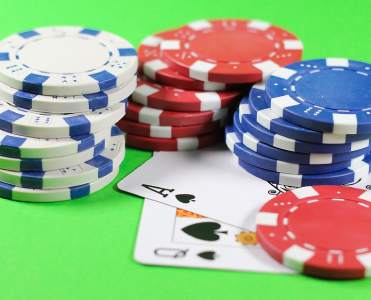 You need to understand what constitutes a gap if you want to employ fundamental strategy effectively. A gap is a space in a card sequence where a certain number is absent. For instance, there is a gap in 3, 4, and 6. The space is one card between 4 and 6. (a 5). The hands 9, Q, and K are seen as having two gaps. In this case, there are two gaps between 9 and Q. (10 and J).

The fourth card, the first of the two face-down community cards, is revealed after choosing whether to Check or Raise. You will be given the option to either Raise or Check after this is disclosed. Raise your hand if any of the following apply to you:

In this case, it’s crucial to remember that an Outside Straight is a hand that can be completed with just one more card on either side of the sequence. For instance, the hands 3, 4, 5, and 6 are an outside straight draw. The player simply requires a 2 or a 7 to finish the sequence.

An Inside Straight is the reverse of an Outside Straight. In this hand, the player is in need of a certain card from the sequence. For instance, the player needs exactly 6 to complete the straight if they have 3, 4, 5, and 7.

The house edge in Let’em Ride Poker can be as low as 3.51% while using basic strategy. The progressive jackpot side bet, which has a substantially bigger house edge, is not taken into account in this. Once you can tell the differences between the strengths of each poker hand, learning becomes pretty simple.

Thus, to conclude on this Let’em Ride Poker guide, we hope that you have found a reason why to play this table game. Let’em Ride Poker is a casino poker game that comes with lots of interesting features and has simple to learn rules. Essentially, you will want to form strong poker hands using the cards that are dealt to you. The stronger the hand, the higher the payout. It is all that simple. Feel free to play this, or any other casino games, at our jackpot games.