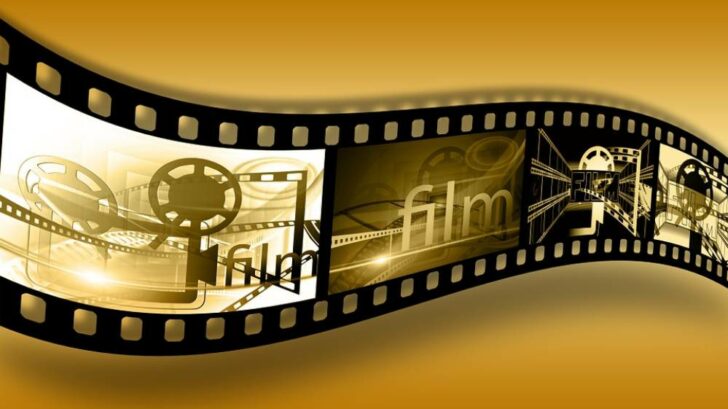 In this article, we take a look at the best movie themed slots from several software providers. This includes the likes of Microgaming, Play’n Go and more. All of these games are going to be branded slots. That means they are based off of movies and films. Find out more below.

A Collection of Movie Themed Slots

Below, we take a look at several movie themed slots. These games are all based off of movies that have made it to the big time. We are rather confident that you will find one game below that is somewhat familiar to you.

Jurassic Park is a Microgaming video slot with 5 reels and 243 chances to win. In 2014, Microgaming bought the rights to the 1993 film and created their own branded slot machine for it. The slot, which was redesigned in 2021, puts you on an excursion to Jurassic Park, the fascinating dinosaur park.

Many familiar sounds will be heard when playing Jurassic Park. This features the film’s iconic soundtrack as well as the occasional roar of a Tyrannosaurus dinosaur. In addition, the reels are packed with well-known characters, including five dinosaurs and four hero symbols. Tyrannosaurus Rex, Velociraptor, Brachiosaurus, Triceratops, and Dilophosaurus are among the dinosaurs. You can expect to see Dr Alan Grant, Dr Ellie Sattler, Dr John Hammond, and Dr Ian Malcolm as hero icons.

The Jurassic Park-themed slot includes a T-Rex bonus that can add up to 35 wilds to the reels at random. There are also five distinct Free Spins modes to choose from, each named after a different dinosaur. The Microgaming slot is a fantastic choice for Jurassic Park fans. 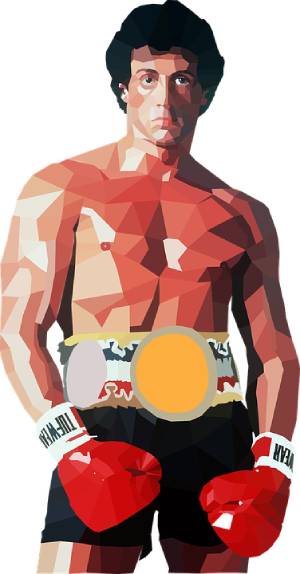 Rocky Balboa, portrayed by Sylvester Stallone, was a box office success, grossing over $225 million worldwide. This is even more astounding when you consider that it was created on a $1 million budget. In the famous 1976 film, Rocky Balboa, the underdog boxer, takes on world champion Apollo Creed.

Playtech, a software business, purchased the gaming rights to not only the first film, but the entire franchise. They were able to develop a branded slot with all four Rocky films as a result of this. You’ll find not only the Italian Stallion and Apollo Creed on the reels, but also Creed, Drago, and Clubber Lang.

The 5-reel, 25-payline slot includes two bonus features: the Free Spins bonus round and the Knockout round. Players can receive up to 25 free spins during the free spins round. The Italian Stallion competes in the Knockout phase against an opponent for up to ten rounds. Players will receive cash awards if Rocky wins a victorious bout or knocks out his opponent before the 10th round, depending on how effectively Rocky fights.

Gladiator, featuring Russell Crowe as General Maximus, is another Playtech branded slot. The slot is based on the box office success of Ridley Scott’s 2000 film. The branded slot does a good job of recreating the same Roman gladiatorial mood as the movies. In addition, the game offers a jackpot award and is played on 5-reels with 25 customizable paylines.

Gladiator is a thrilling Playtech branded slot that contains several of the film’s characters. Commodus, Lucilla, Juba, and Proximo can all be found on the reels. Surprisingly, you won’t find Maximus on the reels, implying that Russell Crowe isn’t a direct character in the game.

The Coliseum and Gladiator Bonuses are the two main bonuses in the game. The first is a pick-and-click game in which you are presented with a screen containing four rows and five stones. You can find cash rewards, free spins, multipliers, and extra wilds by clicking through.

When the Gladiator Bonus is triggered, nine helmets with bronze, silver, and gold helmets appear on your screen. The different colors signify different financial prizes. If all nine helmets are gold, the progressive jackpot is triggered! As a result, Gladiator is one of Playtech’s highest-rated branded slots.

Kong: The 8th Wonder of the World from Playtech 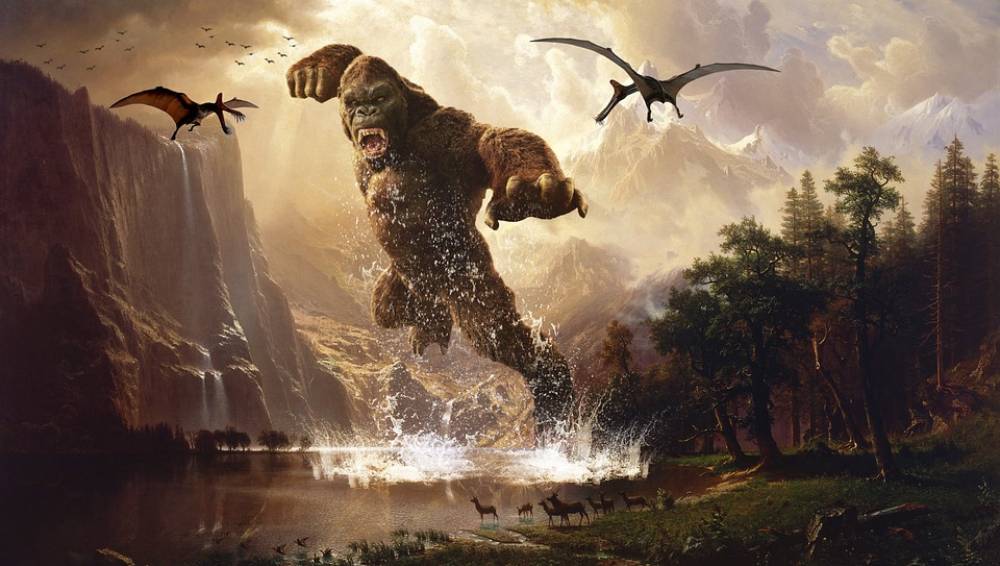 Playtech’s Kong: The 8th Wonder of the World game is inspired on Peter Jackson’s 2005 film King Kong. After a collaboration with Universal Pictures, the slot was released in 2011 as the official slot for the King Kong film.

Kong: The 8th Wonder of the World is a 5-reel slot with up to 20 paylines by Playtech. Captain Englehorn, Carl Denham, Jack Driscoll, Ann Darrow, and King Kong – the wild – can all be found on the reels.

The King Kong slot has two different game modes: Jungle Mode and City Mode. The Jungle Mode takes place on Skull Island, whereas the City Mode takes place in New York City. In the Playtech-branded slot, you may expect to find cash rewards, re-spins, sticky wilds, and pick-me games. This makes it an all-around thrilling and enjoyable game to play.

Microgaming’s Terminator 2 is a 5×3 branded slot with 243 ways to win. The slot is based on the Terminator 2 sequel from 1991, which starred Arnold Schwarzenegger as the murdering machine. The iconic “I’ll be back” quote was initially used in this film as well. The branded slot was first released in 2014 by Microgaming, and it was remastered in 2021.

Character symbols such as Sarah Connor, John Connor, and Arnold Schwarzenegger as the T-800 Terminator can be found on the reels. T-800 Vision and Free Spins are two of the slot’s bonus features. After losing a spin, the T-800 Vision feature is triggered, and it can award cash winnings of up to 129x your stake. In addition, it may pave the path for the Free Spins to be triggered. Players earn 10 free spins on a grid with up to 1,024 possibilities to win during the Free Spins bonus round. In addition, there is a T-1000 symbol in the bonus round that can morph into other symbols to aid in the formation of winning combos. In a nutshell, this Microgaming-developed slot is a fun game.

The Mask from NextGen

Jim Carrey’s portrayal of The Mask in the 1994 film was one of the Canadian actor’s most entertaining roles. NextGen collaborated with Warner Brothers to produce a branded spot for the comedy in the future.

The Mask is a 5-reel, 3-row slot with 20 paylines. It has a ton of weird bonus features and a top prize of up to 30,000x your stake. The Mask’s Hat, Milo the Dog, Money Bags, Stanley (Jim Carrey), Tina (Cameron Diaz), and The Mask may all be found on the reels.

There are four separate bonus features that can be triggered at random, as well as a Free Games mode. 2×2 wilds, morphing symbols, and additional wilds on your screen are among the randomly triggered bonuses. When you land The Mask wild symbols in the Free Games bonus round, you’ll get up to 25 free spins and a 5x multiplier. In essence, NextGen’s The Mask is a wonderful movie-themed video slot that, like the film, keeps you on the edge of your seat the entire time. 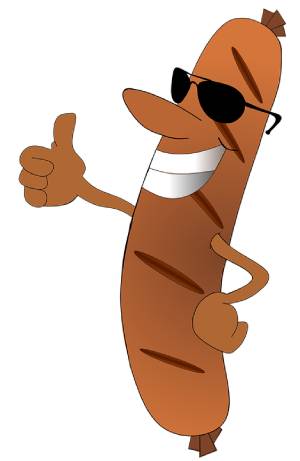 Sausage Party is a branded slot from Blueprint Gaming based on the 2016 cartoon film. The video slot is based on an adult film, despite the fact that it is animated. For the film, the software developer created a 5×3 video slot with 20 paylines.

Higher-valued character icons, such as Frank, the main sausage in the film, can be found on the reels. In addition, there are 13 additional features, including 6 random base game features, 6 main bonus features, and a Power Play Bet.

The Power Play Bet doubles your wager while also increasing your chances of winning big. Positions wild, reels wild, changing symbols, and even the guarantee of a huge win are among the randomly triggered bonuses. Landing at least three bonus scatter symbols activates the other bonuses. The player can choose from six additional features, including free spins, a pick-me game, and a spinning wheel mode, if they do so. Sausage Party is a great game for gamers who prefer branded slots because the maximum payout is 1,000x your bet.

Last but not least, there’s Jim Carrey’s Ace Ventura slot from Playtech. The 5-reel, 243-ways-to-win slot is the official branded version. This number can be increased to 1,024 ways to win thanks to special Animal Modifiers.

The slot is based on the 1994 film Pet Detective and features multiple cutaways from the film. Wilds, re-spins, and multipliers are among the bonuses that can be activated at any time. Players, on the other hand, activate the Free Games feature when they land Rhino scatters. Players earn 7 free spins after activating the feature, with six distinct Animal Modifiers to pick from. Additional free spins, extra wilds, random multipliers, mystery win multipliers, transforming symbols, and even 1,024 chances to win are all possible with these. Essentially, Playtech’s Ace Ventura slot is a thrilling game with many bonus features to match the fast-paced nature of the movie.

Thus, to conclude on the best movie themed slots, we hope that you have enjoyed reading about these branded games. At JackpotFinder, you will be able to find a variety of these games within our jackpot slots page. This includes a full review about the slot and a link to many casinos that have the game available. Feel free to click on through to play it.