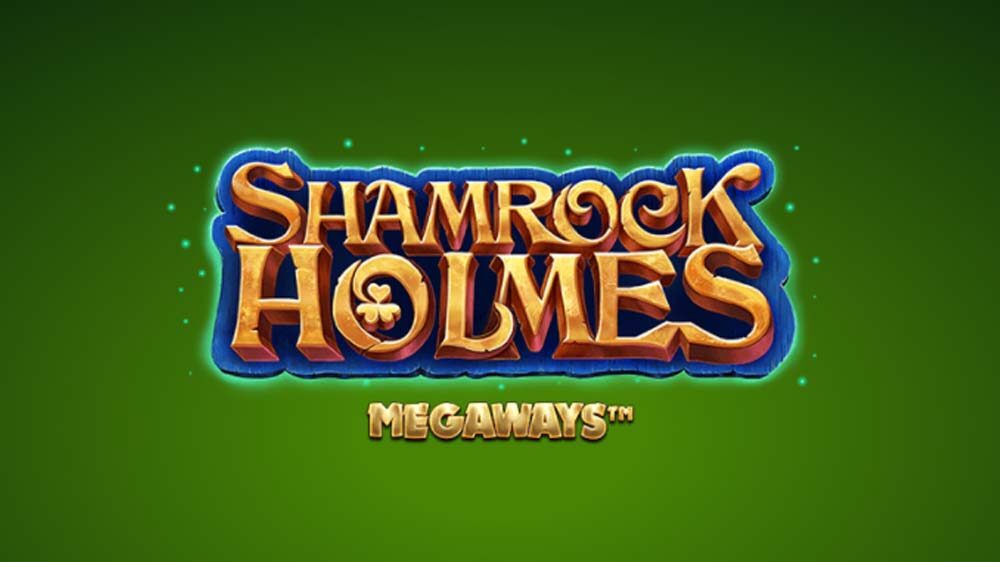 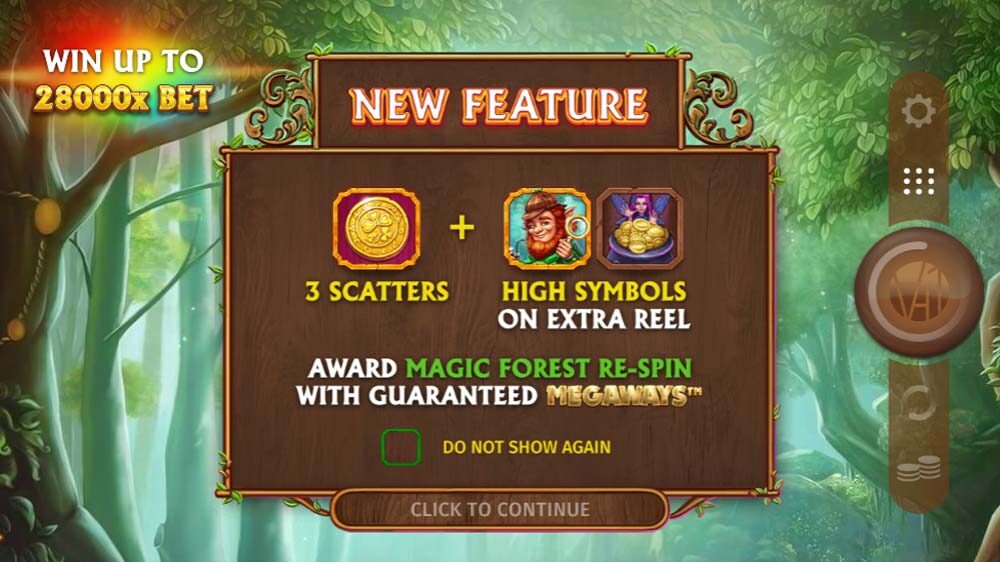 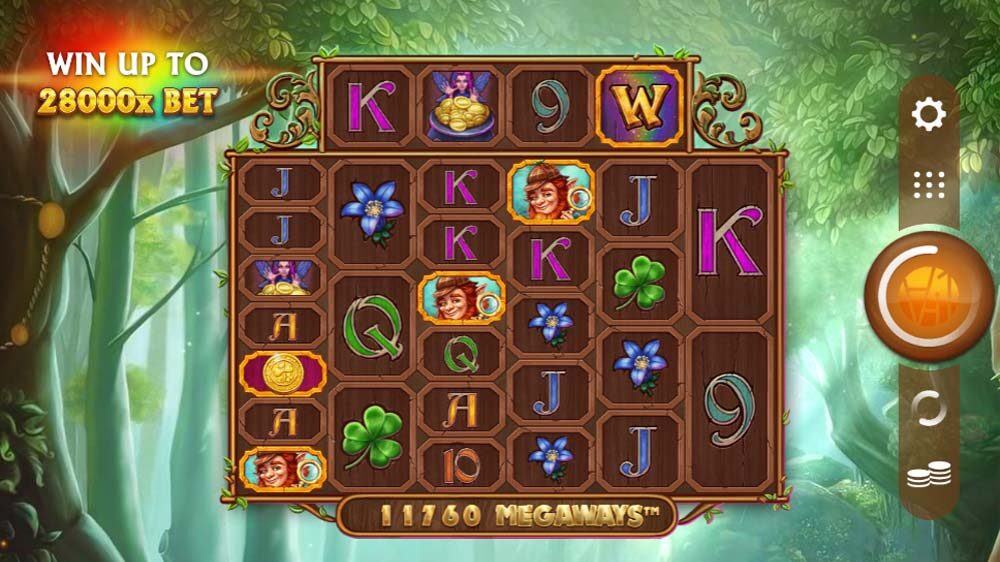 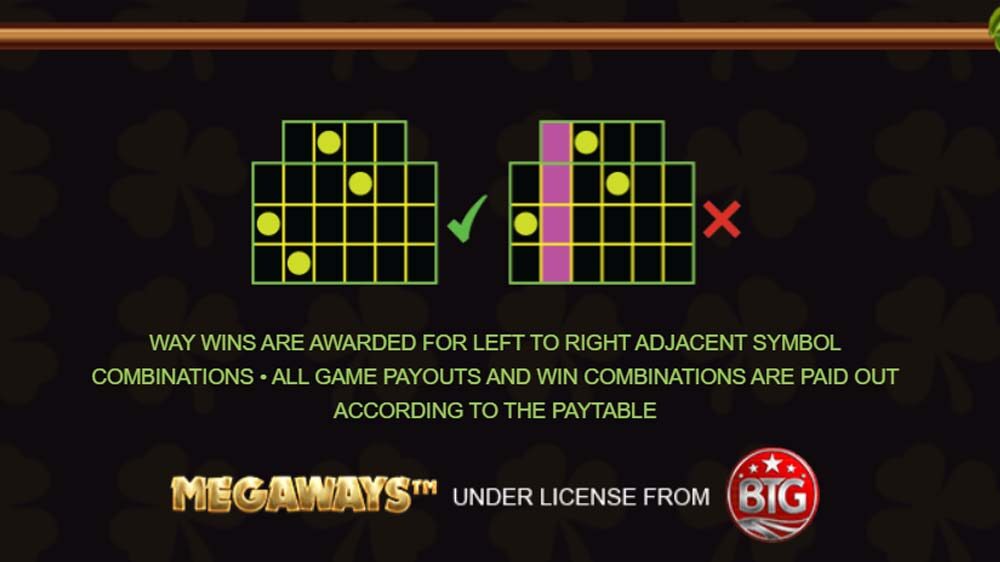 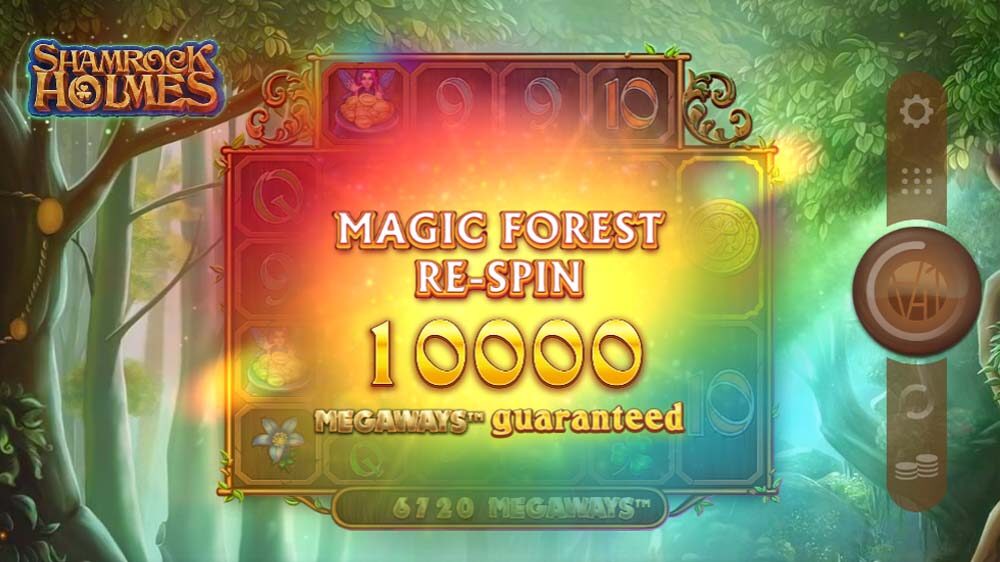 Within this Shamrock Holmes Megaways jackpot analysis, we aim to dissect all the pros and cons the video slot has to offer. The game comes from the developers at Microgaming and All41Studios, whilst also combining up with the famous Big Time Gaming megaways mechanic. The video slot combines Irish Lady Luck with the famous detective. Let’s get into it.

Shamrock Holmes Megaways has got 6 reels with up to 117,649 ways to win. It all depends on how many symbols fall into place on a single reel. You will love the Rolling Reels feature which helps you get continuous win. Plus, there is also a re-spin feature and a free spins feature combined with multipliers as well.

Forming a win in Shamrock Holmes Megaways ultimately depends on matching symbols from the 1st reel. You will find that on the leftist side of your screen, and you’ll need to get at least 3 of the same symbols on the adjacent reels going in the right direction. However, if you’re fortunate enough to land on Shamrock Holmes, you’ll only need 2 on adjacent reels.


In terms of what you can wager, Shamrock Holmes Megaways allows you to place anything from €/£0.20 to €/£20 per spin. Moreover, you will also be able to play using the Autoplay function. This allows you to use up to 100 autospins without the need to manually click the spin button yourself. You can set the win and loss limits so that your device knows exactly what you’re after. Plus, there is also a Quick Spin mode which means you can watch the spins go by at a faster pace.

If you want to play the Shamrock Holmes Megaways title, you’ll be up against an RTP of 96.44%. This is relatively average, meaning that you shouldn’t have any unexpected surprises on that front. Naturally, as this is a megaways slot, you’re going to have a high volatility. In fact, the hit frequency is said to be set at 35.34%, meaning that every third spin is set to record a win. Let’s just hope that it’s going to be worth it. As for payout, the maximum win for this slot is 28,000x your stake.

Now, before you get too confused, we will give you a short summary of Megaways. These are high volatility slots where you get paid from landing symbols on adjacent reels. It doesn’t matter if you’ve got the slots on the same row or not. All that matters is that you’ve got a matching slot on reels 1, 2, 3, 4 and so on. However, to win at Megaways, you’ve got to go from left to right. There is no winning if you go from right to left or from the center to the edge. You start from the leftist reel and go from there. Plus, your win goes hand in hand with how much you’ve placed. That is to say, the more money you wager, the higher your win will be multiplied. You can read up more about what are megaways right here.

By now, the name of the slot should give away what it’s all about. Shamrock Holmes Megaways has got an Irish luck theme to it which is combined with the famous British detective, Sherlock Holmes. The marriage of the two works perfectly in this case as you’ve got excitement and all the symbols of luck on your side.

The soundtrack of the slot is pretty decent too, as it gives an element of calmness to the slot. However, the more you play, the more wins your record, the faster the Irish jig plays and keeps on gaining pace so long as you’re doing well.

The game itself has got exceptional visuals as the graphics and animations are second to none. The gameplay is also exceptional, as it runs using the latest HTML5 technology in place. You can rest assured for a smooth and enjoyable time playing this game. Particularly, as you’re in the hands of Microgaming and Big Time Gaming. The two are considered to be one of the best providers in the world right now, with top-notch quality jackpot slots available. See for yourself!

When looking at the symbols themselves, Shamrock Holmes has got the basic royals from 9 to A. These are the so-called lowest paying symbols in the game. If you look above into the next tier, you’ve got more familiar symbols such as Spring Gentian Flowers, Shamrock Flowers, Pixies with Cauldrons full of Gold Coins and Shamrock Holmes. The latter is the most rewarding symbol in the slot, giving you 1, 2, 10, 25 or 50x your stake depending on if you land 2, 3, 4, 5 or 6 in combination.

The wild of the game is represented by a W symbol which will only appear on the extra reel. That is to say, it may only come on the reel above the main reel area. What it does is substitute all symbols except for scatters and symbols which are involved in a re-spin trigger.

If you’re curious to play Shamrock Holmes Megaways, by all means, you can find some of the best places to play right here. The video slot is accessible on all smart devices including Mac, PC, iOS, Android and Tablets too. Moreover, it pays a high attention to the graphics and animation works on even of the smallest of screens too.

Within Shamrock Holmes Megaways, there are a total of three bonus features available. Namely, those are the Rolling Reels feature, the Magic Forest Re-Spin feature and the Free Spins feature. All of them are just as profitable as each other and complement the game to a tee. Without further ado, let’s get into the features individually.

Each and every time you land a winning combination, the Rolling Reels features will come into play. When this happens, you’ll see the winning symbols clear from the reels and be replaced with new symbols. This keeps on happening until no more new wins are formed. Moreover, it can lead to multiple consecutive wins per spin.

As for the Magic Forest Re-Spin feature, this one can be triggered in three separate ways. However, what all of them require is the Gold Shamrock Coin scatters. Afterwards, you can complement them with the likes of the Pixie, the Leprechaun or Pixies plus Leprechaun.

You will only be able to access the Magic Forest Re-Spin feature through the base game. This will give you a free re-spin with a certain number of guaranteed megaways. Here’s how it works:

The free spins round in Shamrock Holmes Megaways is quite possibly the most profitable round of them all. You will need to collect as many Gold Shamrock Coins as you can. After all, that symbol is the scatter of this title. If you manage to land at least four of them on the reels, you’ll be awarded with 10 free spins. For each additional scatter on the reels, you’ll receive an additional 2 more free spins on top. That is to say, 5 scatters will give you 12 free spins and 6 scatters with give you a maximum of 14 free spins.

At the start of the free spins round, you’ll receive a 2x multiplier. That is to say, everything which you win will be doubled. Each time you trigger the Rolling Reel feature after a win, the multiplier will increase by +1. The best thing about Shamrock Holmes Megaways is that there is no cap for the amount of multiplier boosters you can receive in the free spins round. That is to say, every time the Rolling Reel is triggered, your multiplier value will increase.

Last but not least, if you land on 3 scatters from a free spins round, you’ll receive 3 more free spins. Likewise, landing 4 scatters in a winning combination will get you 4 more free spins. There’s absolutely no limit as to how many free spins you can claim from this perk during the free spins’ bonus round.

Unfortunately, there is no jackpot available in Shamrock Holmes Megaways. Just like in many megaways slots by Big Time Gaming, the jackpot is still missing from the video title.

However, its absence is not the end of the world. You can still claim a massive 28,000x your stake. Thus, on a maximum bet of €/£20, that’s a staggering €/£560,000! We can rest assured that many players would love to cash out just over half a million bucks. Alternatively, you can find many more titles with a real jackpot prize in on our latest jackpot ratings page.

Thus, to conclude this Shamrock Holmes Megaways jackpot analysis, we’ve got to give it up for Microgaming and Big Time Gaming. The collaboration of two great software developers has been an absolute masterclass in success. You can read up about the two creator groups who are both some of the best jackpot game providers out there.

Shamrock Holmes Megaways is one of the best ways to enjoy a video slot which is a megaways along with a creative theme. The idea of putting Irish lady luck and Sherlock Holmes together has been an absolute banger. You can try out the slot for yourself at one of the many online casino sites we’ve got listed and recommended for you. Good luck and have fun spinning.