Card games of numerous sorts are played extensively worldwide by individuals as leisurely activities. However, there are a few variants of card games that enthusiasts especially take time out from their busy schedule to indulge in. One such game is poker. It has a massive base of fans and players who love playing the game. There are numerous theories about the origin of the game. Some historians believe that it originated in China during the 10th century. In contrast, other historians state that the popular card game was developed during the early 19th century in the U.S. Currently, poker has over 100 million players worldwide.

Besides being a popular card game, poker also offers players numerous benefits allagedly. For instance, it significantly improves players’ confidence and decision-making capabilities. Furthermore, according to Forbes, poker also might enhance players’ investment skills. The game is enjoyed by millions of enthusiasts daily in online and offline modes. Numerous online platforms offer different variants of poker games. Such online poker games make it very convenient for enthusiasts to play poker with their friends or family members or against opponents from other parts of the world.

From afar, poker might seem like a very complicated game that is too tough to play. However, once an individual gets to know about the rules and regulations of the game, the card game becomes fun and interesting. Here is a detailed guide about the basics of pokers for interested individuals who wish to start playing the game: 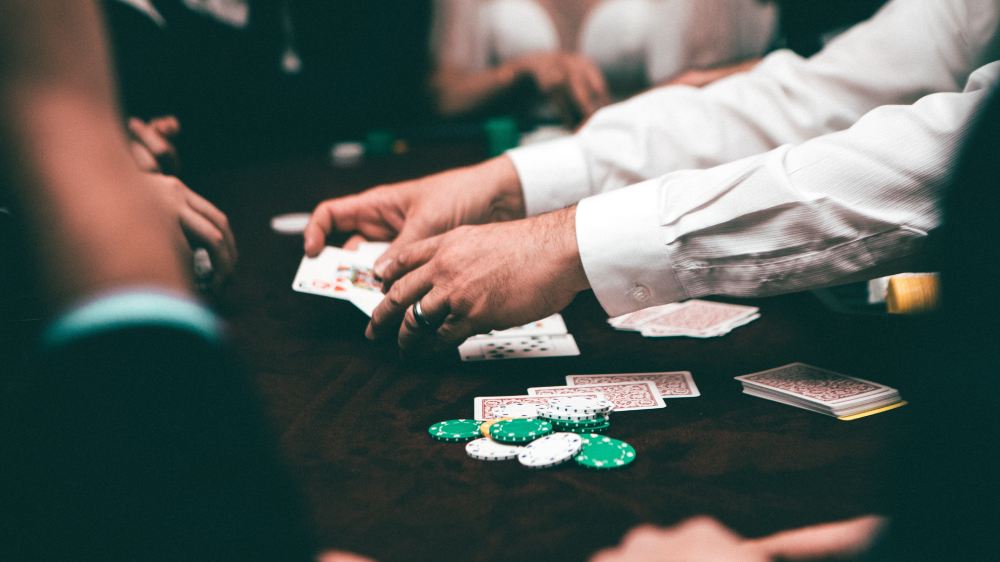 Poker is a collection of different card games in which players place bets over who has the best poker hands, i.e., the best collection of cards. The game is played on other betting structures. Two of the most common ones are fixed limits and no limits. Poker is also widely played as a sport. Massive tournaments are held where top-tier players compete against each other to win extravagant rewards. Poker is considered one of the most profitable sports in the world.

Some of the most common types of poker are:

Out of the aforementioned types, the most popular one is Texas Hold’Em.

Here are some basic terms every beginner should be familiar with:

Ante – Ante is a necessary bet that every player must make before the game starts in numerous forms of poker.

Blind – Blinds are mandatory poker bets that all players place into the pot or wager money before the dealer deals the cards.

Community Cards – Community cards are unique cards placed face-up on the table by the dealer. Any player can use these cards.

Flush – Flush is referred to as a hand that is composed of cards from a specific suit.

Hole Cards – The cards dealt face down to the player are called hole cards.

Limit – Limit is the minimum or maximum amount of bets or raises that players can make.

Pot – The total chips or money wagered on a hand is the Pot. The player who wins the poker match is awarded the pot.

Raise – Raise refers to making a bigger bet than the previous ones during a betting round.

Tell – A change in any player’s behavior or body language that helps others determine their hand’s strength is tell.

How to Play Poker?

Every poker game consists of numerous players and a dealer. The dealer deals or distributes poker cards to every player. The dealer starts the game by providing two cards to each player. They begin the process with the player sitting on their left and end at themselves. The player sitting on the dealer’s left has to make the first move. They have two choices – Either bet any specific amount or do nothing. If the player decides to check or take no action, the next player’s turn comes, and they have to choose from the same options. However, if the player places the bet, the others can choose to implement one of the following moves –

This process gets repeated until every player has put their chips at the centre of the table. Then, the chips are laid out in the middle, and the dealer again puts three special cards called community cards on the table. Any player can use the community cards if needed. This is known as the flop. After the community cards are distributed, any player still in hand can place a bet, raise or fold. After the betting round’s completion, a fourth card is placed on the table, which any player can use if required. This is known as the turn. Again, a new betting round starts, and every player gets a chance to place a bet, raise or fold. Another card is placed on the table by the dealer that is freely available to all players. This is known as the river. After this, the final round starts, where players get the last chance to make a bet, raise or fold.

After the final round, if any player is left in hand, their cards are exposed. The player with the highest-ranked hand is declared the winner of the game.

One of the primary reasons why people show interest in poker is that it offers interesting gameplay. Furthermore, individuals show keen interest in watching fierce clashes between skilled poker players. Interested individuals can refer to this detailed guide and conveniently start playing poker.