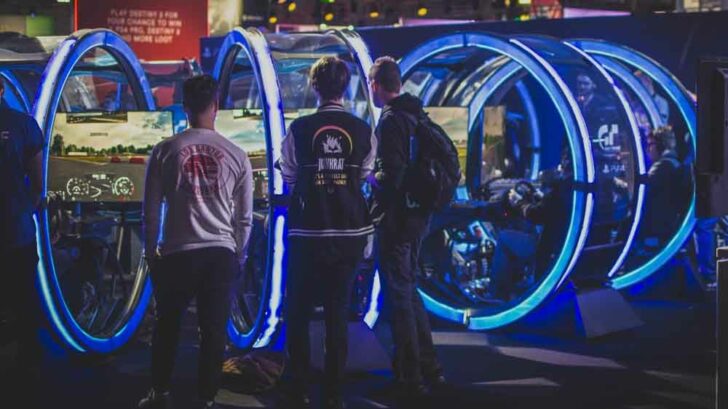 What is an eSports Game?

The term “eSports” stands for “electronic sports”. If encompasses video games that are generally played on a console or the computer. These games can involve teams of players which then compete against each other whilst streaming over the internet. We’re all played these types of games and they are very competitive. So, just as one can bet on another competitive game, like football, so one can wager on the teams or players involved in eSports. And, though you might not know it, the eSports gambling marketplace is huge. Next to the online jackpot sites, this is the most growing wagering market.

Today the whole eSports gambling market is worth around $30 billion. Yes, billion! That’s a huge industry that many people are absolutely unaware is going on under their very noses. Maybe it’s a bit like Youtube. Very few people realize just how big certain Youtuber’s, like Pewtipie, are worth. Right now there are more than 1 billion people worldwide who play and take part in eSports gambling. That translates as 1 in every 7 is playing these games online. Now, many of these players are like us, just casual players who like to hit up the Xbox or PlayStation once in a while. Sometimes we take part in tournaments though nothing either serious or very time-consuming.

Yet there are other players who take these games much, much more seriously. Given that eSports games are so universally popular, it should come as no surprise that there are those who are playing at a top-level. And they actually make a decent living from it. Yes, we’re talking about professional players. Just as with regular sporting events, there’s no big money involved. These players are competing for millions of dollars in prize money. In fact, many of these tournaments are played live in arenas and major venues in front of thousands of paying fans.

Because the interest is so great, you can actually watch live games as they’re streamed over Twitch and Youtube. Even top sports broadcasters like ESPN have picked up the torch and now show live games and championships on their channel. With all this exposure and TV fame beckoning, it’s easy to see why many young people dream of going professional in eSports.

Many of the larger betting companies now offer eSports gambling alongside their regular staple of sporting games. So if you were to pop into a high street betting shop you’d find that eSports gambling is more or less exactly the same as betting on any other sport. Just the same as traditional betting.  With eSports gambling you have your teams, players and different “sports/games to choose from. Fans have their favorites who they follow on social media and go and see at live events. So in truth, there’s no real difference between you having a wager on Manchester City to win a game at one of the sites with Toto Jackpot, or betting on an eSports player to win his/her match.

Because eSports are really beginning to take off, there are constantly new and interesting forms of eSports gambling and betting coming to the marketplace. These include fantasy betting, social betting, skin betting, challenge betting, and, last but not least, the old favorite, real money betting. All in all, as the previously mentioned number show, eSports gambling is an incredibly lucrative business. By the way, in case you don’t know skin betting involves a huge number of fans using virtual currencies to swap, buy, and sell items related to the games in question.

This massively popular game is well represented with the eSport’s community. Every year there are the League of Legends World Championships. And there’s a lot of eSports gambling on the outcomes. The game is known as “LOL” in gaming circles. It’s inspired by the game of Warcraft, which is the famous video game franchise.