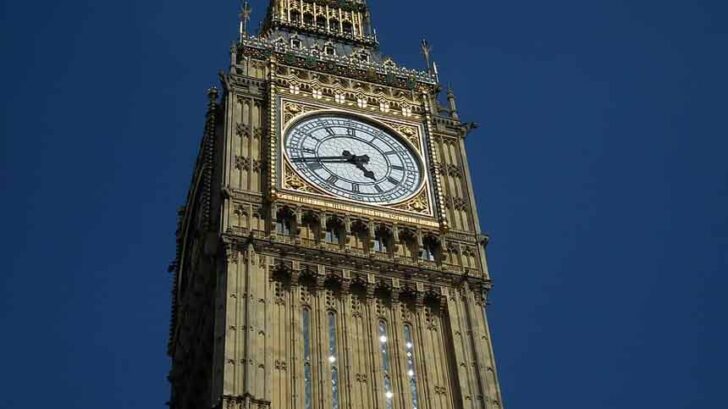 For over two thousand years, the Brits have had an affinity towards gambling. And over that period, there have been many attempts to control or even outright ban, this popular pastime. But trying to stop people playing games of chance or putting an end to their jackpot winning strategies, is like trying to control the weather or the tides. So after every ban against gambling in England, would come a period of regulation. And thus the games would continue to survive.

Rules For You, None For Me

Of course, Royalty could do as they wished, and that included gambling. In many instances, the Kings would rule that these games were only fit for a King to play or his designated opponents. An example would be Henry VIII who was a big fan of the game of dice. When he discovered that his soldiers enjoyed playing the same game, he promptly banned all gambling games, though he continued to gamble, losing the treasury huge sums of money in the process.

Here are some other interesting facts about gambling through the ages in the UK.

Gambling in England: The Queen’s Lottery

England’s first lottery was devised as a means of updating London’s run-down harbors. So, in 1566, Queen Elizabeth declared this as the form of raising the necessary funds. Paper bills with illustrations of the prizes on offer were distributed around the city. The prize was awarded in 1569 and then the much-needed repairs were started. But during those three years, playing the lottery had become immensely popular among all strata of Elizabethan society. A brokerage system was developed in order to sell tickets, the income of which was used to fund public works. As these tickets were themselves very expensive, few of the public could afford to buy one in its entirety. As such, they could buy shares in tickets as individuals. And it’s these brokerages that eventually became the stockbrokers of today.

Private investments that were supported by lottery sales were to continue unabated for the next 250 years. But pressure from a morally outraged Parliament against gambling in England would see this form of entertainment end in 1826. During this period of lottery usage, the Company of London used it as a means of financing the colonization of the Americas. Thanks to these funds, they landed in Virginia in 1607.

The Croupier of Kings

British royalty had such a love for gambling that they even employed their own dedicated dealer. His name was Sir Thomas Neale. Starting as a royal lackey, with the title of “groom porter”, his domain was originally the King’s offices and other duties within the palaces. As time passed, his duties gradually changed to that of becoming chief helper in all things related to gambling within the royal household. Overseeing gambling activities from King James II, King Charles II, and King William II, his job was to provide the materials like cards and dice. Interestingly enough, he actually designed a set of dice that would prevent cheating. He would also oversee all bets and payouts between the Kings and their subjects.

But he certainly was no fool. Being quick to recognize that his job hinged on finding feeble opponents for the Kings he served. He made certain that these gamblers would lose to his masters, thus keeping the Kings both happy and entertained. So successful was he, that King Charles II appointed him to oversee all gambling activity throughout the city of London. Taking to his new job with an almost religious zeal, he set about closing down various gambling dens. Whilst at the same time starting his own lottery business. This allowed him to become exceedingly rich indeed.

Such are the privileges of being close to the monarchy, he was given a seat in Parliament. In 1690, he received a grant to establish a postal service in America’s, and this remains today in the form of the US Postal Service. He was to die penniless, as in spite of all his wealthy and influential connections, he was actually a gambling addict.

Gambling in England: The Middle Ages

All parts of society dabbled in gambling games during the Middle Ages. But the games they gambled on were completely different from those of today. If you were part of the wealthy upper class, then you’d wager on things like chess, cards, horses, and cockfighting. The poor, had no access to such activities, and so gambled with home-made dice at home, in the street, or at the tavern.

In order to try and curb the popularity of gambling in England, King Richard drew up a set of rules as to who could gamble and how much they could bet. In doing so, he proclaimed that gambling was only for the nobility and the maximum wager could be no more than 20 shillings per day. Then in 1388, King Richard II, drew up a set of laws that forbade all forms of gambling with dice and other jackpot games. He also said that gambling was forbidden during workdays.

A few hundred years down the line and King Henry VIII decided to outlaw all gambling unless you happened to be a member of the royal household. Commoners were only allowed to gamble at Christmas and other public holidays. Regulating gambling during this period had very little to do with moral outrage. It was more about social mobility and class. The aristocracy believed that gambling might be a gateway through which the riff-raff could gain access to wealth. Such activities were a possible disruption to society would only lead to its inevitable decline and failure. These games also took the working poor away from their work.

Horse racing has been a popular pastime for gambling since the 16th century. In fact, records show racing at Chester took place in 1539. The same racetrack, known as the “Roodee” is recognized by the Guinness Book of Records as the oldest working racetrack in the world. King Charles II was a horse racing nut and had the track of Newmarket built especially for this purpose. Since then the UK has viewed Newmarket as the “home” of horse racing. In fact, it hosts two of the country’s biggest classic races from there.

Many of the horse races of the time, featured just two horses running head to head. In 1711, thanks to Queen Anne, races started to introduce more horses. The main venue where this took off, was called Royal Ascot Racecourse. It’s also here that spectators could place their bets. An unfortunate side effect of this newfound gambling activity is that certain criminal and shady riders and owners started to come into play.

Keep Out The Great Unwashed

Rather than let the sport of horse racing fall into the hands of the dirty proletariat, the Jockey Club was formed in 1750. Of course, the club was nothing more than a place where gentlemen of high society and influence could gather without having to deal with the great unwashed plebs. The word “jockey” was first used at the Jockey Club. It comes from medieval Gaelic and means “horseman”. Another first was weighing jockeys before races to ensure fairness. It was during the 19th century that horse racing became extremely popular. A whole new business of jackpot winning tips and tricks came about. And the more money being scooped up at race tracks up and down the country, then the more it was fueling greater expansion.

The Jockey cub claim that one of their purposes was to keep criminal elements out of horse racing. And, of course, keeping control of all betting elements. But thanks to the rising popularity of the sport, soon enough there was an influx of working-class trainers, jockeys and breeders.

Gambling Made the Poor Rich

Just like gin and opium, it wasn’t long before gambling in England became an intense problem on the streets of the capital city. Wagers grew in size to unbelievable proportions. Some of the aristocracies wagered their whole family fortunes on high stakes games. More often than not, these types of extreme bets were being placed in private membership gambling clubs, where they could enforce payouts after big losses.

Gambling in England: The Rich Get Poorer

A member of Parliament, a certain Charles James Fox managed to lose over 120,000 pounds over a three year period. That’s almost £7 million by today’s rate of exchange. Some members of higher society were literally losing their shirts. But there were members of the working classes who were able to score some decent wins and leave behind the slums of London. And it wasn’t solely via gambling games that some high society members were able to see great losses. The newly trading Stock Market saw many fall foul of understanding what they were buying into and losing everything.