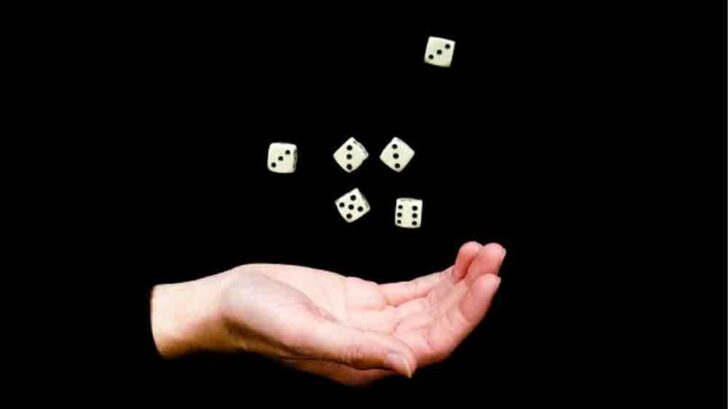 Gamblers like to refer to lucky machines as “hot” and the same applies to tables where they have experienced good fortune. Of curse, when luck is on your side, it appears as though you can do no wrong. Everything you touch, even without a second thought, is turning to gold like King Midas. You are feeling accomplished and as if you’re invincible. In fact, others crowding around you are there to siphon off some of your good vibe/energy/karma for their own use. If feels that being lucky is enough to attract yet more good luck. That’s the nature of the hot hand fallacy. And then, without warning, it all over as the next roll of the dice or turn of a card shows that all luck will run out eventually.

If you would like a “hot hand” you must learn how to win the jackpot by following a proper strategy.

The really crazy part of all of this is that we all know, deep down, that casino games are games of primarily, luck. Of course, when you’re in the “zone”, it feels more substantial than that. You might feel that somehow you and the game “understand” each other. Or perhaps, you’ve caught the game at exactly the right moment. But in the end, that’s nothing more than the hot hand fallacy working its way into your brain.

In reality, it all comes down to math and statistical probability. In other words, the math behind the concept of “luck”. It’s no more and no less than an upswing invariance. Yes, that does sound rather cold. You have to keep in mind, neither the cards nor the dice have any sort of memory. These tools cannot “remember” what has happened a few moments ago. They cannot predict the future, let alone somehow point a positive outcome in your direction. That’s why it’s called the hot hand fallacy. Because it’s not true. The game is not a living or sentient being, capable of feelings. The game is not “being nice” to us. All that is certain, is that for a short period of time, you were bucking the house edge. That’s all. Just forget all this hot hand fallacy stuff.

The Hot Hand Fallacy: But What if I’m Due?

Along with the hot hand fallacy, there’s another misconception. That somehow you are now “due” a win because so many losses have already passed. In the same way that the coin toss is random, so it is with all casino games. There is no “due” time any more than there is a time for losing. It’s all part and parcel of the game in questions, and after many, many turns or spins, it’ll all even out in the end. So it’s not that you’re struggling to catch a lucky break. It’s just the random nature of random things. Yep, they are random! Even more, if you play at the online jackpot sites, you have the same chances.

Sometimes you’ll find yourself stuck in a Groundhog Day of rinse and repeat losing. It’s like you’re suffering the world’s longest losing streak. But keep in mind, that every time you throw or spin, you’re actually starting the odds process anew and the result has no connection to the last one or any number of those that came before. It’s all just random. The idea of “being due” is completely false and hence it’s referred to as the “Gambler’s Fallacy”. If you really believe in this, then it’s going to be hard to get you to stop playing even when you’re losing.

That lucky break we were all witnessing at the beginning of this article will come to an end. That’s just the random nature of things. That’s why it’s called gambling….simply because we don’t know what comes next. So, keep in mind that a hot or a cold streak are nothing more than a product of randomness. Keep a level head and don’t get sucked into such silliness as believing in the hot hand fallacy. Just go and enjoy yourself.