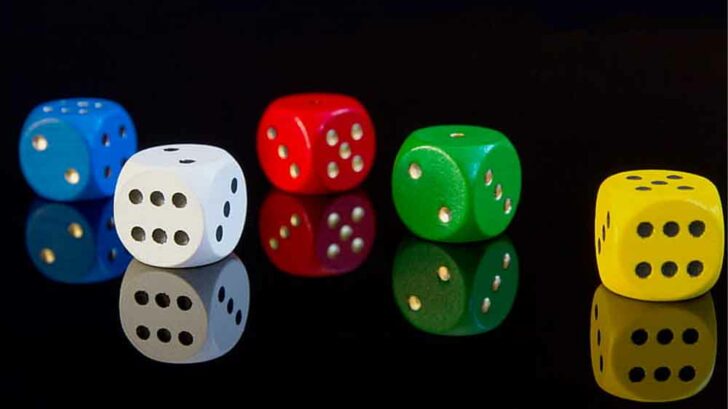 Introduction: How to Play the Mexican Dice Game 21

The object of the game, apart from getting paralytic, is to roll a lower combination of two dice or deceive the other players into believing that you have rolled a lower number. Though part of the fun of the game is watching others fall into a drunken stupor and yet still try to continue to play, the Mexican dice game can be played sober with non-alcoholic beverages instead (though why would you want to do that?).

Anyhow, if you would like to stay sober, stay home, and check out the online jackpot sites.

You don’t really need much for this game. A couple of six-sided dice and a nonclear cup to hold them in. There does need to be some sort of pecking order so one player doesn’t end up drinking all the supplies. To that end it’s best for everyone if they are sitting in a circle. In order to start the Mexican dice game, everyone rolls one dice. The highest number begins.

Let’s start. The first player rolls both dice inside the cup. He then looks at the results but does not show anyone. He can then announce the real number or tell a lie. Oh…the score of the dice is not the total of the two. It’s simply the highest number first. So if you were to roll a couple of 2’s, then the result would be 22, not 4. Now the next player needs to roll a lower combination than the previous one. If he doesn’t he can always turn to the next player and tell a bare-faced lie. If that next player believes him, he takes the dice in the cup and proceeds to roll.

But if that next Mexican dice game player does not believe the previous one, he can then ask for the dice to be shown. If the previous player was caught in a lie, then he needs to down one-third of his drink. On the other hand, if he was telling the truth, then it’s the next player who’ll be needing to down his third. Whenever a player takes a drink, then the dice is “reset” to zero for the next turn.

OK….now pay attention. Rules with numbers can start to get tricky with the Mexican dice game after a few drinks. If the same numbers are rolled, then the combination of numbers, as opposed to the two same numbers, is the stronger. For example, if you were to roll two 6’s, it would be considered to be a lower value than, say a 1 and a 4. So if follows that if two 1’s are rolled, then the next guy will be having a drink. If a 2 and a 1 are rolled, the gameplay switches direction, ie going from clockwise to counter-clockwise. By the way, it’s this combination of a 2 and a 1 that gives the game its name. When anyone scores this, then everyone else shouts “Mexico!”.

Of course, you can certainly knock yourselves out by inventing special rules. That’ll make the Mexican dice game even more fun. Some basics are with regard to dropping the dice and breaking the cup. One dice dropped equals one extra drink. Two dice dropped is two extra drinks. As more drinks are consumed, then a common problem is mixing up totals (a 2 and a 3 is not 23 but 32…take a drink!). The game ends with all players sound asleep. In their vomit! They should rather try to win the jackpot online.