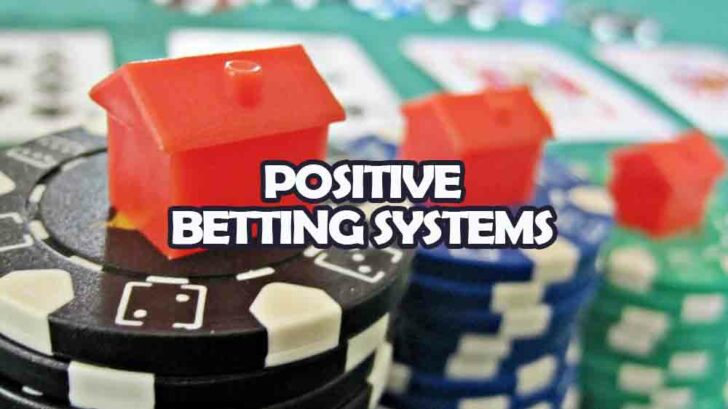 Another scientist who became interested in the subject or random chance was Albert Einstein. For a while, his obsession was centered around how one could beat the roulette wheel. His conclusion was that it wasn’t possible and he later said, “The only way to beat Roulette is to steal the money when the dealer’s not looking.” Any logical head can see that he was absolutely correct. The main takeaway here is that there is no system of mathematics that can be employed in order to beat the house edge. Anyhow, in our collection of best jackpot strategies you can find worthy sources to find the best system for you.

So, though we can clearly see that science cannot help with random events, some people insist on the opposite viewpoint. So they simply invent the science and mentally massage the results so that they are able to provide “proof”. These are the so-called “gambling systems” we can read about. The one thing they often have in common is a mathematical sounding name. To make them sound more legitimate, you’ll hear them referred to as “money management systems”, which they are, in a roundabout way. There are essentially two types of gambling systems; the negative betting progression and the positive betting progression. They both exist because the gambler is ignorant of some basic rules when it comes down to probability and how numbers function.

A negative progression system is when you keep on increasing your bets after each loss in the vain hope of winning back the money you have already lost. This is super bad news. Within a few rolls of the dice, your entire bankroll is gone. You’ve probably heard of the Martingale, where you should double your bet after each loss. It’s really hard to call this a “system” as common sense would tell you that it doesn’t work. Giving it a fancy French name doesn’t make it any more viable. Though this system has caused more calamity for gamblers, there are still those who will give it a try.

With the negative out of the way, let’s take a look at some positive betting systems. The idea here is to bet more when you’re winning and less when you’re losing. But the foolishness of the “system” is how on earth can you know when you’re going to win or lose? Of course, you can slowly increase your next stake after a win and stick with the minimum table bet after a loss. This ladies and gentlemen is the positive progressive system. If you’re going to follow either of these two “systems” then we suggest that you stick with this one. At least with the positive progressive system, you can’t have all your bankroll disappear after a series of losses.

This is a positive progressive betting system that’s really designed around the idea of taking advantage of winning streaks. The first thing to do is to choose the number of wins that you’ll call your “progression”. For example, before you start to play, you’ll say that 3 wins in a row is the number of your progression. With this in mind, let’s see how the Paroli system works.

Let’s say that your first bet is $5 and you win. Your second bet placed is $10. Here you win once again. Then you place a third bet of $20. You win again. This represents the stopping point for your Paroli bets. As you’ve won 3 in a row, you now go back down to betting $5 again. You then continue with this system throughout the game. Some people will up the limit to 4 or 5 wins in a row, though in these cases it’ll be much harder to complete the cycle. If you lose any bet, you return to the minimum amount of your first bet and begin the cycle again.

Positive Betting Systems: One Half Up

Bear with us as now things are starting to get a little complicated. The one half up betting system is probably one of the most popular positive betting systems in play today. Simply put; only increase the bet amount after you win two bets in a row. At that point the bet increase should be no more than one half of the original wager. For example; your first bet is for $10 and you win. Technically you are now even, so there’s actually no progression at this point. You make another bet for $10 and win. So now you’re ahead by $10. You then bet $15. Now if you win the $15 bet, then you’re next bet would be $20. If you were to lose, you’d go back to $10 bets. But you would still have an overall profit of $15.

Does It Really Work?

Well, mathematics says nope! Because each roll of the dice or dealing of a card is random. OK…we’ll grant you that it could work over the short term, as luck can fall into either positive or negative territory. But the nature of probability means that over the long run, all things will balance out and become equal, apart from the fact that the casino has a house edge on every gambling action within its walls. You’ll often hear folks say that it can function well, but only on winning streaks. As if winning streaks are nothing but luck. But positive betting systems are better than the negative ones.

The casino business model is about separating you from your money. All these gambling systems can really do for you is help slow down the rate of loss. A negative progressive system is a pure madness, and we can all agree with that. But on the whole, a positive progressive system cannot really hurt you. Of all the betting systems this is the one we would say, go ahead and knock yourself out. But remember that it only works if you first collect enough winnings so that you can increase your bet with the profit. By the way, if you don’t want to count and worry about a strategy, just pick one of the online jackpot sites.

Let’s Not Forget About Human Nature

The real problem with positive betting systems is simply human nature. Gamblers are an impatient bunch. And most of them would have real problems waiting for the small profit to accumulate before raising their wagers. We humbly suggest, that rather than falling down the rabbit hole of betting systems, you simply set your limit, and go and have fun. If you start taking it all too seriously, then it’ll end badly.