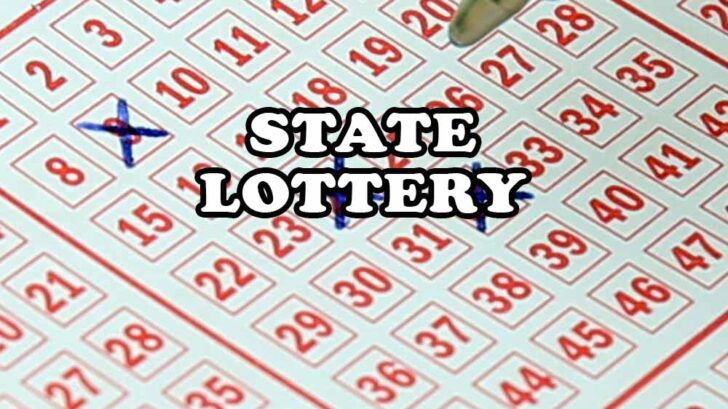 In the US, every year huge amounts of money are spent playing state lotteries. The number comes in north of $100 million and keeps going up. In particular, multi-state lotteries like the Powerball and Mega Millions keep bringing more and more customers to the table to buy a ticket with the hope of claiming those equally massive prizes of up to $1 billion from these state progressive jackpot lotteries.

But there is a hidden danger that comes hand in hand with being the winner. You may well become a target for all types of scammers, fraudsters, greedy distant family members, and heavy charities. The problem is that lotteries need a lot of publicity to keep those ticket sales moving upwards. That means that in nearly all cases, if you’re the winner, then expect to see your face and name splurged all over the media. More often than not, this is a public requirement of the lottery winner. So if you’re trying to remain anonymous, then maybe you might consider not playing.

The State Lottery: The Freedom Of Information Act

Each and every US state has a Freedom of Information Act, which, being the law, the state lottery is therefore obliged to follow. Essentially, this falls under Federal Law, and states are obligated to disclose the information if any member of the public requests it. Another factor in remaining out of the spotlight is that lottery commissions are, to all intents and purposes, governmental agencies. As such, they operate with public funding. So to ensure transparency to the whole lottery process, they are obligated to show exactly where those funds go. This is a way of allowing the state to prove that the lottery isn’t somehow rigged.

Now, some states just stick with publishing the winner’s name, city, county and the amount won. But there are other states that require a photo or even a video of the winner. And finally, there are yet other states that have the ball-breaking requirement of having to partake in a live TV press conference. So much for hoping to hide away with your newfound wealth. It’s often the case that in order to receive your winnings, you’ll be needing to sign a waiver. Thus allowing the state lottery company to use your image as a form of future promotion. So there’s no escaping.

Some years ago there was an audacious and ambitious scheme to defraud the lottery. It involved an employee of the Multi-State Lottery Association (MUSL), which is the parent company that controls both the Powerball and the Mega Millions lotteries.

The head of security at the MUSL, a certain Edward Tipton decided to take advantage of his position within the company and commit a number of frauds between 2005 and 2013. He was able to successfully rig five state lotteries. These states were Iowa, Oklahoma, Colorado, Wisconsin and Kansas. In the first incident, his own brother, Tommy, managed to win the $568,990 Colorado lottery jackpot. The big helping hand came with the fact that it was Edward who had designed the random number generator. Tommy got a friend to make the claim with the offer of a 10% cut. So far, so good!

Two years later and the state lottery of Wisconsin fell to our intrepid friend. The lottery prize was of $783,257 was paid out to a limited liability corporation which was controlled by a person named Robert Rhodes. Later records go to show that the corporation transferred the monies over to Edward Tipton.

The State Lottery: Let’s Try A Claim In Oklahoma

Emboldened by their success, the third indecent occurred in November 2011. A certain Kyle Conn was trying to claim the winning ticket for the Hot Lotto. This was the name given to the precursor, The Lotto America. These jackpot games were worth $1.2 million. Conn, who hailed from Texas claimed to have purchased the ticket in Oklahoma. But state lottery officials became suspicious after noticing that not only was Conn a rare player of the lottery but that he also bought his ticket out of state. He also specified the winning number manually (ie wrote them on the ticket) as opposed to allowing a lottery’sown machine to pick a number at random. of course, Tipton was behind this, having rigged the random number generator to select the winning numbers.

Also in November of 2011, Philip Johnston, who was resident in Quebec in Canada, telephoned the Iowa lottery company to claim the winning ticket for the state lottery jackpot. He claimed that he was far too sick to come and claim the prize in person, but did provide the 15 digit code that was needed to verify the validity of the ticket. But he still wasn’t able to get his hands on the winning amount of cash because he was unable to answer some basic security questions that would prove he was the actual owner of the winning ticket.

Then on December 6th, Johnston was to try again. This time he stated that the winning ticket was actually owned by a trust, which was in turn representing an anonymous individual. But the state lottery rules in Iowa forbid anonymous claims. You’d think he would have done some basic homework before embarking down such a road. But whatever Johnston was, he certainly was persistent. A few weeks later, on December 29th, he tried yet again. This was actually just before the deadline for claiming the ticket was to expire. This time a law firm based in Des Moines took the winning ticket to the Iowa Lottery headquarters. It had been signed on behalf of the trust and a New York-based attorney called Crawford Shaw. But the trusted name was misspelled on the ticket and as a result, the claim was once again refused. Talk about incompetence!

One month later, in January 2012, the lawyer Shaw met in person with Iowa lottery officials still trying to claim the winning ticket was valid. This time things quickly went south when Shaw refused to name the individuals behind the trust. In the end, Shaw withdrew his claim and the lottery monies were added back into the lottery prize fund to be rolled over for the next drawing.

The State Lottery: The End Is Near

For Tipton, the beginning of the end started in October 2014. He was caught on surveillance camera whilst buying a ticket at a QuickTrip convenience store in Des Moines. The problem for him was that it was totally illegal for any employees of the MUSL to participate in any lottery games. This simple act was to lead to his arrest in 2015. He was charged with two counts of fraud for his attempt to illegally participate in the lottery. Also, he was charged with using fraudulent means of claiming lottery prizes.

In September 2015 he was sentenced to 10 years on two counts of fraud. Then he was tried for his lottery scams going back to 2005. For these, he received an additional 25 years.

The State Lottery: Forming a Trust

Now there are some states that do allow an “entity” to be able to claim a prize. These are more often than not, trusts which are formed by the winner’s lawyers. This is in order to shield them from any publicity. These trusts are legal tools. Before claiming a prize, nearly all winners will contact a lawyer who will help organize their legal lives before taking home any of the money. To that end, he may also assist in setting up bank accounts in the trustees’ name. But sometimes things don’t go as the winner would like. One such case happened in New Hampshire in 2018.

A woman, who we’ll refer to as “Jane Doe” managed to win the Powerball of $559.7 million. Following the advice given to her by the state lottery company, she immediately signed her ticket. This was a wise move so that no one else could make a claim if the ticket got lost or stolen. The problem was that she wished to remain anonymous. But having signed the ticket then her name would become part of the public record. In the end, a judge ruled that though the state could release the name of her town, they couldn’t release her name.

What Do States Require?

You’ll find that each state lottery has its own rules on what needs to be disclosed if you happen to win the lottery. If you go to the official lottery commission’s website, it should be stated there. This will also then give you an idea of the best lotteries to play, depending on your wants and wishes after winning big. As of 2019, a total of 44 states, two territories, and also the District of Columbia all enjoy lotteries. Mississippi has just joined the club and will have a state lottery up and running later this year.