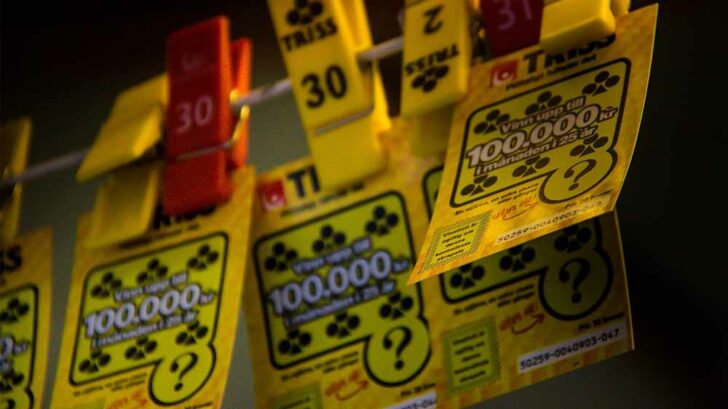 For all our readers, we’ve got quite the article for you. Today, we look at what are Scratch Cards and how to define them. Plus, we give you an insight on what these so-called instant games are all about. Have a read to learn all there is to know about Scratch Cards.

What are Scratch Cards? An Introduction

First and foremost, let’s get straight into it. To know more about scratch cards, you’ll need to know what these games are all about. Scratch Cards, or so-called scratchies, go by the name Instant Lottery as well. This is because, within a matter of seconds, a player will know if they’ve won or lost. These instant games are incredibly profitable and easy to play. In fact, there’s absolutely no strategy required at all. It all boils down to the luck of the draw.

Typically, scratch cards will deploy a 3×3 grid with 9 hidden symbols. After placing your bet, you’ll be required to reveal all the symbols. If you manage to match-up three of them, you’re in for a reward. Obviously, not all scratch card games are the same. Some of them may only stipulate that you pair up two to record a win. Others may have a completely different layout and way of playing. Ultimately, however, your objective is to match symbols with one another. By doing so, you win rounds. The more rounds you win, the bigger chance you’ve got of actually bagging some loot that makes it all worthwhile.

What makes online scratch cards more interesting than the traditional way of playing them is that you’ve got far more choice. Before the likes of the internet and online gambling was on the cards, scratchies were only available in post offices and local betting shops. You’d have only a few variations to choose from and have to scratch off the hidden symbols using a coin or a pick. Hence, the name “Scratch”.

However, thanks to the advances in technology, nowadays, the worlds your oyster when it comes to playing scratch cards online. You’ve got a wide selection of choices with many themes which may be familiar. For instance, branded scratch cards exist such as Sherluck Scratch. As you may guess, it takes after the infamous detective, Sherlock Holmes.

When playing scratch cards online, you’ve got far more to the game than before. The added element of special features may also come into play. Some scratchies may give you a number of free spins which will give you a few chances to playing to win without actually spending any more money. Moreover, online instant games have also got several elements such as playing with how much you’re willing to spend. Let’s draw you a picture.

When playing many scratch cards online, you’ll be able to choose between €1 to €5 per round. If you win, you will typically be paid out as a multiplier. For instance, 10x your stake. Thus, if you’ve bet €1, you’ll claim €10. And, if you’re a high roller who’s placed €5, you’ll win a whopping €50.

Don’t worry about the fairness

Many of our players who are new to the world of online scratch cards may take issue with how decent your chances are of actually winning. Well, here’s where it gets good.

Online scratch cards use an RNG (Random Number Generator) to ensure that all results and scratches are going to be 100% fair and down to complete randomness. Thus, the odds are not going to be out of your favor as there’s just an algorithm that ensures each and every outcome is completed at random. In fact, one might even go on to suggest that you’ve got a better chance of winning whilst playing online than purchasing your scratch card in person from a betting shop.

Most scratchies will even include an RTP value. This is measured as a percentage to give you an idea of what the house advantage is. For instance, if the RTP is 98%, then the house advantage will be 2%. So, if you play 100 rounds with €1 per game, you’re likely to win back only €98. The house advantage will take the €2 from you as you’re playing. However, within those 100 rounds, you’ve got a good chance of winning bigger than just €98. Thus, the RTP is still relatively high considering you’re the one who’s playing and can win big at any given time. The RTP is just a value to give readers an idea of how rewarding the game is. It should not be taken too seriously, as it is an estimated value over an extended period of time. Typically, we’d recommend you play games with an RTP from 95-99%. Even the ones from 90-94% are considered to be average. Anything under 90% is considered as a relatively low RTP value.

What makes Instant Games so Popular?

The thing that stands out the most for online scratch cards is that they’re so simple to play. Basically, anyone – above the age of 18 – can play scratch cards so long as they’re ready to throw down a few quid. The aim of the game is easy to follow. Match symbols and win money. Ultimately, it is this simplicity that makes scratchies such a popular choice for players.

Think of it as such. Many players love all the jackpot slots that get them at the edge of their seats. However, it’s those same games that include expanding wilds, bonus rounds, mini, minor & major jackpots, and Cluster Wins. By expanding into all the foreign territory of what video slots can do nowadays, many players like to take a step back into the simpler and faster way of gambling. Thus, making scratch cards a whole lot simpler, easy to follow, and faster to record wins.

How to Play Scratch Cards Online

Now, onto the bit which gets interesting, how to actually play these slots online. Your safest bet is to stick to the best Scratch Card jackpot sites we have on offer. After all, these are the ones where you can find the best games accessible in your country and with the biggest prizes.

Scratch cards can be played on all types of smart devices. You’ve got your iOS devices, Androids, PC, Mac, and tablets. All types of online scratch cards are available for anyone with a WiFi connection. The majority of them will not even require you to download any additional Flash drive or anything.

Here’s one recommendation we’d like to put into your mind. When playing Scratch Cards, there is absolutely no strategy you can use. It all comes down to how lucky you are and if you’ve got a winning ticket or not.

Hence, we’d leave you with this. Always play scratch cards online with how much money you’re willing to spend. Don’t chase losses. Don’t dream of the millions – necessarily. Set a balance of how much you’d like to spend in one evening and stick to the budget. In the long run, you’ll be far gladder if your pockets aren’t going to be empty from too many scratchies.

Last but not least, we look at another top reason to play instant games online. When playing scratchies online, you’ve got the added element of actually having a jackpot. In fact, there are some slots, which have massive jackpots attached to them.

Unlike the traditional scratch cards, these jackpots are far more likely to hit and can be worth a major amount. Thus, we’d truly recommend you give jackpot scratchies a go and who knows, you may even win the mega-prize!

One game, which has been mentioned before, is certainly a contender for a massive jackpot scratchy. Sherluck Scratch is the one you’d like to have a go at with the jackpot rated at 50,000x your stake! You can play the game at casino sites like Bet365.

Thus, to conclude this article on what are scratch cards, you certainly can’t go wrong with having a go at one of these titles. Playing scratch cards online is certainly an eye-opener and can be considered as an improvement when compared to video slots. If you’ve strictly come to gamble, there’s no way better than playing scratch cards. Quick results, small wagers, and high payouts. If you’re curious to try out scratchies for yourself, head on over to our list of casino sites and get scratching away!