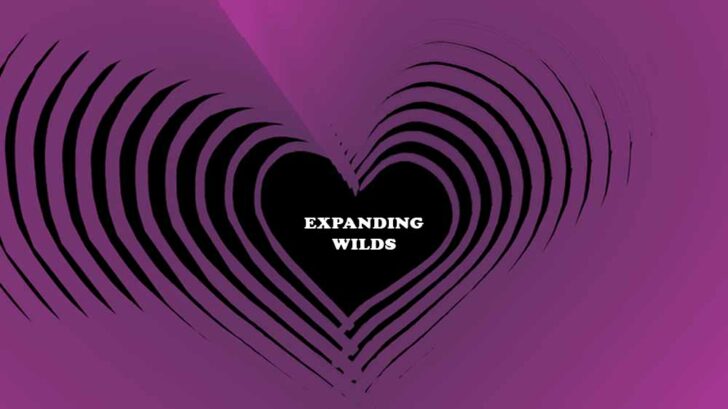 If you’re curious about knowing what are expanding wilds and how to find them, you’re in the right place. Thus, if you’re looking forward to having fun with awesome Wilds and video slots, you can do that right here. Let’s take a look at it.

What are Expanding Wilds? An Explanation

What exactly are Expanding Wilds then? Well, to know this, we’ve first got to identify the definition of standard Wilds.

You can find Wilds in almost all types of video slots. The simplest definition of a Wild is a symbol on the reels which can substitute all other symbols. Thus, giving you a better chance of winning.

Expanding wilds, on the other hand, are far more profitable. Although they’re not found in every single jackpot slot, expanding wilds would give you a full reel which turns wild. When this happens, you’re in for an abundance of wins.

The best thing about expanding wilds is that they’re not just fixated to one position alone. They can rotate and even move around the reels, giving you a far better chance of actually claiming a win.

The Best Slots with Expanding Wilds

If you want to be a major success at online video slot playing, you will do well to try out some of these listed games below. We’ve concluded a number of slots that include an expanding wild feature within them. Let’s take a look.

One of the most popular video slots with expanding wilds is NetEnt’s Starburst. The 5-reel, 10-payline slot has got it’s one and only feature called Starburst Wilds. During this feature, you’ll see many wilds displayed on the reels and if you land enough of them in a winning combination, they’ll cover up an entire reel! Unfortunately, however, you don’t have any other features in the title such as a Free Spins round. Feel free to look at our complete Starburst jackpot analysis right here.

Jack and the Beanstalk

This 5×3 video slot has got 20 paylines to it. Plus, you can play with a relatively high RTP value of 96.28%. In NetEnt’s Jack and the Beanstalk, the Walking Wilds feature basically acts as a typical Expanding Wilds system. You will see the wild walking one space to the left or right and naturally re-spin until it is completely off of the reels. Have a read through our Jack and the Beanstalk jackpot analysis right here.

The last but not least video slot to mention with expanding wilds is none other than Hall of Gods. Interestingly enough, all these slots come from the same provider group, NetEnt. It seems the software supplier has a soft spot for wilds.

Anyhoo, Hall of Gods is an Ancient Greek-themed video slot which has got it all. Including also three separate jackpots too! Read up more in our Hall of Gods jackpot analysis.

We hope that now, come the end of this description with a couple of examples, you will now know what are expanding wilds. Feel free to try out any one of the games mentioned above at any of our NetEnt casinos. And remember, games with wilds are always going to be slightly more fun and profitable than those without them. You can also find the best and latest jackpot ratings right here too.  Just in case you want to go for a slot with a higher paying prize.