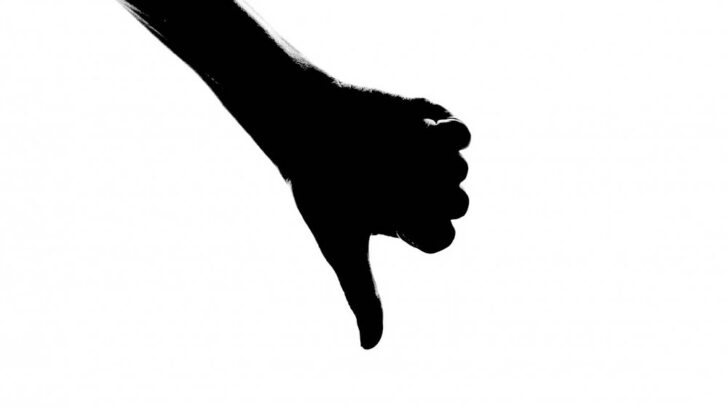 Winning the lottery is a blessing and a dream most of would like to make a reality. However, winning life-changing money can be a curse, and the world’s biggest lottery winning losers can attest to this.

Without a doubt, gamblers around the world dream of hitting big on the biggest lottery jackpots. Furthermore, there’s no denying that winning the jackpot can make most if not all our dreams come true.
Despite the incredibly low odds of hitting the jackpot, several players have claimed the biggest lottery jackpot wins of all time. However, it’s not always a happy ending for all the winners. Some winners run into unfortunate situations leaving them worse off than they were before they won the lottery.

On the other hand, some lottery winning tickets have even gone unclaimed.

Consequently, we’ve handpicked the world’s biggest lottery winning losers who couldn’t find the pot of gold at the end of the rainbow.

Undoubtedly, the first thing that comes to mind when one wins the lottery is to celebrate and party hard. However, one particular UK lottery winner took his celebrations a little too seriously.

In November 2002, Michael Carroll won the £9.7 million on the UK National Lottery at the mere age of 19. Within five years, Carroll blew chunks of his lottery winnings on endless parties fueled with alcohol, drugs and prostitutes.

All in all, Carol who tops the biggest lottery-winning losers list lived carefree and wildlife. However, Caroll’s lavish lifestyle would start to come to an end with constant run-ins with the law.

Remarkably, Carroll’s spent almost all of his UK National Lottery winnings within 10 years. Now, Michael Carroll has had to humble himself as coal miner working seven days a week.

In times of doubt and uncertainty, some of us seek the guidance of our local preacher. However, one particular Pentecostal preacher in the US would have wished he sought the guidance of a post-lottery win guide.

In June 1997, preacher Billie Bob Harrell Junior’s life would soon change after winning the Texas Lotto jackpot of $31 million. First, the preacher opted to cash in his winnings at an annuity of $1.24 million.

Undoubtedly, Billie Bob Harrely Jr. was very generous with his winnings helping friends and family, the church, and his community. However, his inability to say no would ultimately land him on the list of the world’s biggest lottery winning losers.

All in all, many took advantage of his kindness and generosity, and the requests for more money kept on pilling up. Soon the burden would prove unbearable as almost all his winnings went to others.

20 months after claiming the lottery win, he filed for bankruptcy, and ultimately he took his own life.

Lastly, Andrew Jackson Whittaker Jr. completes our list of the worlds biggest lottery winning losers. In December 2002, he won a whopping $315 million on Powerball. According to the latest lottery news, this at the time was the biggest jackpot ever awarded to a single Powerball ticket.

Before the incredible lottery win, Whittaker Jr. was already a self-made millionaire thanks to successful ventures in the construction industry. However, his added fortune came with a whole lot of setbacks, misfortunes, and tragedies.

At first, he opted to take a lump-sum payment of around $113 million instead of an annuity. Overall, Whittaker Jr. was generous with his winnings by setting up a charitable foundation and donating to Christian charities. However, the lottery winning curse would inevitably catch up to him.

In addition to drug and alcohol abuse, he was robbed on several occasions losing around $750,000. At this point, he wishes he had torn up the winning ticket. All in all, his family fell apart, and Whittacker Jr continued to fall victim to several scandals and lawsuits.

Without a doubt, not all lottery winning stories have a happy ending to them. However, you don’t have to fall victim to this when trying your luck on the best lottery to play and win the jackpot.

Furthermore, be sure to check out our sites to win the jackpot and our jackpot-winning strategies to maximize your lottery winning chances.