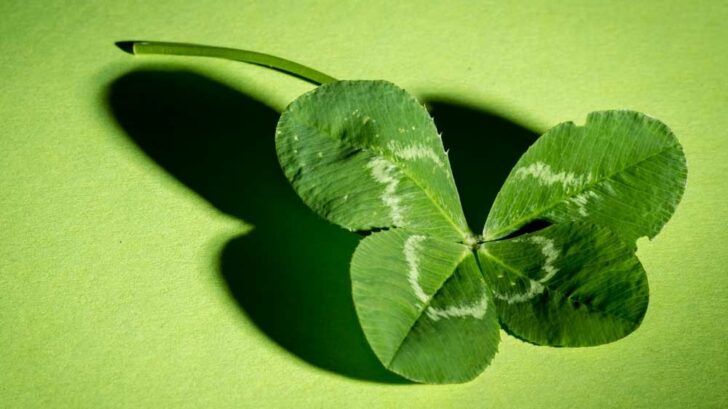 Introduction: When A Jackpot Pays Nothing – Beware Machine Error

All those hopeful customers who make up most of a land-based casino’s gamblers are busy playing at the jackpot slot machines. All of them have a dream, that the next coin will cause the machine to start to light-up after winning the jackpot. And the dreams get bigger with progressive slots machines, as the prizes can be massive life-altering amounts. But for some, the sheer high of having won is met by the depressing low, that the machine was somehow faulty.

For example, recently a casino player claimed to have won a $34 million jackpot and even had the ticket printout. The casino for its part simply refused to pay out claiming that the result was a computer glitch. Right now the customer is taking the casino to court.

Poor Katrina Bookman. She must have thought she was dreaming when she was presented with a printout ticket. In fact, just to be sure it wasn’t a dream, she even took a snapshot of the jackpot amount on her phone, standing in front of the machine, clutching her life-altering ticket. This took place at the Resorts World Casino in New York. But, unfortunately, things are not quite what they seem.

Fully expecting to receive a huge amount of cash, poor Katrina had to make do with a paltry $1.76. This is the payout based on the value of the reels at the time her ticket was printed. After informing the floor staff at the casino that she was a lucky winner, she was practically manhandled off the premises. Being in the USA, the first thing she has done is to find a lawyer to represent her and her fight to get “her” money from the casino. She claims to have been left anxious and depressed by the incident.

The Casino Have Themselves Covered

The real question is whether the casino can be compelled to pay a jackpot when they claim an error occurred. Bookman’s lawyer is saying that they are seeking damages, not just for the plaintive, but also against the casino for failing to maintain their slot machines. They have also thrown the game’s developers into the pot as well. The Resort claims, that’s it’s easy to prove it was a simple malfunction.

Whatever her jackpot winning strategies were, her chances of getting anything are slim. That’s because the New York Gambling Commission already insists that all slots under their jurisdiction must display a sign stating that “malfunctions void all pays and plays.” So there it is, in black and white. Just keep that in mind whenever you’re playing the slot machines, that they can still deny your winnings. One of the problems, in this case, was that the casino was not forthcoming about exactly how or why the machine had a malfunction. And wherever there’s a vacuum, then someone’s going to fill it, probably with some form of misinformation.

Not an Isolated Jackpot Incident

Because so many of today’s casinos are running with the software, you’d think that cases like this would be firmly left behind in the past. These so-called “mistakes” should be getting rarer over time, as systems identify and deal with bad coding. Unfortunately, that’s not the case.

Back in 2011, another famous case of casino slot machine fault occurred. This time the winning amount was a staggering $42 million jackpot hit on a Miss Kitty slot machine. The 87-year-old grandmother who was the lucky winner never got to see the prize. Instead, she was offered the sum of $1.85, which is what the symbols on the screen at the time were displaying. And once again, the case was taken to court. It made its way up the courts until it landed in front of the Supreme Court of Iowa, The court ruled in favor of the casino. The grandmother received nothing for her troubles.

Then in Washington, a housewife called Veronica Castillo hit the jackpot when she was playing Jurassic Riches. The jackpot prize was a nice $8 million. Just like Bookman, she too used her phone to record her good fortune. The funny part about this story is that as soon as staff saw her using her mobile phone, she was forced to leave the casino by security. Once outside, some brave soul from the casino was sent to inform her that she would receive nothing of this win. After a ton of complaining, she did receive $80 in compensation for her loss.

All of these cases blame a machine malfunction as the reason they can’t payout. because there are always plenty of disclaimers on view throughout the casino, there’s very little a customer can do if they win and then the casino claims a malfunctioning machine. But it must be a super-trippy experience to go from broke, to fabulously rich, and then back to poor again all within the space of half an hour.

Casinos Have Too Much Power

The above stories made the headlines all around the world. In some ways, it plays into the common narrative of the rich but mean casinos vs the poor small man. Many then go on to claim that casinos have too much power. Whatever your personal thought on this matter, one thing is certain, and that’s that these excuses for denying winners their money are now almost commonplace. This suggests a couple of possible scenarios are being played out. One is that the slot machines are not as reliable as they claim to be. This is a question for the game’s developers or suppliers as opposed to asking the casino.

The second reason is more cheeky. Maybe the slot machines are fine. In which case the casinos/gaming developers are simply covering their backs. Imagine that someone goes to casinos to win the jackpot, and actually does just that. Suddenly all sorts of obstacles are throw up to make collecting such a prize, more or less impossible. Yet, this sounds too farfetched, as in reality, keeping something like that under the radar would be almost impossible and would lead to the casino losing its license.

So, that brings us back to common sense. It’s more than probable that is a software malfunction. That’s because if the casino was directly stealing, then in this age of social media, its reputation would be shattered with five minutes. More recently was a case of a similar malfunction. The casino immediately offered the poor loser $8,000 of resort vouchers to try and make up for it. Now that’s some good PR there, as that customer will need to keep returning to redeem those vouchers playing jackpot games, but also is more likely to end up praising the casino for their generosity.

No casino really wants to have a grand jury or the Supreme Court snooping around. So it’s in their interest to settle before the matter goes to court. Having said that, the casino has much, much deeper pockets than your average punter, so could stretch out a case indefinitely.

Conclusion: When A Jackpot Pays Nothing

If there’s a takeaway from these tales of woe, it’s that you should try and gauge your expectations, especially when it comes to winning the big jackpot. There’s no casino anywhere that can 100% guarantee their games. They essentially are renting the games from the game’s developers like Microgaming and NetEnt. Keep in mind that by playing on these machines, you are actually agreeing to abide by the house rules. That means to say that if things do go left-field, you don’t have a leg to stand on. So choose well.