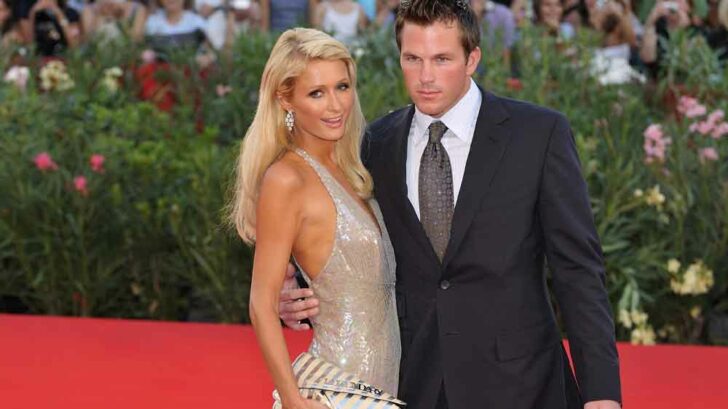 Introduction: Celebrities That Have Lost Big in Blackjack

There’s no shortage of celebrities that have lost big in blackjack. For some unknown reason, this game attracts more celebrities than any other casino table game, and that includes poker. We guess that everyone likes the mix of skill and luck. But just being famous isn’t going to guarantee that you’ll emerge from a session as a winner. Some celebrities have lost big time. And not just money but also other expensive items that were put down as wagers. Let’s have a look at seven of the most famous/infamous who have lost their shirt and more at the blackjack table.

Having had plenty of hits like The Art of the Hustle, I Am and White Friday, during a career of rap, Yo Gotti had a huge miss at the blackjack table. He was on film playing a high stakes game at Jay-Z’s Carter Charity Gala. For some unknown reason, (though probably just a huge ego) Yo decided that the high stakes being played were still too low. So the 38-year-old placed a bet for $500,000 on the table. Gulp! This was one of the largest bets ever put down during a game of blackjack. And…he lost it! Jay-Z was standing next to Yo when the bet went south. He was heard to exclaim, “Oh my goodness” as he walked away from the table. We not quite sure what Yo had to say, but the language might of been a bit more colorful.

The good for nothing slut and pretend DJ, Paris Hilton, is said to of won good money in the past with blackjack. In fact, back in 2014, she picked up around $50,000 after a gig in Atlantic City. But, being as useful as an ashtray on a motorbike, she has had many more losses than wins. Case in point, she once bet and then lost a $175,000 Bentley at her dad’s casino. Afterward, it was said that her dad, Richard Hilton, had her banned from all Hilton casinos. Poor guy. To of built up something like the Hilton chain, from his grandfather, only to have an idiot daughter like that destroy the family name. She was later to be banned from the Wynn when her retarded boyfriend decided to drop a bag of cocaine in front of the policemen who were interviewing them at the time.

Without a doubt, Charles Barkley was one of the greatest when it comes to the sport of basketball. Starting a career in 1984, he won the MVP Award in 1993 and was an 11-time All-Star up until 2000. But winning at basketball doesn’t translate to success at the blackjack table. He’s just another on the list of celebrities that have lost big in blackjack.  In fact, he sucks badly enough to lose a total of over $10 million through both blackjack and sports betting. Obviously he’s banged his head too many times during his sports career. In an interview with TMZ, it became apparently clear that he plays blackjack without even knowing the most basic of rules or jackpot winning strategies. For example, he had no idea that you can hit on 16 if the dealer has a 10. Duh! It’s no surprise he lost so heavily.

By 2008, he was losing hand over fist. The Wynn casino sued him for an unpaid marker worth $400,000. It’s at this point that the former player admitted that he had a serious gambling problem. He had a weird fixation that he somehow had to “win $1 million” every time he went to the casino. Nuts! Apparently he continues to gamble, though has toned down the size and frequency of bets.

Whereas many on this list celebrities that have lost big in blackjack are most definitely losers, Ben Affleck is one of the few who actually won, over and over. And that because he was a car counter in the early days of the trick. His story became public knowledge in 2014, after the ban hammer strike from the Hard Rock Casino in Vegas for counting cards.“I took some time to learn the game and became a decent blackjack player,” he said at the time. “And once I became decent, the casinos asked me not to play blackjack.“I mean, the fact that being good at the game is against the rules at the casinos should tell you something about casinos.”

It didn’t take long for gamblers to tip their hats in respect for beating the casinos of Vegas. Unfortunately, his wife of the time, Jennifer Garner, didn’t share everyone’s enthusiasm for his skills. In the end, she got sick of his gambling and drinking. As you well know, they ended up in divorce.

Everyone knows a Gladys Knight song. Famous for hits like License to Kill, That’s What Friends Are For, and When a Child Is Born. But the poor woman had a gambling addiction, or rather a blackjack addiction. It was common for her to lose over $40,000 each night at the blackjack tables and it’s estimated that she was able to burn through $6 million overall. She would commonly stay for all-nighters at the casino. Luckily, she suffered an epiphany when she forgets to take her kids to school after a long night at the tables. This convinced her to stop playing altogether and walk away from blackjack for good.

Kerry Packer: Celebrities That Have Lost Big in Blackjack

He was one of Australia’s richest tycoons. It was said that his net worth was in the region of AUD 6.5 Billion shortly before his death in 2005. Packer loved to play at the casino and was without a doubt the highest stakes player ever to grace the games floor of any casino. He often made 6 figure bets, and more importantly, they were accepted as he certainly had no problems funding his entertainment. And then he would routinely place bets of 300,000 AUD per hand. And he appears to have won as much as he lost, which would amount to millions of dollars. With such huge bets to go with a larger than life personality, it’s of no surprise that there are many stories of his gambling exploits doing the rounds.

Once during a 3-week stint in the UK, he managed to lose a whopping 28 million AUD. It’s still the biggest gambling loss in UK history. On the other hand, he also managed to win $33 million at the MGM Grand in Las Vegas. he also laid claim to some multi-million pound wins in the UK. he was once famously spotted playing high stakes roulette on 4 tables simultaneously. Apparently he had a bankroll of £15 million during this session. Probably his most famous story concerns a run-in with a Texas oilman whilst playing poker at the same table. Packer became tired of the man’s constant bragging about his $60 million oil fortune. So he shut him up by producing a coin and simply saying, “I’ll flip you for it!”.

Celebrities That Have Lost Big in Blackjack: Terrance Watanabe

This is the guy who turned his grandfather’s locally successful company into a global force. But he spent all his hours tied up with the company, never having time for a girlfriend, let alone a family. Eventually, he sold the business and decided to concentrate of charity work and philanthropy. But a brief visit to Vegas for a stopover opened his eyes to the power of gambling. Having lived an extremely sheltered existence up until this point, it’s not really so surprising that he fell so spectacularly into gambling and drugs. He would often have gambling binges and stay up for days at the tables. His trick was playing 3 hands of blackjack simultaneously at a mere $50,000 apiece. Playing like this once saw him lose $5 million in a single day. In fact, Caesars Palace found themselves $127 million richer thanks to his generosity at the blackjack tables.

Eventually, Watanabe ran up losses of $14 million which were outstanding to Caesars. They sued him for the amount. He countersued saying that they had in effect plied him with alcohol and prescription pills to keep him playing and losing. Interestingly enough, the cases never went to court as both sides reached an agreement. In the end, friends got him to pack in the gambling altogether.

Conclusion: Celebrities That Have Lost Big in Blackjack

Celebrities might be successful in their own sphere, but once in the casino, many lose hand over fist. Blackjack does need some skills to be able to end the night in profit. And that’s why there are so many celebrities that have lost big in blackjack. Many are too lazy to look up the all-important jackpot-winning tips and tricks. We even offer our own guide to blackjack. But we suspect that many rich gamblers have zero understanding of the value of money. And whether they win or lose, it’s just numbered to the wealthy and the bored.