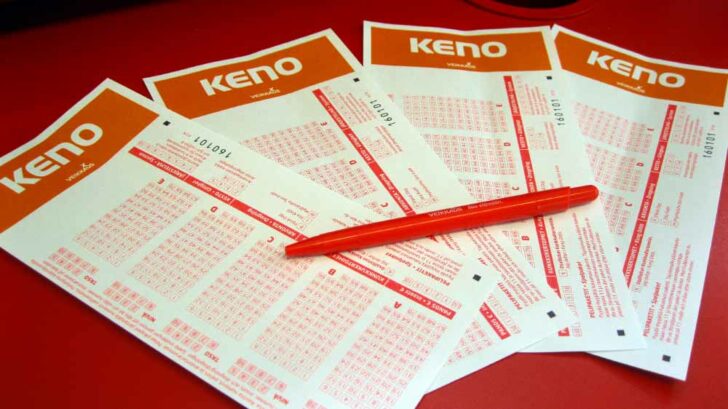 But it’s important to put the game of Keno in perspective. Just looking at the house edge, yes, it’s probably a pretty bad bet. But you have to keep in mind that Keno is different from any other casino game. For a start, if not designed to be fast and furious like, say, craps. In fact, the original game from China was played only twice in one day. Of course, casinos are in the game of making money, so there’s no way they would ever consider such slow gameplay. In most casinos today, the Keno table tries to play around 4 – 5 games each hour.

To learn other useful information on gambling, check out our guides to win the jackpot.

And yes, the house edge will still be on the darker side of 25%, but keep in mind this is still better than most US lotteries, where they pocket around 45% of incoming funds for themselves. Keno is in itself a very easy game to both learn and to play. It’s actually very similar to bingo, in that you have a large board of numbers and you need to hit certain ones to win. But whereas bingo you are playing against other players, and you don’t get to pick the numbers, in Keno, you actually get to choose your own numbers, but you’re playing against the house.

One of the great things about Keno is that it’s cheap to play. Just like punting on the horses is limited by the number of races that day, so it’s the same with Keno systems. You can have a punt on the game for as little as $1 per game. It’s true that many casinos would prefer a higher bet of say, $2, or $5, but many are happy for you to start your betting at whatever amount you’re comfortable with. And then we come to Way tickets.

A straight-ticket is where you choose numbers 1 – 15 and you win according to which number comes up. Pretty straightforwards. So on a 1 number ticket, you’ll have to hit that number to win 3 x. but on a 2 number, you need to hit both numbers for a 12 x bet payout. Sometimes, as your bets increase in value, then you can still win by hitting on a certain number laid down by the casino. For example, if you hit a two number n a three spot, then the payout will be 42 x your initial wager.

Now a Way ticket is different. This includes more than just one set of numbers. So, using a keno ticket with numbers 1 – 80, you might choose, 3, 20, 38 as a three spot. Then you could also choose your wife’s favorite numbers, 6, 23, and 75 as a five-spot. So this ticket has two ways to win with the same game. Now you could also include these two number sets in an 8 spot that would consist of both you and your wife’s favorite numbers. This would then give you a ticket for a three-way win. You can choose your betting amounts each way. If you happen to be at a casino that allows a straight $1 bet, then they’ll usually allow a way ticket for just 25 cents each way. So your three spots will end up costing you an enormous (not!) 75 cents for the game!

This was a very popular ticket over the years. And you’ll find that many casinos still allow you to play the Keno systems of 120-way ten and the 190-way eight for a piddling 10 cents either way. It goes without saying that on a 190-way eight bet, every number is covered. In fact, every possible way of making an eight is included. As you’ve probably guessed, there are 190 ways of doing that! Because this is a 190-way ticket at just 10 cents per way, then the total cost will be 419. Meaning that a 120-way bet will cost you $12 for a game. Remember that away ticket still pays out the same as other Keno games. That means that a 10-cent way pays out 1/10th of the initial $1 straight ticket. A winning eight spot might payout as much as $1,800 on the same 10-cent way ticket.

Back in the day, because Ken is a hand game, you must collect your winnings from the table before the next game begins. But today, just cash in your winning tickets before 30 days has elapsed. But best practice is to check before you leave the table.

Now we all live in the age of computers, it means that all games can be entered into a system. This allows you to play multiple games simultaneously. These are the “Multi-race Tracks”. This way you can play and then check your winnings later. As a bonus, multi-race games are often available at a reduced rate. You can easily play 100 x games tickets for around 10 cents per game or per way. Some players, like those coming on holiday, like to play a 100 x ticket and then forget about the casino until the end of their holiday. Then they go back and check for any winnings.

Remember that playing a 100-game multi-race ticket with an 8 spot will cost you a total of just $10. Now you have to admit, that’s a pretty cheap entry into the chance f winning $1,800 if it hits. Even six or seven spots will win you some cash. Many Keno companies also offer a special ticket, maybe an 8-spot with its own big payout. Just make sure you have an idea of what the payouts are before you leave the casino.

Keno is a great game for a group at the casino, especially if they are concerned about spending big money. Keno systems allow you to have fun and will only end up costing a few dollars. So, even though the house edge is very high, you still have a very good chance of winning a great payout. Anyhow, if you want to win the jackpot online, you should check out options with higher prices.