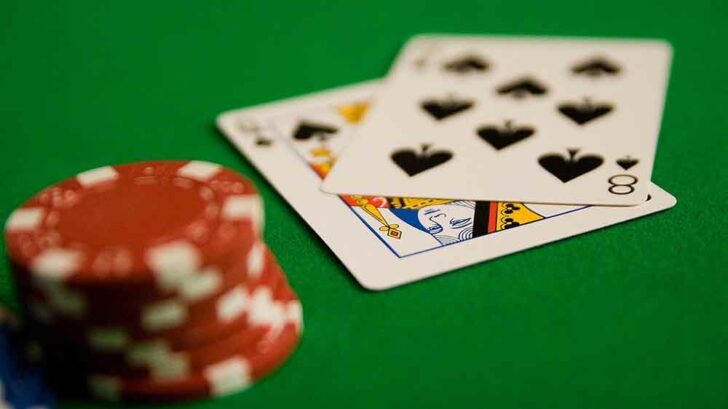 How To Make A Living Playing Micro Stakes Poker

It’s hard to believe that someone could make a living playing micro stakes poker. That’s because the “micro” in “micro stakes poker” means that the game isn’t for anything other than just for having fun. The stakes are in the general range of $0.01/$0.02 to $0.25/$0.50, are supposed to be for recreational players. Yet there’s a player who found a way to live off these games which, to be frank, are really just the preserve of weekend warriors. And, being the nice guy that he is, he’s more than happy to share his jackpot winning tips and tricks so that anyone could have a go at achieving his lifestyle.

What caught everyone’s eye was his winnings in the $0.02/$0.05 stakes, which were off the charts. In the other stakes, he was really a nobody. In fact, in the larger stakes, such as $2 – $4, he’d been consistently losing for years. But the micro stakes games were something completely bonkers, and it certainly set all the poker forums alight, with Nathan becoming a poker sensation overnight. And what’s more, it wasn’t just a flash in the pan. After his brush with fame, he continued to pull in an amazing number for micro stakes poker. Famously, at one point, he was “multi-tabling” and playing up to 10,000 hands each day.

Now he’s pushing 40 years of age, he’s slowing down a lot. But he still makes a living from poker. He presently is an active poker coach which takes up most of his time. He runs a website, writes E-Books, as well as having a successful YouTube channel. In fact, all his activities are aimed at helping other players improve their game.

Why Did Williams Choose The Micro Stakes Poker For A Career?

It’s a weird choice of jackpot games to try and make a living with micro stakes poker. Some years ago, in an interview with Vox Magazine, Nathan explained that he kinda fell into this form of poker. Whilst living in Vancouver, he tried his hand at all types of odd jobs after he finished college. Hitting on jackpot poker, he studied hard and by the mid-2000s was starting to make a name for himself, thanks to success from his tight and aggressive style. He tried his hand at different stakes and as time passed, found himself playing more and more micro stakes. He realized that many of his opponents were weak players in this game, and before long started to churn out good profits.

Why Has Williams Been So Successful In The Micro Limits?

Nathan will tell you that the biggest difference between high stakes and low stakes is the competition. That’s because micro limits attract new or amateur players. On the whole, these players are not confident enough to play anything higher cash-wise. “The money involved is not significant for an American,” said Williams. “It’s a lot of people where it’s just their hobby, and nobody is taking it seriously or [is] that good. When you go up to higher stakes you encounter more professionals. They’ve got notes on you, they’re studying your game, they’re using tracking software. They’re playing to win. It’s a much, much different environment.”

He also says that your average low-limit player is much more likely to call a $0.25 wager because it’s not that much money.“People equate money with what it is in real life,” he explained. “You raise someone 50 cents, that’s not even a cup of coffee. You raise someone $100, that could be a grocery bill or something.”

Because Nathan has now spent most of his poker career playing at the lower end of the market, he’s become an expert on micro stakes poker. With all that experience, he said that he has formulated a pretty good response to the question. “Honestly, it’s probably just tilt control,” he says. “I’ve seen so many good players who can be incredible, but when they start getting a lot of bad beats — which happens a lot at lower stakes because you’ve got bad players chasing every draw. They kind of lose their mind a bit and start going on wild bluffs and throwing away money. It’s a mental game.”

Of course, everyone is susceptible to tilt, even Nathan himself. He’s the first to admit that tilt used to plague him until he learned to improve his “quitting strategy”.“I knew when to stop playing, rather than being Captain Comeback, and trying to chase it all back.” That’s what helps his jackpot winning strategies.

In a word, “volume”. many players find that playing more than a couple of thousand hands in a day is pretty taxing and pretty much the limit. Not Nathan. He’s happy to keep going and is commonly found to have knocked out between 5,000 and 10,000 hands in a day. He says that the key to maintaining such volumes is having an iron-like discipline. He doesn’t over-think it, and lets the other player make their mistakes. “I played a very systematic approach,” explains Williams. “I know exactly what I’m doing with every hand. It’s a very tight, aggressive game, there’s not a lot of creativity to it. I’m playing against people who are going to make massive mistakes, so I don’t need to think too deeply about it. It’s a straightforward process.”

Will BlackRain79 Be Moving Up The Stakes Anytime Soon?

It’s normal in poker that a newbie will start will micro stakes as they learn their poker trade. Once mastered, then they’ll start the process of moving up the stakes. The general idea is to increase profits as quickly as possible by hitting the bigger stakes as soon as you’re feeling confident enough. But that’s not Nathan’s game plan at all. Initially, he was playing to pay the bills. He said, “I would play tournaments on the side to keep the fun level up sometimes, but once you turn pro you approach it like a job, so I wasn’t in it to make big plays.”

Should You Follow In Williams’ Footsteps And Become A Micro Stakes Pro?

This depends on so many different factors. And let’s be frank here, we’re not sure that the idea of playing thousands of hands a day is for everyone. It’s a churn, and all the excitement disappears thanks to the sheer tedium of the exercise. Yes, Nathan makes a living from it, but that doesn’t mean that you either could or should. Keep in mind that he as other income sources, and chooses to live in a very cheap country.

Should You Consider A Path Towards A Full-time Poker Living?

Though the idea of making a living from playing cards sounds great, in reality, it’s not the stroll in the park that you might think. Even Nathan will be the first to admit that micro stakes are not generally lucrative. He says he’s had some pretty lean periods along the way.“Yeah, I mean I wouldn’t recommend what I did to very many people. It was kind of stupid, to be honest,” he says while laughing.

“It’s weird because it’s turned into a business of me teaching the game. But I don’t think it was a good idea. I was probably making around $15 an hour during my peak on the lower stakes. I did play the higher stakes, where I’d average more.”

Nathan helped himself financially by making the move from Canada to Thailand. As you probably already know, it’s not just for the beaches and the sun, but because Thailand is so much cheaper than many other countries. For example, earning $15 per hour is an OK living wage there. Also, rather than facing the daily grind of so many hands, Nathan has been making the transition from player to coach. “The business side is the majority at this point. Poker is a smaller part of my income,” says Williams. “It’s a full-time business with YouTube, my blog, all the books. I do some freelance work as well, I write for Poker News.”

It’s not that Nathan has given up playing poker, it’s just that today most of his time is taken up reviewing the hands of his many students and working out successful gaming strategies for them..

Before Nathan came along, no player would have seriously considered trying to make a living playing micro stakes poker. But with the right mind-set and some skills, Nathan has proved that it’s really possible. And though that might look good on paper, in reality, it translates to a huge amount of time spent at the gaming table. You have to remember that Nathan only earns around $15 per hour from poker.

If you’re thinking of becoming a professional player one day, then starting with micro stakes poker games is certainly a great way to get in some practice without breaking the bank. But it does require a massive amount of mental stamina. Knocking out thousands of hands each day, as well as multi-tabling, and all the while maintaining your edge is not easy. Keep in mind that Nathan relocated to one of the world’s cheapest countries. Going from Canada to Thailand is going to be a huge saving.