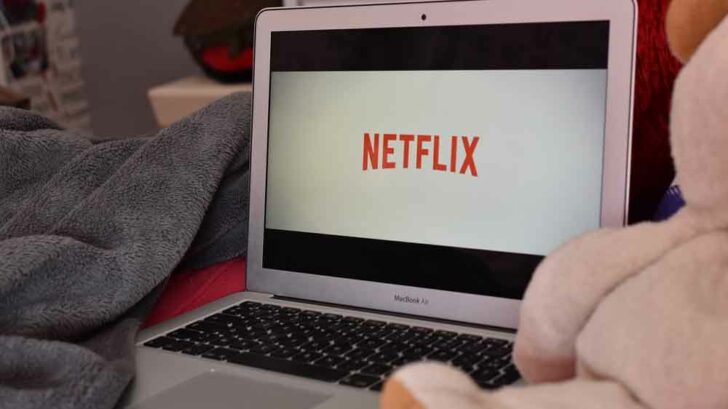 On today’s story, we break down the best gambling movies on Netflix today. The world of gambling is captured to a tee in various cinematic films and flicks which show the high and low life of betting. If you’re a Netflix subscriber or have an account via a friend or family, you may be interested in checking out the following films.

Netflix will always be the number one go-to channel for streaming movies online. Sure, you’ve got your Amazon Prime and HBO GO, but the be all and end all ultimately sits with Netflix.

Thus, if you’re into watching gambling movies, we would certainly be more than pleased to give some recommendations. What’s interesting about the Netflix gambling movies, is that they’re slightly different from what one may think. For instance, there are absolutely no James Bond movies here, indeed, because Netflix doesn’t have any from the Bond franchise.

Needless to say, Netflix does have quite a few hot picks which certainly draw out the good and bad bits of what goes hand-in-hand with playing big money in a casino. Specifically, movies which have got all the action involving mobs and gangsters and the in-casino feel to it. Next up, we take a look at the first flick on our list.

Gamble like a movie-star at the King Billy Casino

Released 10 years ago in 2010, 13 is an American crime thriller film which takes the purest form of gambling into account. Nothing less than the radical game of Russian Roulette.

The action-filled epic gambling movie portrays how a game of chance can be captured in a life or death situation. Moreover, for many of you, familiar faces such as Sam Riley, Ray Winstone, Jason Statham, and even 50 Cent may be another reason to watch. The movies running time is 97 minutes and it is a remake of the Georgian-French film 13 Tzameti.

The next movie on our list is none other than Steven Soderbergh’s Ocean Thirteen. The 2007 American heist movie features some of the most well-renowned actors in the world. Stars like George Clooney, Brad Pitt, and Matt Damon all hold key-character roles for a start.

What’s brilliant about this gambling movie is that it all takes place in Las Vegas. Within this film, you get to see what it would be like to invest in building a hotel-casino on the Las Vegas strip. After being double-crossed, you get to see a group of partners-in-crime plan to ruin the opening night of the grand resort called “The Bank”. Not to give too many spoilers away, Ocean’s Thirteen has got it all. Las Vegas, the wealthy and luxurious life in a resort, and a group of talented gamblers.

One of the best gambling movies on Netflix is any ‘oldie-but-goldie’. Directed by Taylor Hackford, Against All Odds is a romantic thriller movie like nothing you’ve ever seen before.

The movie was released in 1984 and has got it all. Lovers, action, guns, and gambling. If you’re curious to find out what happens between main characters Terry and Jessie, we strongly recommend you spend some time watching this flick.

A Netflix Original, Win It All was released in 2017 and is a more typical gambling movie. Interestingly enough though, this film captures a side of gambling which is not always transparent.

Jake Johnson takes on the role of Eddie Garrett, who is a recovering gambling addict. This gambling movie features a love-interest, close family, and some bad guys to brighten up the plot. However, if you’ve never come close to seeing the dangers of gambling, we recommend you take a look at this Netflix movie.

Next up, the 2012 American crime-packed action movie is a complete hit. It features famous professionals such as Josh Brolin, Ryan Gosling, Nick Nolte, and Emma Stone. Not to mention, an appearance by none other than Sean Penn as well.

The film is set in 1949 Las Vegas and captures the secret underworld of the mafia to a tee. The boss decides to expand his illegal activities into New York and Chicago. However, the mafia godfather will be up against the LAPD. Aside from the fantastic cast, you’ve got action, police, Chinatown, and an illegal gambling ring.

“Out Of The Furnace”

The former Batman (Christian Bale) is the leading actor in this gambling movie. Funnily enough, Leonardo DiCaprio is one of the producers of the film but fails to make an appearance.

Released in 2013, the American drama is all about a steel mill worker trying to make a better life for himself. He ends up launching an illegal gambling activity taking on wagers. However, the film certainly does have an unpredicted ending. (No spoilers here).

And finally, last but not least, Uncut Gems is the final addition to our list. If you’re looking for one of the best gambling movies on Netflix, perhaps we’ve saved it for you right at the end.

Uncut Gems features a major star, Adam Sandler. The story is all about a Jewish-American jeweller who is also a gambling addict in New York’s Diamond District. The drama kicks in when the main character finds himself heavily in debt and in dire need of a bail-out. With his life falling to pieces, will the problem gambler be able to turn everything around? There’s only one way to find out. Subscribe to Netflix today!

To sum up, if you’re curious by any one of these gambling movies on Netflix, you know where to find them. The truth is, we truly like the movies recommended here as they portray a different truth about the world of gambling. Behind all the glamour, you are betting your own money, and this could lead to problems.

That’s why we recommend playing at various online casinos. If you make this choice, you’ll be watched over by the site as you are a paying customer. And, whenever you appear to be playing just a bit too much, the site will give you cooling down period. Plus, you get to win way bigger prizes for a smaller price to pay. Just head on over to our latest jackpot ratings for a look yourself.