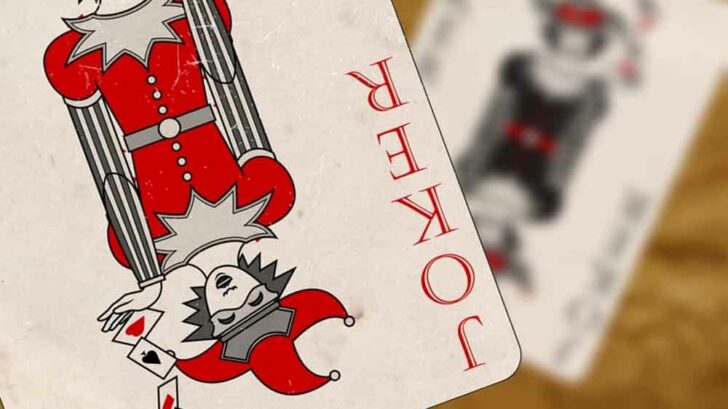 Introduction: The Joker in the Game of Poker

For the joker, there are really two different meanings. One is slang for a pair of jacks. And the other is as a “wild” card. Let’s take a closer look at both of these scenarios.

Jokers as Wild Cards in Poker

This is probably it’s most common meaning and most players around the card table will use the term in this manner. In a deck of normal playing cards, there are always a couple of Jokers. These cards have no suit and are traditional dresses as the court jester or a clown. In poker, when a player draws a joker, he can designate the card to represent any card he wishes. In poker, this adds an extra dimension to the game and changes the odds.

The Joker in the Casino

In the casino, things are a little different. The jokers are actually removed from the packs of cards. Of course, you can use them when you play with friends at home or in online games. But a casino needs to keep a careful eye on the house edge, therefore jokers are not allowed. Something called a “bug” in poker is a little similar to a wild card. But it refers to an ace, except when it’s completing a straight flush

If you’re playing video poker, then you might well come across the Joker Poker game or find the joker included as a wild card. If they do, then to compensate they will often trigger a different payout amount or change the odds. An example of this is only paying out for a pair of kings or better as opposed to the usual payout after a standard pair of jacks or higher. Though the joker can certainly spice up a game, keep in mind that the house always wins in the long run. Commonly the joker is a feature of extra plays or extra spins. Also, keep an eye on the changing odds if a joker is involved.

From a historic perspective, jokers were first introduced during the US civil war. The game of choice in those days was called “Euchre” and the joker was the trump card. Then, in around 1875, the joker was finally adopted as the wild card in the game of poker. Since the 1940’s the joker, or rather a couple of jokers, have been a fixture in every pack of playing cards.

Using Jokers as a Nickname for a Pair of Jacks

If you’re playing Texas Hold’em you might have heard this being bandied around as a term for a pair of jacks. So if you have two jacks in the hole, then you “have jokers”. There is any number of nick-names given for various pairs of cards in poker, along with terms for different card combinations. There are other terms for a pair of jacks, and these include, “hooks”, “fishhooks” (this refers to the shape of the letter “J” and how an inexperienced player might overplay their hand), “Johnnies”, “Kid Dyn-o-mite” (named after the character J.J, in the “Good Times” TV series from the 1970s), “jaybirds”, “The Two Jakes” and “The brothers”.

One other point; the joker is not used in casino Texas Hold’em. So any references to them you might hear whilst play in the card room or in a casino will be referring to the pair of jacks analogy. If you would like to learn more about poker trivia and gambling strategies, check out our online jackpot guide.