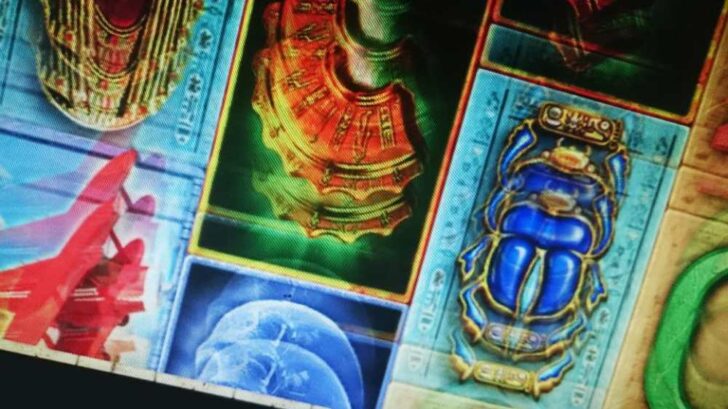 In this article, we look at the top slots for July 2022 that you will want to try out. There are five slots that we believe you will absolutely love to play. The games have a variety of themes to them including adventure, history, fantasy and a branded slot that is based off of a heavy metal band. Find out all you need to know about the games listed below.

Top Slots for July 2022: An Introduction

Within this article, we take a look at five slots that we think players will enjoy playing here at JackpotFinder. As we have a massive portfolio of jackpot games, we understand that this can be difficult to navigate your way through. Thus, we have put together this list of slots that you will have fun playing. Check them out below.

Charlie Chance and the Curse of Cleopatra

Charlie Chance and the Curse of Cleopatra by software developer Play’n Go takes the top spot on our list. The Cluster Pays mechanic is used in the Egyptian cartoon-themed slot machine, which is played on a 6×6 grid. You must therefore line up groups of at least five identical symbols either vertically or horizontally.

The RTP for Charlie Chance and the Curse of Cleopatra is rated as 96.25 percent, while the volatility is categorized as mid-level. Stakes for betting range from a minimum of €0.20 to a maximum of €100. On all devices, the slot is viewable in high resolution.

A few words about the slot machine: the Play’n Go game has five features, including the well-known Cascade function. This causes all of your winning symbols to disappear from the screen, making room for new ones to appear and fill the resulting spaces. You now have a chance to get one or more more payouts.

There are three other bonuses in addition to the Cascade function that might be triggered randomly. In essence, the prizes might be Charlie Mega symbols that can change into Charlie Mega Wilds, Golden Scarab wilds, eliminating old symbols, or any of these.

Last but not least, if you manage to land three Cleopatra symbols on the same spin, the Free Spins bonus round will be triggered. Even though you only have 8 free spins at first, it is possible to retrigger and gain an additional 4 spins each time. Additionally, you can benefit from a multiplier that increases as long as you keep winning. The multiplier can increase by a maximum of 10x. 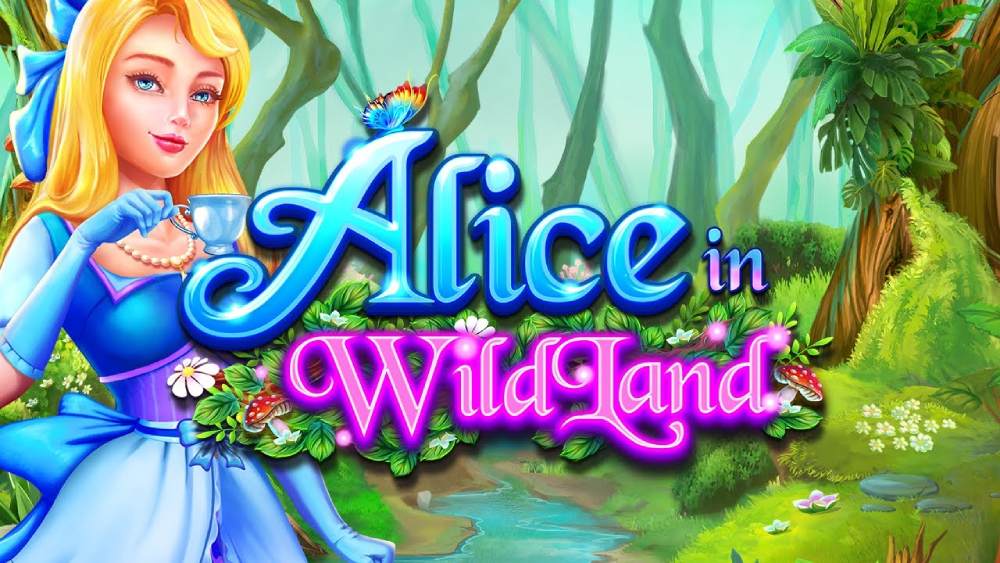 Alice in Wildland by Microgaming is a popular slot machine this season. Characters including Alice, the Cheshire Cat, Caterpiller, and White Rabbit all make cameos in the slot, which has a Wonderland theme.

Even though the story was absurd, Microgaming did a good job of capturing the craziness in their game. The game’s two sets of 5×3 reels each have 20 paylines, for a total of 40 paylines throughout the game. Landing at least three matching symbols from left to right, beginning on the first reel, results in a win. Except for when stacked wilds appear, when they share the wild reels, the two grids are separate from one another.

The slot machine has a hit frequency of 38.55 percent and an RTP of 96.37 percent. Volatility is classified as mid-to-high level. The minimum and maximum bets per spin are each worth €0.20. Despite having two sets of reels, this slot is compatible with all gadgets, including tiny smart phones.

The Copycat feature, Cheshire Multipliers, and the Free Spins bonus round are Alice in Wildland’s three key components. The Cheshire Cat is a major theme throughout all of these goodies. He also serves as the slot’s wild.

A stacked wild on one set of reels replicates onto the second set of reels in the Copycat feature. The Cheshire Multipliers will be activated if the Cheshire Cat lands completely stacked on the same reel on both grids. You can then get multipliers of 2x, 3x, 5x, 7x, or 10x. On any particular spin, the feature may also be activated randomly.

Last but not least, three or more Pocket Watch scatters are required to trigger the Free Spins bonus round. With six scatters on a single spin, you can activate up to 50 free spins, and re-triggers are also a possibility.

Another Play’n Go slot with an Egyptian theme, Ghost of Dead, has only recently been released. Ghost of Dead, a video slot game with five reels, three rows, and ten fixed paylines, is a little bit spookier than the animated Charlie Chance and the Curse of Cleopatra slot machine. A winning combination just needs two matching symbols beginning on the first reel with some symbols, such as the wild.

The Play’n Go slot machine is very volatile and has an RTP of 96.21 percent. The bets can be made for as low as €0.10 or as much as €100. The Ghost Spin, Free Spins, and Awakened Free Spins are the three bonus features.

In the Ghost Spin, a randomly selected symbol enlarges to take up the full reel. Three or more Anubis Canopus scatter-wild symbols, along with an additional expanding symbol, are required to activate the Free Spins feature. With the addition of two expanding symbols, the Awakened Free Spins are essentially identical. The top prize on this machine is 5,000 times your wager.

Sisters of the Sun

Sisters of the Sun is Play’n Go’s final slot machine with an Egyptian theme. The wins in this slot machine can be formed by matching 3, 4, or 5 symbols either horizontally or vertically. This game is played on a 5×5 grid, unlike the games mentioned above.

Sisters of the Sun has a high volatility and an RTP value of 96.2 percent. The per-spin betting goes from €0.20 to €100. The goddesses Sekhmet, Hathor, and Bastet of ancient Egypt are all mentioned in the title.

The previously stated Cascade Wins is one of five additional features. Every spin provides you a chance to win with a multiplier that keeps increasing, and in the Goddess Power bonus mode, the goddesses also contribute. A group of symbols will be changed into a different symbol by Sekhmet. One or two wilds will be added to the reels by Hathor. Two sets of symbols will be eliminated by Bastet from the reels.

Various game modifiers will also be offered by the gods throughout the Free Spins bonus round. You will begin the Sekhmet, Hathor, and Bastet bonus rounds with 4, 5, and 8 free spins, respectively. However, for the goddess modifers, you will get an additional 4, 3, or 2 free spins with every single scatter that appears on your screen. In Sisters of the Sun, you can receive up to 150 free spins. The maximum winnings are 15,000 times your bet.

Last but not least, Play’n Go’s HammerFall slot machine is based on the Swedish power metal group of the same name. You won’t want to snooze on HammerFall if you want a fun time with some headbanging music. The slot machine features a Cluster Pays mechanic and a 7×7 grid for gameplay. Clusters of at least five falling on adjacent places provide winning combos.

This slot machine has a 96.2 percent RTP but is also very volatile. The band’s primary mascot, Hector, makes an appearance as well with his enormous hammer. All devices are compatible with the slot.

Cascading Wins is the first of a total of 10 additional features in HammerFall. In addition, the Hammer Meter, multipliers, and wilds spring to mind. One of the band’s songs will play when the meter is charged, and that song may add a 2×2 wild symbol, eliminate low value symbols, or combine several low value symbols into one high value symbol.

The slot machine also offers non-winning spin characteristics. Any time you go without a win, one of four features may start to work. These include changing into matching symbols, producing a chain of matching symbols, or eliminating symbols from the reels to make room for new ones. HammerFall offers a potential payoff of 30,000 times your wager.

Thus, to conclude our top slots for July 2022, we hope that you have enjoyed what you have read. There are a variety of games you can try out at our latest jackpot ratings. This includes all of these video slots that have been listed above. To play these games, feel free to head on over there now and see for yourself.