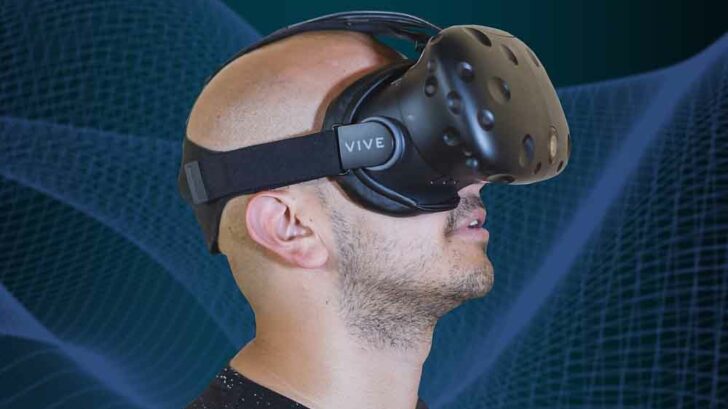 Does anyone remember the first virtual reality game? It was back in 1995 when Nintendo launched its Virtual Boy. It was horrible in every aspect. There were the terrible “wire-frame” vector graphics which were in a monochrome red. There was a headset that needed to be placed on a tabletop. Yet the device could track your eye or head movements. It used the same primitive red-cyan lenses that you’d find in 3D movies of the era, meaning that all the colors had a strange tint to them. Shortly after a disastrous launch, the Virtual Boy was to disappear from the sale, and virtual reality was to lay low for some years.

The Rebirth of Virtual Reality

Fast forwards to 2012 and Oculus introduced the Rift VR headset, a project that appeared thanks to a wildly successful Kickstarter campaign. It managed to raise over $2 million on its first run round of funding. Just two short years later, Facebook stepped in and bought the whole company for more than 2 billion. Finally, in 2014, the very first Oculus headset appeared on the marketplace. It wasn’t long before Sony, HTC, and Samsung bought their own propitiatory versions of virtual reality to market, and together sales were an impressive 10 million units. Though this may sound pretty impressive, it’s actually a disappointing number. For comparison, the original GameBoy managed to move 118.69 million units.

As with most gaming hardware, the money is not in the initial purchase of the units themselves. All those VR headsets are not going to be creating vast profits. Even Sony has slashed the price of its PlayStation VR unit. Nope, the real money and profit are in-game sales.

As with the sales of consoles, virtual reality headsets on their own are not overly profitable. As we previously mentioned, Sony has even slashed the price of the PlayStation VR several times. In 2019, Oculus announced that they had moved over $5 million in content sales for its new Oculus Quest VR headset in just two weeks.

Now the thinking goes, that if the games industry can profit from virtual reality, what about igaming? Historically, gambling has been quick to take up technological changes and adapt them for their own markets. An example would be gambling apps for smartphones. These have been a huge success and are responsible for a large chunk of growth within the industry over the last couple of years. The moving of the gambling experience off the PC monitor and onto the screen of your phone was a revolutionary concept, yet is today considered the new normal. In fact, you’d be at a serious loss if your gambling games were not optimized for your phone or tablet.

But when it comes to developing content for virtual reality, gambling companies don’t seem to be that concerned. So far, just PokerStars have taken up the mantle and have launched a free-play VR version of poker. You can find their virtual reality program in the Oculus Store and on Steam. It has to be said, that the overall gaming experience with PokerStars VR is actually pretty good. There are a number of gaming options including ring games and tournaments. Next to going to an actual casino, the overall experience is probably second to none.

Putting on a virtual reality headset or glasses can lead to a great time spent in 3D environments, especially for the gaming community. But as far as igaming is concerned, most punters have little interest in the medium. And that doesn’t make producing content for gamblers a very good proposition. This is mainly because the cost of developing virtual reality content is expensive. At around ten times that of creating a smartphone app. And with the technology less appealing to gamblers, no one wants to foot the bill of games that might not sell.

Another negative for igaming virtual reality is that most games are just much more practical and convenient when you’re playing them on the phone. You can be playing your stable regulars like Poker, Blackjack, and Roulette with ease by just whipping out your phone, hitting the app button, and you’re good to go. It’s of no consequence whether you’re sitting at home on the toilet or sitting on the bus. You just can’t beat this for convenience, ease of use, or practicality.

The biggest earner for any casino is the jackpot slots machines. You can see literally hundreds of wrinklies shoving their pensions into these noisy monstrosities each and every day at the casino, and even online. But for the life of us, we can’t see how a virtual reality slot is going to be a game-changer. This new technology isn’t going to provide you with any jackpot winning tips or tricks.

Unfortunately, virtual reality is still in the “clunky” stage of development. It’s cumbersome, with lots of trailing cables messing up everything. You have to actually put it on, which means you can’t be doing other things at the same time. With an app, you can be gambling and, say, watching TV or having a conversation at the same time. Yes, we agree that the overall experience is much more immersive, but at what cost? Looking at the gambling market place as a whole, there’s probably a tiny niche of players willing to shell out for a virtual reality experience. Let’s face it, being able to see 360 degrees around the casino you’re playing in is not going to be a deal maker and send you out to buy an Oculus headset in a hurry.

Looking back, it’s the same story with Google Glass and 3D TV’s….namely that no one really cares. For most gamblers, they just want the convenience of being able to play where and when they want. Everything else is going to be a distraction and get in the way of their gaming experience. When you’re deep in concentration with a game, be it craps or poker, then the last thing you need is something to take away your attention. Gamblers just want to gamble. And virtual reality doesn’t bring anything new or useful to the table.

Since the very first Virtual Boy all those moons ago, virtual reality has taken some massive steps forwards in terms of quality and technology. The problem is that, unlike a Sci-Fi Hollywood movie, the future just isn’t ready for virtual reality. We are still stuck on our phones. The idea of putting on a headset for a 360-degree view isn’t as appealing as some manufacturers would like us to think. For video games played on consoles, we can certainly see the appeal. But it still remains a niche product, thanks to its limitations and cost. And that’s why we can’t see virtual reality finding a place within the gambling space.