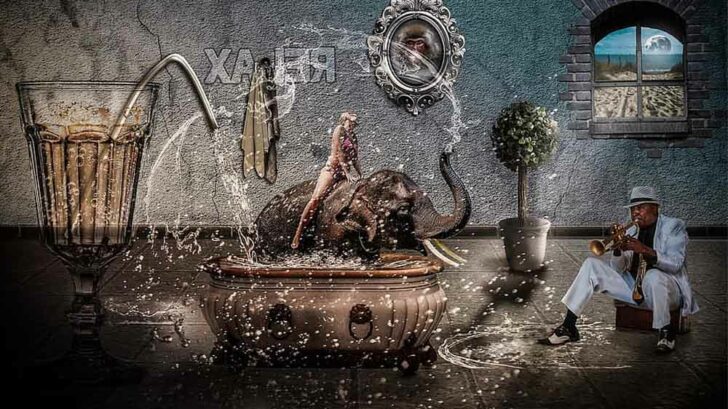 Introduction: Bizarre Things to Bet On

You’ll be looking for bizarre things to bet on if you’ve been betting on all the usual sports over the last season. But now, out of season, things are quiet, you’re going to be looking for something to bet on. We’ve put together a number of alternative suggestions for you. Mind you, these are not going to be your regular bets as you might make on the football or basketball. No sir, we’ve gone that extra mile to find the weird and downright bizarre. And all for your betting entertainment.

Find the most bizarre wagers at the 1xBET Sportsbook

Yes, this is an actual sport that started in Northern Europe some years ago. The rules are simple. All you have to do is carry your significant other through an obstacle course. The team that finishes fastest is declared the winner. To show just how mainstream these left-field sports can be, the All-Ireland Wife Carrying Championships is sponsored by PaddyPower. And it appears that all of the Emerald islands like to have a flutter on the event. Wife carrying also takes place as a sport in Estonia, Finland, and Australia. And in all three countries, you can bet on the outcomes. Wife Carrying World Championship takes place annually in Finland.

Bizarre Things To Bet On: The Next Pope

It’s funny to think that in many places where betting is made illegal, it’s due to religious reasons. And yet here we are betting on who’ll be the next Pope. But betting on the next “President of Catholicism” is perfectly fine. Nearly all US sportsbooks are happy to take such bets. The current favorite is Cardinal Luis Antonio Tagle of the Philippines. This is probably the most secretive betting opportunity anywhere in the world. We’re guessing that being able to speak with God might increase your jackpot winning chances. The same goes for the Pope!

Proof of Intelligent Life on Another Planet or in Space

Though we’ve yet to discover intelligent life on earth, you can bet on finding proof of it on other planets. Yeah…but how on earth could this be proven? The betting is more in the message than in the facts. Some sportsbooks will allow the US sitting President to simply say that we have discovered signs of extra-terrestrial life for the punter to get a payout. The Pentagon maintains a UFO task force. But then again, in spite of thousands of sightings, there has never been an official announcement stating that there is intelligent life on another planet or that we have ever been visited by any such life forms.

The Royal Family: Bizarre Things To Bet On

The great British soap opera offers lots of betting possibilities. Some of the bets we’ve already seen include; Will Harry and Megan lose their titles? Will Megan and Kate ever be friends? How long will Queen Elizabeth’s reign last? Is Prince Andrew a Pedo? All US sportsbooks will accept any bet aimed at the UK Royals. We suggest that you scratch the immaculate public face, and then bet on any dirt you find below the surface.

Everyone’s got to shuffle off this mortal coil. So why not make some money out of them? This is a huge betting niche, though, for obvious reasons, no one really wants to talk about it. In the US, you can’t actually bet on someone’s death. But you can bet on a death index. For example, Doug Stanhope’s Celebrity Death Pool is open to all wagers. His site does state that it’s illegal to actually bet on someone’s death. Funnily enough, the betting teams on this site are called “Funeral Homes”.

Here’s yet another weird British entry to the list of bizarre things to bet on. Known as the Rude Health World Bog Snorkeling Championships, Lonely Planet lists it as one of the top 50 things you should have on your bucket list of worldwide experiences. So, what is bog snorkeling? Just like is says on the can, you make your way through a British bog wearing a snorkel. It’s a lot more difficult than it might first appear and for that reason, the favorite is pretty much always the last year’s winner. Bogs, for those of you who have never experienced them, can be very tricky, filled with obstacles, murky, and very tough to navigate. Why not give it a try yourself?

There are two major “sports” here. The first is the Cowpat Bingo. And the second is Ferret Bingo. In the former, you bet on whereabouts in a field the cow will drop a cow pat. OK…in truth that sounds more like roulette than any other jackpot games. And with the later, there are a series of identical mazes, and the first ferret out is the winner. You simply bet on which critter will be fastest.

The sportsbook Paddy Power will accept any bet that’s in relation to the pint-sized North Korean supreme leader. So, if you want to place a wager on when he’ll finally step down or whether his sister will take over, well knock yourself out. What makes the betting on Kim so interesting is that we really know very little about him in the West. There’s so much misinformation floating around that it makes for an interesting betting subject matter.

Back to those crazy Brits once again. Every Spring in the county of Gloucester, at Cooper’s Hill, there’s a competition which involves rolling an over-sized wheel of cheese down an almost vertical hill. It’s then perused by spectators who appear to be more or less in free fall as they chase it down the hill. The first person to cross the line at the bottom, with all their arms and legs still intact is declared the winner. Of all the jackpot winning strategies, staying on your feet the longest is probably the best way to secure a win. The local town has ambulances in constant motion ferrying broken contestants from the hill to the hospital. Betting is totally legal. Go to Youtube and watch some videos of all those brave souls plunging down the hill, to the sound of breaking bones and it’ll bring a grin to your face.

The End of the World

Once again Paddy Power comes to the rescue of probably the world’s most pointless bet. That’s because we don’t think that Paddy Power will be concerned about paying you out as the world is engulfed in a nuclear fireball or sinks under a massive tidal wave. But I guess if you’re dumb enough to place this bet, then there’s going to be someone equally dumb enough to accept it. So far the best odds were 500 to 1 that it all goes tits up in 2019. Now that’s passed, and we’re all still here, why not take a punt on one of the most bizarre things to bet on. It’s certainly a volatile bet!

Conclusion: Bizarre Things To Bet On

As this list goes to prove, if there’s anything, anything at all with at least a couple of possible outcomes, then there’s always going to be someone who’ll make a bet on it. And where-ever there’s a punter, then there’s going to be a sportsbook or bookmaker willing to make money and take the wager.