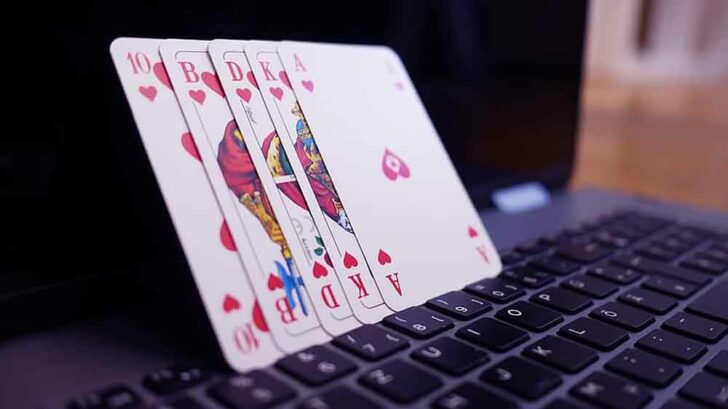 So, just what is a “superuser”? Well, it should come as no real surprise, that many online poker players have a small fear in the back of their minds that they’re being scammed. When you log in, it’s with the intention of playing a fair game. No one wants to find themselves playing in a rigged game, or worse, only realize it was rigged after the event. In online poker, a rigged game would be one where someone can see the hole cards. Unfortunately, there are people who use special software to see their opponent’s cards, without the opponent knowing. These people are called “Superusers” and normally abuse their position at an online site in order to cheat customers.

What Is a Superuser?

In short, it’s the term given to an online admin who’s abusing their position. It requires access to the root system of the computer system being used by the site in question. The root account will allow access to all areas of a site. Have access to this will allow anyone to re-write code, post new files, as a user, install/remove software and upgrade the operating system. All large companies need to have absolute trust in their admins. Imaging companies like Amazon or eBay, have admins running wild in the back end?

The Players are the Detectives

If there is an admin abusing their position, then it’s going to take some time to show up. And in the world of online poker, it’s exactly the same story. Often, it’s been the players themselves who have managed to root out these superusers. These players begin to notice highly improbable occurrences from a single player. These online sleuths don’t need to rely on stats all the time. They can take a look at a player’s history. On the whole, a player who never calls, yet has the worse hand, is surely a superuser.

What Online Poker Sites Have Had Superuser Scandals?

So far online sites haven’t suffered the indignity of too many superusers being found. Of course, there could be a lot out there, playing their cheating games, but with enough skills to remain under the radar. But it’s been over 10 years since the last superuser was discovered. Back then, there were a number of superusers and they mainly traded their business across three major online sites in jackpot games.

Back when high stakes online poker was a thing, then UltimateBet was the big daddy of them all. many famous professionals like Brad Booth, Patrik Antonius, Prahlad Friedman, and Mike Matusow all played on UltimateBets on a daily basis. But in 2008, multiple players stared to report suspicious behavior from an account called “NioNio”. The site responded by not responding, and hoping that it would all go away with time. But then an anonymous insider leaked NioNio’s complete playing history to one of the victims. And that marked the beginning of the end for the site.

Initially, UltimateBet claimed that the fraud took place between January 2005 to December 2007. But the online casino’s licensing authority, the Kahnawake Gaming Commission (KGC), then got involved. They looked through all the companies records and discovered that the real dates were May 2004 to January 2008. They found that a certain Russ Hamiltion was the primary cheat. He was the main user of the NioNio account. The KGC report reckoned that Hamiltion won over $22 million with his jackpot winning strategies with the results going onto his superuser account. UltimateBet were fined $1.5 million and had to repay the victims.

The whole site was scummy through and through. This finally came out with a leaked audiotape. Though it revealed Hamilton as the main perp, it also mentions a key company figurehead, Greg Peirson as being involved.

Absolute Poker was launched in 2003, by Scott Tom, with a huge investment from his father. Tom, along with his University of Montana fraternity would run the site. During the poker boom the site was making huge profits. But in 2007, they had the dubious honor of being the first superuser case. Across various poker forums, players began sharing hand histories. They all claimed that they had been cheated. Putting everything together, they realized that all roads led to an account called “POTRIPPER”.Just like the previously mentioned NioNio, this account was bringing in a huge win rate. The player with this account was able to continuously make exactly the right decisions every time.

With all the evidence piling up, Absolute Poker admitted that a “trusted consultant” had cheated via the use of a superuser account. They repaid $1.6 million in winnings as well as a $500,000 fine to the KGC. Funnily enough, Absolute Poker would later go on to purchase UltimateBet to form the Cereus Network. In 2011, Cereus closed its doors for good, whilst owing players over $45 million.
There was never any concrete evidence to link Tom with the superuser account.

This was a crap site from the get-go. They suffered from extremely bad customer service, poor site security and they even stole money from customers. So it should come as no surprise that they too had a superuser issue. A certain player called “Chesterboy” said that he was adamant that Pitbull Poker had cheated him. He was certain the site was rigged, and so demanded his hand histories. The site only sent him the last 1,000 histories and promptly banned him when he requested more. Not the best move.

As you can imagine, soon other players started to come forwards with their own tales of woe, and soon enough, many players teamed up to form a site-wide investigation. Between them, they managed to out three superusers, along with finding widespread use of “pot shaving” and “stack shaving”. The first of these refers to when a small portion of a hand goes missing along with the rake collected for that round. The latter is when part of your stack of chips goes missing between hands. The general idea is to shave off only amounts small enough that they will not be noticed by the players. So, for example, Pitbull Poker was shaving off between $0.02 to $0.25 in the hope that players won’t notice fractional amounts.

We guess this was part of the site’s jackpot winning tips and tricks. The players probably wouldn’t have noticed, apart from the fact they were doing a deep trawl looking for superusers.

Whoops, we had an “Error”

Pitbull Poker had no choice but to admit that “errors” had occurred. They promised that affected players would be re-reimbursed. But in spite of many players producing hard-core evidence of superusers, the site refused to admit that there were superusers on their site. Many claimed that Pitbull was running “faulty” software, which was only faulty in that it favored Pittbull Poker itself. Pitbull never responded to the allegations, instead they hunkered down. Then on September 2009, they closed up shop without having repaid a single cent. One night, some suspicious players who were in the neighborhood of their offices, paid them a late-night visit. Imagine their surprise to discover Pittbull Poker’s owners loading up all the office computers and then vanishing into the night.

Do You Still Need to Worry About Superusers?

Keep in mind that these scandals happened along time ago in internet terms. this was when the market place was unregulated and when online poker was in its infancy. With no real teeth to keep gaming companies in order, it was a bit like the Wild West. If some companies thought they could get away with bilking players, then they would try it on.

But today, things are not quite as easy. For a start, there is thorough third party auditing, where all code is tested. This is the only way to get a license to operate. Yes, we know that there are casinos without a license on the internet. But these should always be your last port of call, if ever. having said that, there’s a huge amount of competition out there, as site scrabble to entice players to their own sites. It’s not easy. So no site wants to see its reputation trashed because they had a superuser on their books. By the way, neither Absolute, Pitbull, or UltimateBet ever recovered from their outing. Good riddance to bad rubbish.