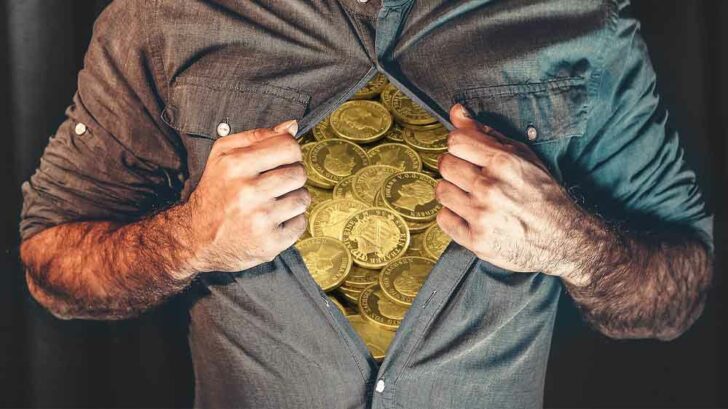 When the public talk of casino whales and casino high rollers, they usually think of the terms as being interchangeable. But for the casino itself, they are not. On the whole, if you have the funds to bets around $100,000 to $1 million, then you’re just a high roller. Loser! But anything above this, and you make the grade as a whale. On the whole, whales turn up clutching a budget of between $1 and $20 million to play with. Over the course of a couple of days, this amount can vary by millions in either direction. A whale usually bets around $20,000 per hand. When it comes to freebies and comps, well, it doesn’t get any better than going to the casino as a whale.

Of course, if you don’t have that type of budget (and let’s face the truth….you don’t have it!) then you can still play and receive VIP treatment by playing online. All you’ll need is to show some betting volume that’s higher than the average spend from your average Joe. But whale-wise, there are only around 200 mega-whales in the whole world. So you can imagine that the competition for their custom is going to be very strong between the different casinos. When you think about it, having a whale play for just a couple of days could affect the whole year’s profits for that quarter. We’ve made a list of the biggest whales to ever grace the tables of Las Vegas.

One thing that always interests us, is that with some of these characters it’s pretty obvious that their extreme wealth, and the ways they simply throw money around, are a sure symptom that it wasn’t earned in a correct fashion. And yet casinos are very willing to turn a blind eye.

An international playboy and arms dealer, his stalking ground was the Ritz Casino in London. In the 1980’s he spent more than £3.2 over the course of 12 visits. This son of the Saudi King’s doctor, Khashoggi loved to play baccarat and was well known to spend long sessions gambling whenever he was visiting London.

The famous story goes that he entered the casino with just $50 in his pocket. He was able to turn this into a fortune of $40 million, before managing to lose it all. So he certainly knows how to win the jackpot. He likes poker, but absolutely loves craps. In fact, it’s this latter game that allowed him to build up such huge profits. He’s a regular in all the Las Vegas casinos, being something of a minor star in gambling circles. There’s a good chance that if you’re playing at any of the Las Vegas casinos. he’ll pull up and take a seat beside you.

During the late 1970s and the early 1980’s, this guy was by far the biggest gambler to grace Las Vegas. He was a fearless baccarat player and enjoyed wagering $100,000 to $200,000 per hand. Unfortunately, he was to be found murdered at his home in Japan in 1992. It’s suspected that he was gambling with someone else’s money and that organized crime had a hand in his demise.

This former NBA star has admitted that he was a problem gambler. This has helped him to lose over $30 million during the course of his betting lifetime. He has a penchant for blackjack and can usually be found on the open floor at the Wynn Hotel and Casino in Vegas. What’s nice, is that he doesn’t hide away, but is happy to play with the public at public tables. He’s also said to be very friendly and a great playing opponent.

No one really thought of the actor as being a gambling man. But then a surprising article appeared in a US magazine showing how he managed to win almost $15 million from a couple of casinos. The funny part of the story is that both these casinos really need to go back to elementary school and learn some elementary mathematics. In order to secure his business, both casinos miscalculated the house edge. They offered him comps that turned the house edge to his favor. And this is how he managed to amass such a huge fortune whilst playing his game of choice, blackjack. We’re guessing that someone lost their job here.

This Syrian businessman is said to have blown over $42 million during the course of his 12-year gambling career. In gambling circles he’s known as “The Fat man” and he visited some London-based casinos over 600 times during one binge session. But all good things must come to an end. He finally ran short of funds and ended up being sued by one casino for bouncing a cheque for millions of debt. Apparently, he’s stopped gambling altogether.

He’s a successful businessman who made his fortunes in the textile industry in Mexico. He often visits Las Vegas several times a year. He’s known for playing with $200,000 wagers per hand. But just be wary of him, as he’s said to have a trigger temper if things aren’t working out.

Said to be one of the most fearless gamblers of all time. Of course, he loves taking massive risks but has also seen some monster returns.He’s estimated to have relieved the Las Vegas Hilton of around $9 million in 1992. He also took a bonkers $33 million from the MGM Grand in just one session whilst playing $300,000 per hand.

The founder of Hustler Magazine has been a regular at the tables in Las Vegas for decades. His poison is blackjack and he’s been known to pony up $50,000 per hand. He used to be a regular at the Las Vegas Hilton. But he’s since moved around to other casinos as they’ve upped the comps for him.

An elusive and very private individual, you’ll find no photos of him on the internet. He’s most famous for taking one Australian casino for $10 million whilst playing baccarat at between $300,000 and $500,000 per hand. Unfortunately, the casino decided to limit his bets, and so there was a falling out. He vowed that he’d never return and play any sort of jackpot games there again.

Yeah, everyone knows Phil Ivy. He’s been described as the best poker player of all time. He likes to live life like a true gambler and has been known to fly to five or more casinos around the world within a very short space of time. No one really knows exactly just how much he’s up or down. But he likes to bet around $100,000 on a single roll at the craps table. Gulp! Likewise, he plays baccarat with a single bet of $200,000 per hand.

This guy certainly made a name for himself on the Las Vegas strip. Using a series of frauds, he managed to wager over $175 million in various casinos around Sin City. Eventually, he was to be indicted for fraud. Never the less he still holds the record as one of the biggest gamblers to ever grace the strip.

Loves to gamble in both London and Las Vegas, his game of choice is baccarat. Often taking long and secretive trips out of Brunei, he’s known for losing over $1 million per day. He tends to spend hours seated at any one single table. Obviously, the comps are out of this world.

He has the unfortunate title as the gambler who’s lost the most….ever! Yep, that’s during the whole recorded history of gambling. Though the number hasn’t been officially verified, it’s still safe to say that Watanabe lost more than $220 million in Las Vegas over a 5 year period. He never had a favorite game but was just as happy losing with jackpot slots, at the poker table, or playing blackjack.

Being the owner of one of Mexico’s largest chemical factories can have its perks. And supplying the Mexican drug cartels with precursors for their own drug production even more so. At one point he was a huge fan of gambling at Las Vegas casinos. It’s thought that he’s lost over $100 million in numerous casinos. When police finally caught up with him and raided his house, they discovered over $207 million in cash in a room. Dude!