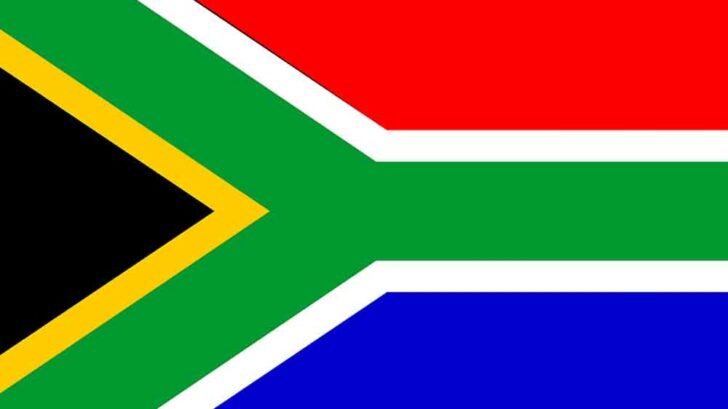 Introduction: The History and Current Gambling Climate in South Africa

The history of South Africa has certainly had it’s up and downs. But as far as gambling goes, it’s really only very recently than any form of wagering has been legal. Up until then, it was outlawed or very restricted. But the country is playing catch-up at an alarming rate and is now considered one of the world’s top gambling destinations. So, how did we get here? Let’s have a look into the history and present culture of gambling in South Africa…

Restrictions on Gambling in South Africa Since 1673

Yeah, that’s a long time ago by any stretch. But since 1673, there were very serious restrictions on gambling throughout the whole of South Africa. Only in 1965 was there any relaxation with the passing of the Gambling Act, but that was only to allow betting on horse racing. There were no jackpot games. But later in the same year, various tribes applied for permission to open their own casinos in their own territories. These tribes included the Bophuthatswana, Ciskei, Transkei, and Venda. Keen to get in on the act, the large corporations of the Holiday Inn and Southern Sun signed contracts with the Bantustan tribal leaders.

One of the owners of Southern Sun, a certain Sol Kerzner, sold his holding shares in the company in 1983. He branched off on his own and opened a casino enterprise called Sun international. Over the following seven years, Kerzner managed to acquire the controlling rights for 18 homeland gambling licenses. Then came the sticky subject of taxation. Sun international was making so much money, it was only natural that the South African government wanted their share in taxes. But at the same time, they didn’t want to frighten the company into moving abroad and therefore out of reach. Eventually, an agreement was reached and Sun International then became South Africa’s only official gambling company.

Now the company had a total market share as they were a de facto monopoly. At the same time, they were heavily criticized for bringing in foreign workers for their casinos, instead of providing training and work for South Africans. But as time passed, they did heed some of that criticism and overtime began to employ more of the home grown population. Then in 1994, various democratic reforms were put in place. Among these was the legalization of gambling. Two years later in 1996, The National Gambling Act introduced both the National Lottery and the licensing of casinos. In 2004, a new gambling act came into force which repealed the previous two and bought the legal requirements up to date.

The National Lottery was first introduced on March 11th, 2000, and was an instant hit. On that day alone, over 800,000 tickets were sold. A company called Uthingo was in charge of all lottery operations. Then in November 2003, another supplementary lottery was introduced. This was in addition to the weekly draw that has started in March. This new lottery was called Lotto Plus and the tickets cost 1 South African Rand. Then in 2007, the Gidani Consortium was chosen to run the National Lottery for seven years. It wasn’t all plain sailing for the new business, which resulted in them losing their rights, only to regain them again in September of 2007.

Finally, in October of 2007, the sale of lottery tickets resumed, with over 200,000 tickets being sold within the very first three hours. For all intents and purposes, the traditional Lotto in South Africa is more or less the same as that found in any other country from around the globe, with the government handling adverting and the latest lottery news.

Once you purchase your lottery ticket, you’ll need to choose 6 numbers ranging from 1 to 52. There’s also a “quick pick” option for those too lazy to pick for themselves. For the actual lottery, 5 x 52 numbered balled are chosen at random. Finally, in addition to these balls, an extra random ball is selected. This bonus ball only comes into play if the previous 5 balls are correct. You’ll still win some money if you manage to select just 3 x balls. The more balls you manage to get right, then the higher the payouts.

In you’re playing as part of a group, then the prize money is split evenly. If no one wins the jackpot, then it’s rolled over for the next draw. All draws take place on Wednesdays and Saturdays.

Casinos for Every Budget Are Available

South Africa offers casinos for all types of gamblers. Whether you’re a high roller with a massive bankroll or a part-time punter who’s just visiting for an afternoon, there’s a casino for you. Let’s have a deeper look at some different options. For the highest budgets then look no further than the Cascades Casino Resort which is situated within the Pilanesburg National Park. It’s open 24 hours per day and contains the famous Sun City Casino within. There are over 1,000 slot machines as well as over 40 table games. All in all, this 5,000 square feet dedicated to gambling is one of the most beautiful casinos in the world.

Within Pilanesberg National Park is the Cascades Casino Resort. Within the resort is the Sun City Casino, and it is open 24 hours a day. With more than 40 table games and around 1,000 jackpot slots, this 5,000-square-foot casino is considered one of the most beautiful casinos in the world. If you join the MVG loyalty club, then you’ll have access to a private poker room, various table games, and high roller slots in the VIP lounge. The resort also features 243 guest rooms, a gym, a pool complex, and a nightclub and has some of the best jackpot deals.

For those with a more modest budget, then there’s the City Lodge Hotel Grandwest. The rooms are normally around $90 per night and with many, you’ll be able to enjoy views looking over Cape Town. The casino is huge, boasting more table games than anywhere else on the African continent. They also have around the clock poker room, where Omaha and Texas hold’em are the most popular games. We suggest that you think about booking a room in advance as there are only 170 rooms to choose from and many are usually booked months in advance.

Finally, for those of you who are on the tightest of budgets, then we have the Emerald Resort and Casino. Here rooms start at around $70 per night. Though this casino isn’t as expensive as the other two on this list, it still offers everything a gambler could require. The casino floor is just 32,000 square feet. But though this may seem small compared with the others, they still manage to pack it full of games. There are a total of 600 gaming machines, 21 casino table games and there’s also a dedicated poker room. The resort also offers river cruises as well as mini safaris. Because it’s situated on the Vaal River, you can also hire a houseboat rather than stay in the hotel.

Conclusion: The History and Current Gambling Climate in South Africa

South African casinos have carved out a reputation for being some of the best in the world. Not ad for a country that has only recently overseen their introduction. Though South Africa suffers from chronic inequality, just like the rest of Africa, at least the gaming industry is trying to help out by offering work and pay huge taxes to the government.