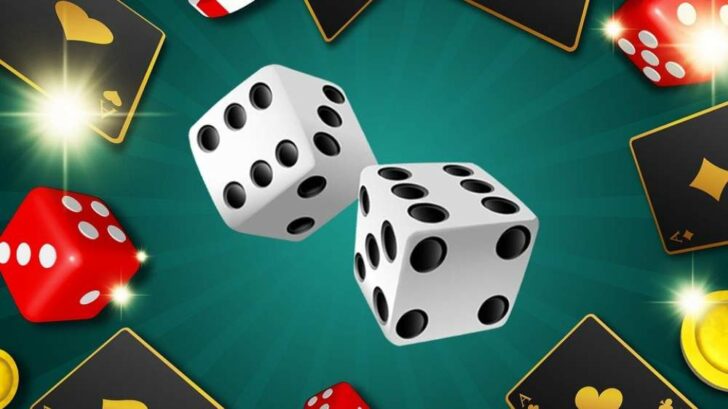 Casino games that use dice are popular all over the world. Going back more than 2,600 years ago, the Chinese used dice for fortune telling. Yet between then and now, much has changed in the use of dice. After dice began being used as entertainment, then it wasn’t long after that dice games started being created. Without a doubt, today you’ll find that craps are the king of gambling games that utilised dice. Yet there are many other gambling games revolving around dice that you can find in casinos, both online and off.

Today at Jackpotfinder.com, we’d like to cover some of these dice games. If you’re a newbie playing at online casinos like 22Bet Casino, then you may find some of these games a little frightening, to begin with. But you shouldn’t let fear stop you from playing. Below, we’ve listed some common jackpot winning tips and tricks that’ll give you a better understanding of these more obscure dice games.

A Huge Variety Of Dice Games

You’ll find some of these games are pretty fast. They may well have a crowd standing around the table, jumping up and down and yelling. But as we previously mentioned, there’s a need to be afraid. After all, every casino game takes some time to learn and to become familiar with. By knowing the ins and outs of the dice games below, you’ll feel much more confident walking into any casinos to win the jackpot. Or you can log on to an online casino and start placing wagers straight away like a boss.

When it comes to the king of dice games, craps is up there at the very top of the pile. What makes the game so special is that it’s not just a fun time, but also a social activity. You’ll be standing at the table, laying bets, throwing dice combinations, whilst high-fiving all the onlookers. When you first look at the crap’s table it may appear to be rather complex. But in reality, it’s quite simple to play once you get the hang of things. There is also some jackpot winning strategies you can try out. 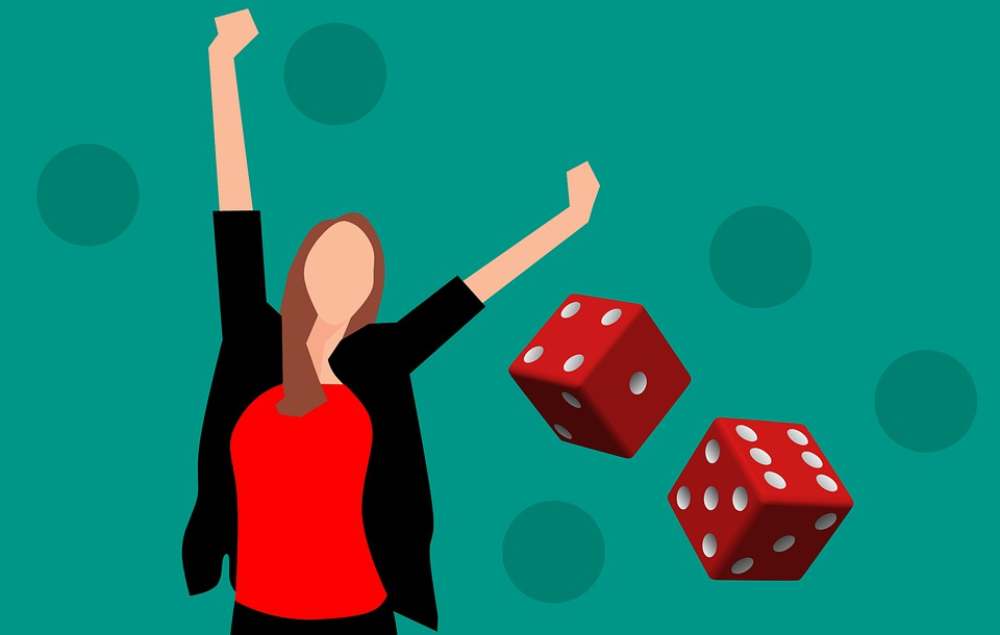 When it comes to the main game, there are just two bets to focus on: the “pass line” and the “don’t pass line.” Past line bets are on the shooter to win. If for example, you roll a 7 or 11 on the come-out roll, then the pass line bet wins. In contrast, if the come-out roll is 2, 3 or 12, then you lose the past line bet. Any other numbers that appear in the come-out bet become the “point.”

Betting for Or Against The Shooter

Now the shooter has to roll that number (the point) before rolling a 7. But if the player rolls a 7 before hitting the point, then the bet loses and they are what’s known as “7 out.” Essentially, the don’t pass line bet works juxtaposed to a pass line. This means that it’s a bet against the shooter. For example, if the come-out bet roll is a 2 or a 3, then the don’t pass bet wins. If a 12 gets rolled, then the bet is a “push.” A come-out bet of 7 or 11 is also a loser. Any other number rolled then establishes a point. The bet pays out if a 7 is rolled before the point is hit.

A couple of important rules. You should never say “seven” at the table. Also, when you’re throwing or shooting the dice, it’s essential that they hit the back wall.

The Australian game of Chuck-A-Luck is where three dice are tumbling in a spinning cage. Bets are made on how many dice will come up with a chosen number. Some games start with players throwing the dice into a horn-shaped chute rather than using a cage. It’s an extremely simple game that’s very popular with new casino gamblers. As such, the game pays out at 1-to-1 for a single, and up to 30-to-1 for a jackpot bed that’s of 3 of a kind. If you’re looking for a great introduction to gambling dice games, then you can do a lot worse than playing Chuck-A-Luck.

As you can imagine from its name, this dice game was very popular in the late 19th century in the frontier towns of America. Five six-sided dice are used in the game. The object is to roll a better hand or combination than the banker. In many ways, the game is similar to that of poker but played with dice. A game begins with the banker rolling first which then establishes a benchmark for the rest of the game.

After this, players take turns to try and roll the best total in order to beat the banker. On the dice, the one is like an Ace and is the highest ranking number. The 6, 5, 4, 3 and 2 rank from highest to lowest. If you roll the same combination that the banker has rolled, then you will lose. By rolling a better combination than the banker, you will win. As you can, see it really is an incredibly simple game. 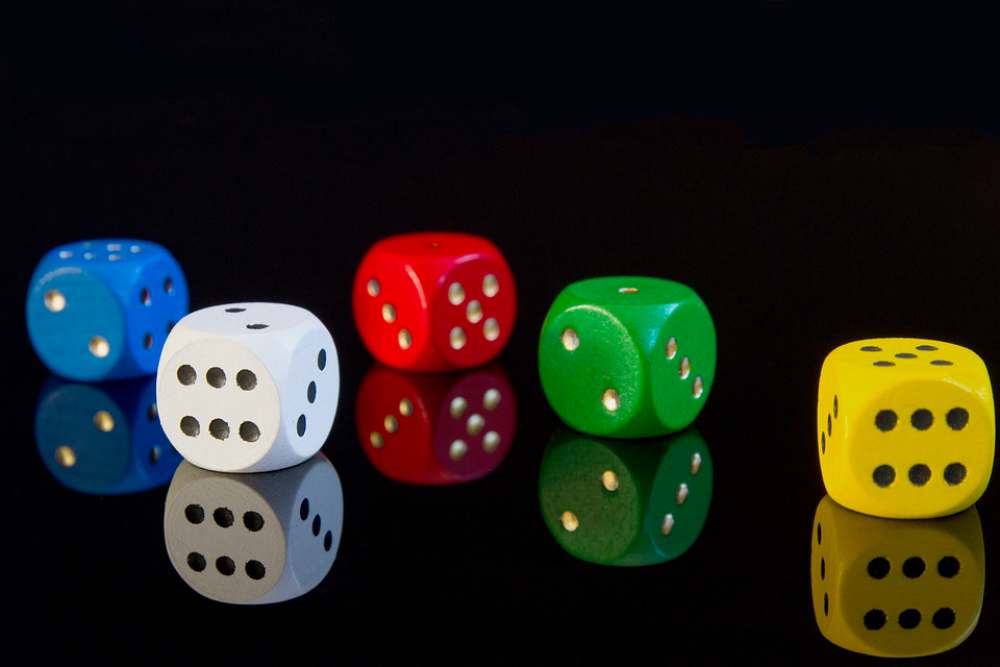 For fast pace dice game, it’s hard to beat Banka Francesca. Though you will not often come across this game in US or UK casinos, it’s incredibly popular in Portugal these days. To play the game there are three possible bets

The dice are rolled rapidly by the dealer until one of these results appears. Betting on the game involves a big or small pay, at either 1-to-1 or Aces pays 60-to-1.

Though the dice game of Sic Bo has always been popular around Asia for aeons, over the last few decades it’s moved into both US and UK casinos. Just to prove how much of a dice game Sic Bo is, the name in Chinese means “dice pair.” In the 1980s, the game moved into the US and today offers many different varieties. In fact, the game of Chuck-A-Luck which we previously mentioned, is in many ways, a version of Sic Bo.

On another level, it somewhat resembles the table game of craps. Likewise, it also offers a multitude of side bets. On the whole, by far the most popular bets are these small and big bets. The former is betting that the sum of the three dice is between 4 and 10.

Why We Love Dice Games

It’s no surprise that dice games have been popular for many years. Once you start playing it’s easy to see why. After all, these dice games are fun and often have a social element to them. Though they rely on luck, these games still offer a huge amount of joy. If you’re uncertain of how to play online casino dice games, then most online casinos like 22Bet Casino will let you play for free.

This is the “free play” or “demo mode.” It allows you to bet with virtual money, meaning there’s zero risk to your own bankroll. It’s probably the best way to learn to understand these games, along with their rules and strategies. When you’re feeling confident about your abilities, then you can try and win the jackpot online with your own money.