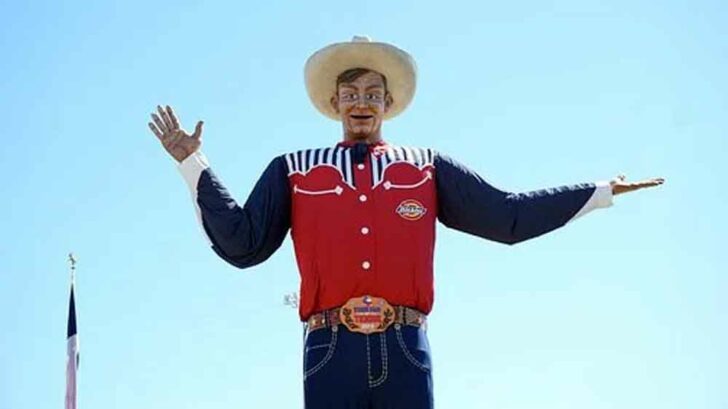 The State of Gambling in Texas

Gambling in Texas today is not easy. To go back some years,  step into a time machine and set the date for the late 1990s to the early 2,000’s, and the destination for Dallas, then you’d be able to step out into an underground poker room. These were where you went to play poker, as there were no casinos. But after this period, they all disappeared with the police busting them in enthusiastic prohibition-style raids. By the mid 2,000’s, virtually all gambling establishments had close up shop. Many bars and gas stations of the time had a kind of primitive slots machine, known as “8 liners”. You couldn’t win any actual cash with these, but you did gain points that could be later redeemed against various goods. The kind of low-grade stuff you’d find at the Dollar Store.

But as time passed, even these vanished. Until there was simply nowhere to gamble in the whole state. It is kinda weird when you consider that the state of Texas has a variety of poker named after it, namely, Texas Hold’em. Things have changed over the last decade, but not to a degree that would make finding casinos to win the jackpot easy. In fact, there are very few places to play throughout the state. And, when you consider the size of Texas, you might wonder as to why they have such a retarded attitude towards gambling.

The Bovada Casino is available all around the US

For a start, Texas has some of the strictest gambling laws in the whole of the US. And that’s why there are no casinos as such. These laws all stem from what’s known as “Penal Code 47.01”. This is the statute that outlaws all gambling activity. There are just two exceptions; horse and dog racing. The law actually enumerates the types of gambling activities that are forbidden.

Which Types of Gambling Are Illegal in Texas?

The state of Texas shelves different types of gambling into subcategories. So they are very specific as to which types of gambling are disallowed. The first type and the biggest loss for the state would be all casino games. So, just to be clear, that means any game you might find being played in a casino. This includes blackjack, poker, roulette, craps, and video poker. It also applies to gamble online.  So though you might have the address of the best casino site to play, you can’t play in Texas. There is an exception that we’ll get into later, and that’s gambling on Native American land.

Just to show that the state isn’t being a party-pooper over casino games, they have also banned all betting on sports. If you place a wager on any sporting activity, then that’s a $500 misdemeanor fine. And that not only applies to bet in person but also if you place a bet over the phone or on the internet. Yeah, we also think that sounds like zealotry thinking. Technically, you’d be breaking the law by playing a friendly game of poker at home, if any money was involved. Then we come to what the state refers to as “social gambling”. This includes things like the lottery and bingo games. Once again these all fall under the ban hammer unless they are taking place for charity.

What About the Lucky Eagle Casino?

If you’re a gambler in Texas, then you’ll know about this establishment. It’s the rare exception to the total lack of casinos throughout the state. It’s open from Sunday through Thursday from 10 a.m. to 2 a.m., and they stay open until 4 a.m. on Friday and Saturday night. There you’ll find over 1,200 slot machines. There are also all the table games you could possibly dream of, including blackjack, poker, roulette, craps, and even keno. All in all, it’s a gambler’s paradise of over 55,000 square feet of both smoking and non-smoking sections.

Though they offer all the standard casino games, they also have progressive table games. These include the Emperor’s Challenge which is a Pai Gow variation. Then there’s Ultimate Texas Hold’em, along with Mississippi Stud. There is also any number of blackjack variants including both 2-deck and 6-deck games. Hell, they even offer 21 + 3 and all the Spanish 21 games. It’s true that there’s no baccarat, but we’re guessing that in Texas it’s not so popular. If you go on either a Friday or Saturday night, you’ll be able to partake in the bingo jackpot games. Finally, we should mention the keno lounge, which offers up multiple keno games, including Speed Keno and 50 Cent Keno.

The reason that the Lucky Eagle Casino can operate in the state of Texas is that it’s a native American owned casino, situated on their own land. The Chehalis Tribe have a deal that allows gambling on the native-owned territory.

What About Naskila Gaming?

This casino is owned by another Native American tribe, the Alabama-Coushatta. Once again, it”s situated on their own land at the reservation near Livingston in Texas. They are open 24/7. Though they offer Class II games, they can’t offer any selection of casino table games. So it’s just slot machine, with around 800 machines dotted around the premises. There are a number of restaurants on-site, including Mexican and a good old fashioned American grill. As of the time of writing this, it’s uncertain whether they’ll be able to continue operating their slots machines.

This is due to a new statute, HR-759, that’s making its way through the state legislature. This intends to clarify the situation whereby of the three tribes able to offer to gamble, they all get the same bite of the apple. Right now, the Kickapoo is also offering Class II games and wants to be able to offer all the games you might find at the Lucky Eagle Casino. It’ll also authorize the Ysleta del Sur Pueblo Tribe to be able to offer gambling on their tribal site.

Gambling in Texas: What About Casino Cruises?

Providing that the boat is far enough out in the water, then these gambling laws no longer apply. So, you’ll find a number of large cruise ships offering gamblers the chance to play once the ship leaves the dock. These include Carnival Valor Casino, Carnival Breeze Casino, Carnival Freedom Casino, and Jacks or Better Casino. Most of these ships are able to offer a couple of hundred slot machines, along with the most popular table games. But, just s you know, these slots offer a terrible payback percentage.

Where Else Can You Gamble in Texas?

As we previously mentioned, you can still gamble on both the dogs and the horses. But in order to place a wager, you’ll be needing to attend the event, as you can only bet on the site. In Texas you have the following tracks;

Let’s have a look at this track to get an example of how it all works. The first thing we should point out is that no tracks offer any casino games….they are all totally banned. But having said that, if you can get involved in the horse or dog racing itself, then you’ll be perfectly happy with your wagering. The admission is a mere $5 and you can get in from 5 pm. All races start at 6.05 pm. The general idea is that racing stakes are on offer as a prize pool, into which you’ll be adding money or they have a guaranteed win prize pool.

Just like casinos, race tracks all offer a generous comp system. Look at it as you would the “players club” at the casino. For each and every dollar that you bet with, you’ll receive points. There are also daily bonuses. Also, you’ll get yet more points for every dollar you spend in the concession stands and the gift shop. All these points can be redeemed at various points around the track. For example, 10,000 points get you a $10 food and beverage credit.

If you achieve VIP status then you can up the comps considerably. Then on Tuesdays, they have a “double points” day. If you take the time to study the form, then yes, there’s money to be made betting on both the horses and the dogs. And that’s in spite of the sportsbooks setting the odds so close to the line.

You might hear some gamblers state that there’s no gambling in Texas. That’s just not true. And as far as casinos go, well there are at least two, with one of those offering all the casino games you’d find in Las Vegas, like jackpot poker, blackjack, and roulette. Then there are the river cruise ships. For sports bettors, they’ll have to contend with horse and dog racing.

But with bettors going out of state in order to gamble, we think it’s only a matter of time before new legislation allows for casino games within the state boundaries. Presently they are losing possible tax dollars with the outdated views on all forms of betting.