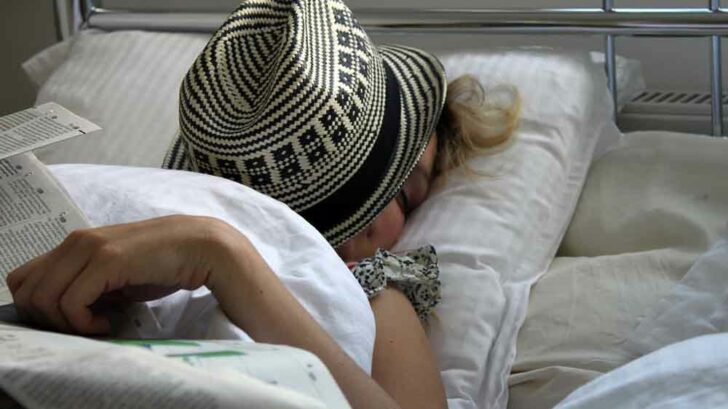 Actually, looking for hangover cures BEFORE you go out for a night on the tiles, is probably not such a bad idea. Considering that the city of Las Vegas is pretty much-crammed wall to wall with drinking establishments, then indulging in the nightlife here is as easy as it’s fun. But all those cocktails, glasses of wine, and tankards of beer are going to lead to the mother of all hangovers for the next morning. With that in mind, let’s see what Sin City has to offer us in the form of hangover cures. After all, you can hold the city responsible for turning your brains to mulch the previous night. Water and sleep are the basics. But once those fail you, then you’ll be needing something a bit more substantial. Here are some great places around the city to help you recover.

Cure your hangover at home with the Bovada Casino

IV Therapy at REVIV Inside the MGM Grand Casino

One of the main causes of a hangover in the first place is simple dehydration. You might well have been drinking all night, but none of that was good old fashioned water. So it’s always a good idea to start your hangover cures by getting water into the system as fast as possible. Of course, if you’re feeling sickly after too much booze, then drinking yet more, even though it’s only H2O, is going to prove a struggle. Well, for all your pitiful drunken fools, count your lucky stars as help is on hand. You’d never imagine getting an IV for a hangover. But situated with the MGM Grand Hotel and Casino is a medical center offering this service. An IV can get liquid into the body faster than any other method. So it’ll only take a fraction of your time to achieve the same results.

Of course, you might get better from spending the whole day in bed with the room spinning about you and a full glass of water on the bedside table. In fact, this is the only IV drip service in the city. To that end, we thoroughly recommend that you book an appointment for the following day before you head out for the evening. Though they’re open 9 am till 10 pm, you never can be sure whether you’ll actually get an appointment. The IV system for curing headaches is extremely popular in Las Vegas, and people also come from miles around. Also, keep in mind that you’re in the middle of one of the hottest places in the US. So you don’t need to go drinking to get dehydrated.

Best Hangover Cures in Las Vegas: Relax at “The Beach” Inside the Mandalay Bay

With most of your time spent either in an office, in the casino, or at home in front of a computer, it’s probably no surprise that this generation gets so little sun time on the skin. As a result, many have a vitamin D deficiency. That’s why relaxing in the bright sunlight at the Beach in the Mandalay Bay Resort and Casino is a great idea. As well as being one of the cities better hangover cures. It’s actually situated in the southern part of the Las Vegas Strip, though it’s very easy to get to. Of all the amazing pools dotted around the city in the various casinos and hotels, this one is head and shoulders above many. It’s 11 acres and features a tropical beach made of 2,700 tons of silvery fine sane. There’s also the famous wave pool as well as over 100 cabanas and even your own villas to rent.

If you happen to be staying at their hotel, then the use of the beach is free. Otherwise, there’s just a small fee to visit and hang out. Then from May through to September, they have any number of live concerts. Of course, as you’re lying there soaking up the sun, you’ll probably be wanting a nice cocktail! Now you can relax and plan out your jackpot winning tips and tricks for the night to come.

Take the Hair of the Dog Approach at Hexx Kitchen

If you have a hangover from a party, it really just means that you stopped partying too soon! Now you’re in Las Vegas, you’ll have no problem finding casinos to win the jackpot. And afterward, go celebrate your wins at parties and clubs. Keep going until you’re wrecked. At which point you return to base, whether that’s a hotel or rented room, and simply crash. But as day follows night, come the morning, as the bright sun streams through the windows onto your face, you’ll wake up to a splitting headache. That’s when you start searching for hangover cures. So why not shower and then head off for a brunch at Hexx kitchen which is almost exactly in the middle point of the Strip.

The prices are affordable and you can order the hair of the dog….and just keep going. From your table, you get a wonderful view of the Bellagio fountains. For just $26 you can hit the breakfast/lunch buffet. This restaurant is actually part of the Paris Las Vegas Hotel and Casino group. The company has several high-quality eateries stationed around the city.

This probably isn’t a choice that doctors would recommend. Yet many people in Las Vegas suffering from a hangover simply choose to keep the party going. You can take the ol’ hair of the dog approach with bottomless mimosas at Hexx Kitchen. This restaurant is one of the most popular brunch spots in Vegas thanks to its reasonable prices and great menu items.

Let’s face the fact that you originally came to Vegas to gamble. But in all the excitement, all those jackpot winning strategies just flew out the window. And why? Because the partying got the better of you. But you can still prove yourself as a real trooper. You can do this by hitting the casino once again, the very next morning after your rave. Yeah, you might have a headache and feel worse for wear. But being forced to concentrate on your table game, will certainly sober you up. So we suggest going all out and hitting up the Wynn. After all, even TripAdvisor ranks this institution the best casino in the whole country.

And standing there, at the entrance to the jackpot games room, is an incredible sensation. But do spend a little time looking for affordable tables. Some of them will go through your bankroll in a jiffy. On some days they run a promotion. You’ll be able to source tables where the table minimum is $10. Though gambling per se, won’t make the headache go away, some claim that the excitement of gambling makes them forget about any pains they might have. You just gotta push through it!

Sleep It Off in Your Luxury Room at Caesars Palace

Now here’s an interesting option. Why not book into and then crash at one of Las Vegas’s best hotels. You can just chill out in bed and order room service for everything. You can take your time to recover. And later that day, as you walk over to the casino of your choice, you’ll be refreshed and ready to knock everyone down again. The Caesars Palace Hotel and Casino has more than 3,900 rooms. Though the Forum Tower rooms are the cheapest, if you really want to give yourself the royal treatment, then splurge out on the hotel’s most luxurious rooms, in the Julius Tower.

The Julius Royal Duplex Suite is the one with your name on it. And it’s probably one of the most exclusive hangover cures in the whole city. There’s a two-story room with bonkers views out over the city and the desert. You can simply chill in the spa-like bath, as room service takes care of your every whim. Like a high roller. No one said it’s cheap, but then again, if you have to ask the price, then the chances are that you can’t afford it.