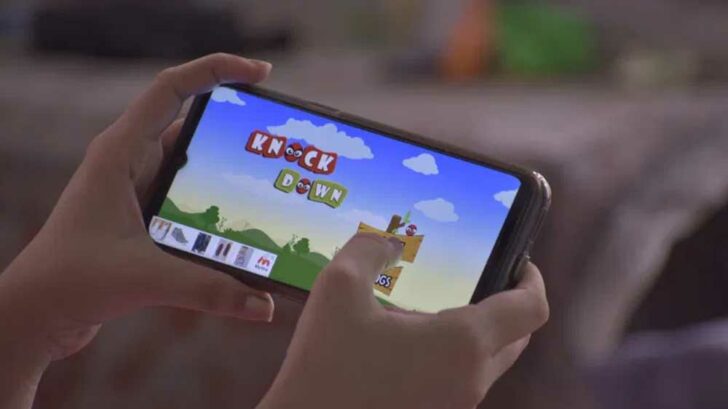 Introduction: The Remarkable Evolution of Mobile Gaming and Gambling Apps

The evolution of mobile gaming and gambling apps has come a long way in a short time, thanks to massive leaps in modern technology. Today, the mobile phone has become one of the most essential devices on the planet. A couple of decades ago, having a mobile phone meant you’d be regarded as a VIP. Today, not having one would be slightly weird. People would wonder both why and how someone isn’t connected in the modern age. Costs have come down as well, and though you can pay extraordinary high prices for a some mobile devices, you can find a perfectly functional mobile phone for a basement bargain price.

In 1969 the Apollo 11 landed on the moon. The computer power used in that spaceship was more than 4 million times less than you’d find in a modern iPhone. Virtually everything you can do on a modern laptop or PC can be now done using your phone. And it’s a given that you can access and search the internet seamlessly and securely. The amount of functionality your mobile phone is capable of is astounding and just keeps growing. So downloading mobile gaming and gambling apps and playing complex games is a given. And that includes playing at the best online casinos with jackpots for real money.

Way back in 1994, the very first game for a mobile phone was “Tetris” and it featured on the now discontinued Hagenuk MT-2000. Three years later, and Nokia introduced the famous “Snake” on it’s Nokia 6110 model. At the time, this became the first global mobile game sensation. Today, you can still find both old and modern versions of the game. Moving onwards, in 2003, the Japanese were storming ahead in the production of games for mobile phones. They were mostly puzzles, old-style arcade games, and virtual pets. Remember Tamagotchi? A decade later and the Japanese mobile gaming industry was worth around $5.1 billion, more than even console gaming.

Just a couple of years later, the Chinese took the top spot as the largest gaming mobile developer. Keep in mind that up until 2015, all console gaming was banned in China, which led to huge advancements in mobile gaming.

As the world was becoming more and more enamoured with mobile gaming, Apple launched their App store in 2008. At first, there were restrictions and all users had to purchase all products and gaming services via the stores themselves. But gaming publishing companies saw a huge leap in profits across the board, allowing them to move the design and development of new games up a gear. Thanks to this, more and more mobile gaming and gambling apps were introduced to the market place as developers started to work with multiple gaming brands.

A new means of experiencing jackpot games came onto the market in 2017. Virtual Reality (VR) was an interesting and innovative way of playing games. The core providers behind this new technology were Oculus, HTC and Sony. Both Google and Samsung started to produce VR headsets. Any game that contained high-resolution graphics could work well with these VR devices. Soon a whole plethora of games came out to make use of the VR systems, including such genres as horror, city-building games, shoot it up and driving games.

Today, VR and casino gaming is still in it’s relative infancy. As of writing, there are five slots you can play. These include Jack and the Beanstalk VR, Gonzo’s Quest VR, Starburst VR, Miss Midas VR, and Thunderstruck II VR. Provided that you have the right equipment, then these games are still an enjoyable experience. The makers claim that the overall experience is even better than real life as certain elements like the glitz and the glam have been turned up to the max. But, then again, they would say that! You can also play video poker using the Oculus Rift headset.

Also, we should mention that the poker brand, PokerStars, have teamed up with the streaming platform, Steam, to offer their version of jackpot poker. Their “early release version” which dropped in December 2020 has received glowing reviews from VR players who praise the game-play as well as the whole casino ambience.

Gambling on a Mobile Device for Real Money

Despite the popularity of land-based casinos, online mobile gaming and gambling apps have seen a massive jump in the number of players over the last 10 years or so. To attract new players, many online casinos, like King Billy Casino, offer nice bonuses for new subscribers, which are essentially free money to come and play. Being able to use your phone for gambling is a huge win for casinos. Players can access their favourite games at any time of the day or night, and from any location.

This convenience factor is probably the number one reason why gambling from a mobile phone is so popular, and has left the PC far behind. Interestingly enough, a quick look into the future and maybe we’ll all be gambling with smart watches.

Another means of attracting players is that you can play for free on virtually any casino whilst looking for the best casino site to play. That doesn’t mean you’ll be able to win any real money, but it does allow you to practice. When you’re feeling competent about playing, then you can dive into real money games. Comparing this with real bricks and mortar casino, where you have no choice but to start to play from the very beginning, then it’s easy to see just how popular online casinos can be, especially with mobile gaming and gambling apps.

Playing this way relieves a player of the stress and pressure he might encounter at a real casino when playing real money games. This is especially so with other more experienced players sitting at the same gaming table. That’s why we love King Billy Casino. Play for free until you’re ready. Then you get to collect a real money welcome bonus.

Utilising the possibility of being able to master real money games, but without putting your bankroll on the line, is a sure-fire win for online gambling and casino companies. We suggest that all gamblers use mobile gaming and gambling apps with this facility to get up to speed with casino games. It doesn’t matter if they’re mobile table games with online poker apps or simple mobile slots. Only once you’re comfortable, then take the plunge into the world of real money gambling. Not only are there tons of free mobile gaming and gambling apps, but also there are many developer websites aimed at helping you improve your casino game of choice.

Gambling using your mobile phone has certainly come a long way in a very short period. Today, your laptop and PC are pretty much obsolete when it comes to playing online casino games. The fact that you can fire-up any number of mobile gaming and gambling apps, or go visit an online casino at any time and from anywhere, makes this type of gambling unbeatable. The sheer portability, coupled with convenience, makes using your mobile to gamble with a delight. OK, we’ll admit that playing on a 4-inch screen does leave something to be desired, though the phone still wins out over the tablet.  But if you want the completely realistic experience, then go buy yourself a VR headset.