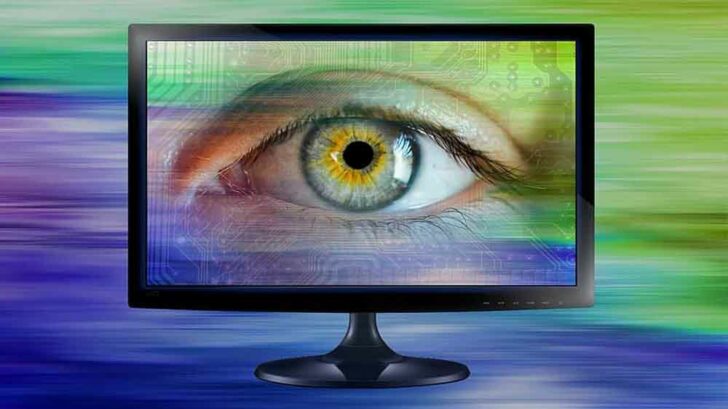 It’s an unfortunate side effect of online gambling, that poker rooms have to be policed. Essentially they are on the lookout for any cheating. And there’s a lot of it going on. Whether via colluding or multi-accounting, there is any number of underhand methods that give the sneaky player an unfair advantage. But more recently, we have seen, Terminator-style, the rise of the bots. Right now, the problem is really ugly. Many players are hesitant to play online at even the best site to play poker simply because, if you’re playing against a bot, you’ll never have any winnings or profit.

So what exactly are bots? And why are they bad? Let’s have a look at the life and times of poker bots.

What Are Online Poker Bots?

A bot, to all intents and purposes, is just a computer program written to play poker. By taking into account game theory and specific mathematical concepts, they are able to make the best long term decisions. Now, these bots are only going to be as good at poker as the programmer. That’s why there can be a huge difference between the standards of bot play. Of course, these bots cannot “read” your opponent. They are programmed to use a systematic method of play in order to beat the other players sat at the online casino.

Whereas “no-limit” poker gives more incomplete information, thus needing a high “read”, these bots are experts at limiting the betting structure of the game which can cap the wagers to specific amounts. With this “low read” method of playing, they can certainly clean up. Having said that, there are now many more “intelligent” bots coming out, which appear to be able to read incomplete information. Gulp!

Poker Bots Have Improved Over the Years

When bots first appeared on the scene, no one took them seriously. The programming was primitive and they could barely beat micro-stakes, let alone a table of long term no-limit players. But as the popularity of poker grew, so did the desire to create a better bot. It was the players themselves who were driving the market as they offered huge sums to programmers to create specific bots for them. So good were these programs, that they were able to beat Texas Hold’em on a frequent basis. We have seen bots that are so sophisticated that they can beat any game of poker, hands down.

Once there was a time when no limit poker was thought to be the red line that couldn’t be crossed. Many people thought the game too complex for a computer. But how wrong they were! Bots have beaten everything thrown into their path. Whether micro-stakes games or mid-stakes, all bow down to the conquering bot, which can now defeat even the top-flight players.

Libratus Shows the Potential of Bots

Thanks to leaps and bounds in the development of computer AI, many universities are jumping aboard the poker bot evolution. It’s not because these learning institutes have any interest in making money playing poker. It’s because their AI development can prove useful in other fields such as medicine. Their first efforts, though good, couldn’t beat top-level professional players. And then Carnegie Mellon University developed “Libratus”. The CMU’s bot was entered into a competition with a group of top players led by Douglas Polk in 2015. But thanks to Polk’s aggressive play., the players were declared the winners in this machine vs man challenge.

The CMU went away and then returned in 2017 after having made some upgrades. Facing a team of Jimmy Chou, Jason Les, Dong Kim, and Daniel McAuley, Libratus had an easy win over the course of 120,000 total hands.

Below, you can see how badly the bot defeated each human opponent:

Thanks to the programs’ own AI, it was able to “teach” itself after every session. Thus it was constantly analyzing and then improving itself and learning how to be a better player. Poor human players need to take a rest and can’t keep playing over long periods of time. Dong Kim noted the difficulty in playing against a bot. “I didn’t realize how good it was until today. I felt like I was playing against someone who was cheating like it could see my cards. I’m not accusing it of cheating. It was just that good.” All in all, Libratus won 14.7 big blinds per 100 hands. This is an amazing rate in the micros, let alone after playing against the world’s top poker players at a high stakes table.

Why Are Bots Hated in Online Poker?

Libratus really represents the pinnacle of bot design. And though there may not be many bots at the level, they are enough of them to make playing online poker a risk. In no particular order here are some reasons why poker bots are so hated.

Most players will start to flake out and lose their concentration after around 4 – 5 hours at the poker table. But bots suffer no such limitations as they never tire. In effect, they can play 24/7 forever. In spite of this, bot users do turn them off to mimic human behaviors and make the sessions appear to be more realistic. Remember that the sites themselves are running software to identify bots from human players.

What’s called “tilt” is a major factor in playing poker well. Tilt essentially describes a person who finds themselves becoming agitated or flustered whilst in a game. And the more tilt you experience, then the more difficult it is to make clear and logical plays. Of course, bots have zero emotions. They constantly weigh up the options and play the best hand that’s statistically possible. They never have to consider the bankroll from an emotional perspective. It’s all just cold numbers to a bot.

No Fear of Risk

And talking about emotions, a bot has none. Scratch most poker players and you’ll find a risk-averse person under the skin. They may well bet and gamble, but if the stakes start getting too high for their comfort level, they’ll simply chicken out. They fear to lose too much. A bot has no such foolish weaknesses. They simply make the optimal bets based on the situation at hand.

Many bots offer a heads up display (HUD) which is used to collect information on your opponents. They then crunch those figures and you’ll receive a log of your opponents playing habits and tendencies in any given situation. As you can imagine, this can give a player a massive advantage. It goes without saying that these HUDs are banned from all poker rooms But many bots have these built-in, meaning that they have two advantages more than the human player.

Bots Remain One of the Biggest Issues in Online Poker

Bots are now a huge problem in online gambling, and especially in online poker. Those account owners who play with bots can enjoy a much greater possibility of winning. So it’s no surprise that so many players complain about these bots taking over their games. Some top players have quit altogether claiming that playing against a bot was for nothing. And some big players have been caught out using bots themselves.

Rooms like Pokerstars and Americas Cardroom(ACR) are really struggling to get ahead of the bot brigade. In fact the popular poker podcaster, Joe Ingram said every one to steer clear of ACR until they got the problem fixed. But poker sites, with human players as their life-blood, are doing all they can to eliminate bots. Many employ special teams who are dedicated to finding and then penalizing those using these programs to game the system. But catching bots is not an easy process.

We have noticed that certain sites have stepped up to the mark and are making headway in the battle against bots. For example, Partypoker closed down over 277 bot accounts and confiscated over $734,000 from those account holders. Pokerstars are also improving their detection systems and have been busily closing accounts and seizing deposits.

There’s a huge battle going on within the online gambling industry It’s technology vs technology! The whole legitimacy of gaming is at stake. How can you play a game involving real money if you can’t be certain you’ll not be facing a bot? No one wants to see their money wasted. Playing against a bot is definitely not how to win the jackpot. But online poker companies realize that the whole industry will fail if this problem isn’t tackled properly.

If you happen to be playing in an online poker room and notice any particular behavior that makes you even the slightest bit suspicious, then you should report it straight away. Let the casino companies find and destroy the team look into it. Unless they get ahead of the problem then online poker will gradually die.