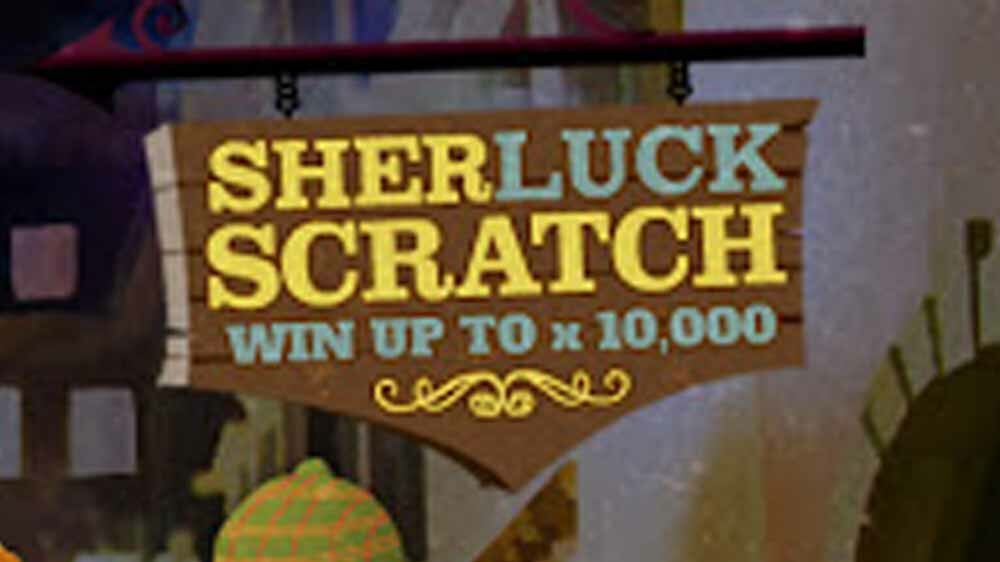 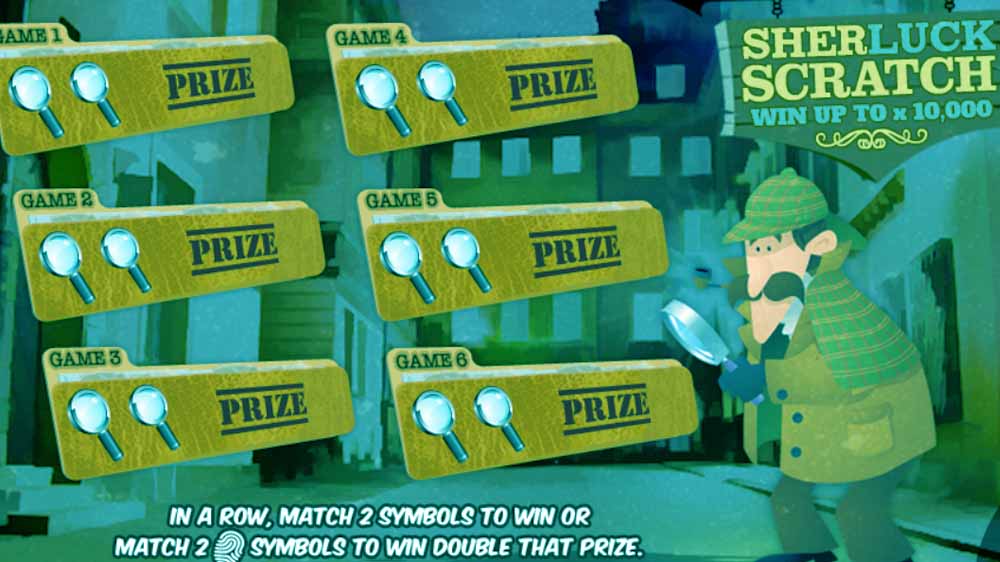 Sherluck Scratch is an online scratch card game by Betfair. The scratchie is a branded title that is based on the old but gold novels of Sherlock Holmes. Within this Sherluck Scratch review, we break down all the need to know details about the online game. Read on for a full disclosure of what the game is all about.

An Introduction to our Sherluck Scratch Review

First and foremost, the Sherluck Scratch game is available at many of the best online scratch card jackpot sites we have on the show. Your safest bet, however, is to use the Bet365 Casino one. It is available in many different countries and doesn’t require any additional downloads. The title is available on PC, Mac, Android, and iOS devices too. Sherluck Scratch is given a high RTP value of 98.92%.

What makes Sherluck Scratch a little different to other instant games is that you only need to reveal two matching symbols for a win, not three. The game itself isn’t the best suited for high rollers as you cannot wager too much per round. However, this means you won’t need to break the bank either to enjoy playing the game for an extended period of time. The game itself has got six panels on the screen which allows you to have a fairly decent chance of winning. But more on that later.

Onto the scratchy features themselves. Sherluck Scratch has got it all. You can bet anything from €/£0.50 to €/£5 per game. And, within a matter of seconds, you’ll have uncovered the six panels on your screen and will be able to identify a win.

The most profitable symbols are the ones which you’d normally associate with good ol’ Sherlock himself. Namely, you’ll want to match at least two of a kind of either the Noose, Diary, Gun, Knife, or Pipe. The most rewarding of them all, however, is the set of Fingerprints. Whenever you land on any of those bad boys, you’re set to claim an additional bonus. Who knows, it may well even lead you to the jackpot!

Yes, that’s right, you read that last sentence well. Sherluck Scratch is one of those scratchies that includes a jackpot prize for any lucky player. Namely, the major jackpot which has got everyone off their seats is worth a staggering 10,000x your stake! Thus, on a maximum €5 bet, that’s €50,000 from a single scratch card ticket.

Aside from the jackpot, you can still claim rather decent rewards. The second-largest prize is worth 5,000x your bet, followed by 250x, 25x, 15x, 5x, and 1x. Let us tell you, it’s still a small fortune that is up for grabs, making Sherluck Scratch one of the better scratch card jackpot games online.

It’s understandable if you’d miss out as the Betfair production is not always going to be available in every casino around the world. However, it is an option at Bet365. So, if you’re residing in a country which is on the Bet365 menu, head on over there right now to try Sherluck Scratch for yourself!