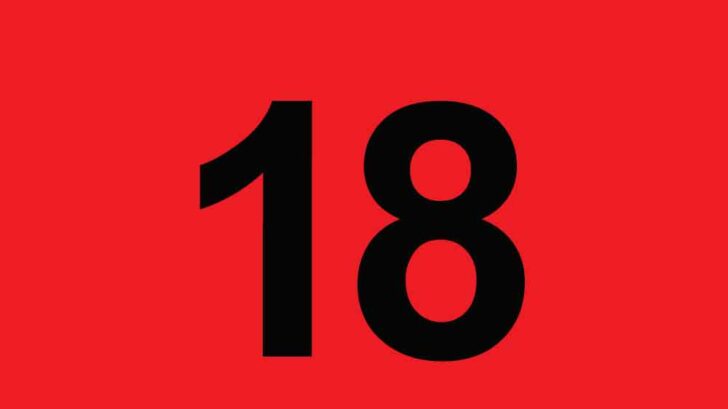 We remember back when we were teenagers and thought that the world was our oyster. And yet adults were always stopping us from doing the things we wanted to do. We would be forever questioning as to why we weren’t allowed to drink, smoke, drive the car until a certain age. Hell, there were even age requirements on gambling, movies, and driving. The whole unfairness of it all. Of course, part and parcel of being a teenager is thinking that you already know it all and certainly know what’s best for yourself. Poor deluded idiots. It’s only natural that we feel we are quite capable of making “mature” decisions well before the law gives us permission. Gambling and going into the casino also fall under these frustrations of age limits.

Age Requirements for Gambling: The Age of the Majority

It’s of little consequence how old you might feel or how mature you might act. What’s called the “age of the majority” sets a physical age limit on certain activities. And it this age of majority that allows for contracts to be written which specify an age. How else could you measure someone’s maturity? The law on gambling says that all gambling activity is forbidden to minors. If you join an online site, you’re required to register and state your DOB or age. If you win the jackpot online, then you’ll again have to show some form of official ID with the birth date present. This help enforce the age requirements of gambling. Keep in mind, that if a minor enters a casino, and even wins something, then it’s the casino who’s at fault. As minors are considered below the age of criminal responsibility.

If you are over 18+ check out the King Billy Casino

To save the casinos the effort, governments pass laws governing the eligibility of minors to gamble. As a teenager, you’re perfectly able to learn how to play poker, blackjack or any casino table game, but only in your own home. You can even play for money. In which case your parents may be accountable. We don’t care. But, when it comes to licensed establishments, well, you have to follow their rules which are also the law. part of the reasoning against teens and gambling is to protect the underage from consequences that may later have a negative effect on their own lives.

Emotional and Intellectual Maturity is Vital to Managing Risk

Many habits, whether good or bad, are acquired whilst the person is still in their youth or even younger. So, taking the average of problem gamblers to be between 5 – 10% of all gamblers, then many would of first come into contact with gambling when they were younger and more easily influenced. Gambling as adolescents is a sure way to impose a pattern of behaviors on a susceptible person. On the whole, a person’s maturity is to finally occur between the ages of 18 -26 in men. That’s the numbers the National Academy of Sciences determined in 2014. But it’s always hard to know the age when good choices with regard to risky behavior take place.

There are a number of professional sports that don’t allow teenagers to compete. It’s not just that they lack the physical attributes necessary to compete, but also the emotional maturity. On the other side of this argument, which is to protect children from the “real world”, there’s another school of thought which has shown that children under repeated stress do mature faster. But we might want to keep in mind that children are simply not capable of making adult decisions. And gambling is all about taking risks. Most societies deem it too risky for young people to partake in.

Whether we are talking about the inherent risk associated with gambling, the bottom line comes down to money. Or more importantly the source of gambling funds. Most governments don’t care if a punter bet’s the house, the car, and the family inheritance. Just as long as they can collect the tax on those wagers. In the same way that governments don’t ban smoking, but just up the price for an addictive drug, so that they can get their share of taxes. We digress. But the legality of something that has the potential to be absolutely self-destructive really bores down to this salient fact.

Essentially teens don’t have access to the sums required to be lost at the casino. If they did, then casinos and the law would welcome them with open arms. The online gaming industry, with its games and various consoles, is happy to take huge sums from the young. But your average teenager, who’s playing blackjack at the casino, isn’t unable to cover his losses. And though a casino will never ask the source of your cash (and just think about how much-stolen funds pass through their doors), you still have to come up with those initial funds and return with new funds. Unless the source is illegal, then it’s very difficult for your average dumb teenager to find funding for any casino action. And just think if you were running a casino based on the financial well being of teenagers? You’d be out of business within the week.

The general scientific thinking is that teenagers are more likely to fall into addiction. And fall at a faster rate than your average adult. Gambling addiction is probably the number one reason why many oppose the spread of organized and legal gambling. And with care and social help needed to assist those who have fallen through the cracks and end up as gambling addicts, then you could point to an actual financial cost for this affliction. Then there’s the criminal behavior that goes hand in hand with supporting a gambling addiction. There has been shown, time and again, a definite and quantifiable connection between crime and gambling.

So having age requirements for gambling, whether on a casino, land or online-based, or any other gambling establishment is a good starting point. The general idea is that good governance exist to help the population grow up to be responsible and meaningful members of that society.

What Is the Youngest Legal Gambling Age in the World?

In order to answer this, we took a look at Wikipedia.

The article includes a few other restrictionless forms of gambling:

Another country enacting unusual gambling laws is Afghanistan. They strictly forbid any gambling activities in land-based casinos. But anything goes online, including the fact that children of any age can gamble and have a shot at jackpot games. Also, Tunisia has the same system by a weird default. They simply failed to make gambling illegal for all ages. In Malawi, in Southwestern Africa, children of 5 years old can enter and gamble at the casino. But a quick trip around the globe reveals that the average age requirements for gambling to such establishments are between 17 – 21 years of age.

In his treatise, “The Germania”, written in 98 AD, the famous Roman historian, Publius Cornelius Tacitus wrote of the ancient Germans. They were famed at the time for their reckless and all-consuming gambling. “An amazing thing to us is that they practice gambling as the serious occupation of their sober hours. And they hazard to win or lose so recklessly that, when all he has is gone, a player will stake his personal liberty on a last and decisive throw. If he loses he goes into voluntary slavery. And, although he may be the younger and the stronger man, he suffers himself to be bound and to be sold.

They exhibit herein a most perverse obstinacy and call it paying a debt of honor. Successful gamblers get rid of the slaves under this title by selling them to the merchants in order to escape their share of the shame.”

So over two thousand years ago, the destruction wrought about by gambling is still with us today. It is, of course, the inherent weakness in man and his efforts to control nature and the uncontrollable. Many lose everything. Even their very lives. And that’s why even the most cynical among us have to support the implementation of age requirements for gambling when it comes down to the contentious issues of placing bets. And also because your average teenager is a total idiot!