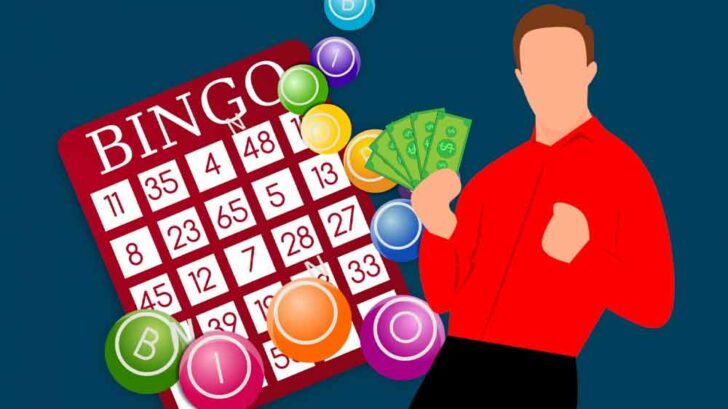 As a direct result of this, you can find any number of games, all with different themes and graphics, and all aimed at different segments of the ever-growing marketplace. We’ll take a look at the most popular games on the online jackpot sites and find the best bingo games for you.

This is probably the most traditional of all bingo games we’re going to review. The game takes its name from the fact that there are 90 numbers and they’re numbered from 1 to 90. You choose six cards and each one of them has three lines which have five squares that each contains a number, and nine segments. These you need to match up with the numbers called. You can win by getting a vertical, diagonal or horizontal line of cards. As you well know, the first player to reach a full row of numbers is the winner.

This is similar to the game above, except that here we’re dealing with just 70 numbers and the format is 5 x 5. There are squares set out in different segments, with each one labeled with an initial that spells out “bingo”. During the game the bingo caller will announce both a letter and a number combination. You then mark these off on your card. Once again you can win by forming a horizontal, vertical of diagonal row. The easiest way to win the game is by crossing off all four corners.

This style of bingo is more about winning big money. The game is also called “Full Slot Bingo”, and in the US, “Power Outrage”. The aim of the game is to cover every square of the card. Rather like a progressive jackpot, if no one wins the weekly prize, then it rolls over to the next weekly session. We suggest that you build up some experience by just playing with one card, to begin with. As your confidence grows, then start taking on more cards.

This game is probably closer to the 90 ball game than the 70 balls one. There are no free squares on the cards. It’s probably the fastest-paced game here, with the numbers being called in a row and continue until a winner is called. If you want to find some intensity whilst playing bingo then this is definitely the version for you. To get the first bingo, you’ll need to find a horizontal column first, and only after this concentrate on making the next two or three lines. Essentially, if a player can fill both horizontal and get the column to correspond to a vertical line, then there’s a possibility to fill out the card even faster. And with that you have a greater chance of winning.

This game has more in common with the lottery according to the best jackpot reviews. Yet, on the other hand, it’s for those players who want to feel more in control of their game, than just relying on sheer luck. There are two parts to the card. One is for gaming, and the other is for validation. As a player, you get to choose the numbers that you think will come up. You can select the numbers for up to five games. Keep in mind that the cards are only legal on the date of the issue.

As you probably already know, the game of bingo is based on a 15th-century version of the Italian lottery. it was called “Le Lotto” and incorporated aspects of lottery games such as Italy’s ‘Lo Giuco del Lotto d’Italia’. As the game spread in popularity throughout Europe, especially France, it was picked up by the nobility. Although it may have received some legal and religious push back, gradually all gambling games became more and more acceptable and soon they were a roaring success.

The Online Game is Driving the Offline game

Today, with the advancement of technology, everyone with a smartphone can have a flutter. In fact, it’s this new approach that technology has bought with it, that has helped the game has shed its old image of the “blue rinse brigade” of pensioners shuffling off to the bingo hall or church recreational area. Today, more and more young people are getting involved, and it’s become a fun thing to do on any night of the week. A recent YouGov poll showed that almost 28% of those aged between 25 – 34 years of age have played bingo online. That’s considerable more than the next higher demographic of 35 – 45-year-olds. So we can see that the pull of this old stable of a game is still very much with us.

The Future of Traditional Bingo

So does this signal the end of the bingo hall? Probably not. In the same survey, 3 out of every 10 players had gone to the bingo hall in the last 12 months. The research also showed that these players were far more likely to be into other forms of gambling. Many of them also play blackjack and roulette in the online environment. But there is a kind of old fashioned excitement about attending a real game of bingo at the bingo hall. There’s the ever-present hint of nostalgia and the atmosphere is one of fun and being busy.

We suggest that you go with a group of friends, as it’s an excellent evening out. Everyone has the same goal in mind, and yet there’s a feeling of fun in the air. No one takes it too seriously and there’s always time for a chat and to meet new people. And, of course, there’s the chance to take home some winnings.