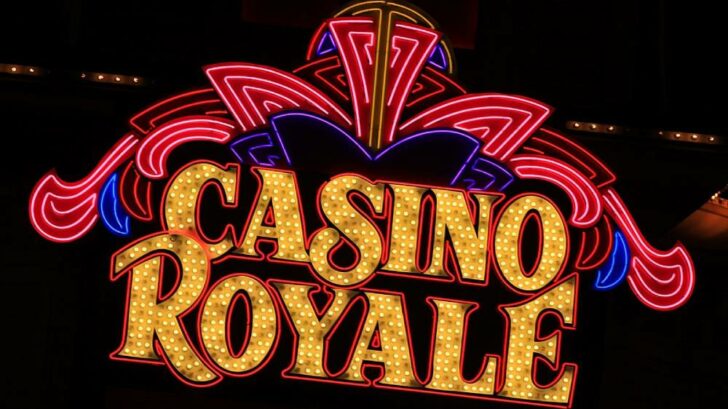 With Daniel Craig finally saying goodbye to the role of James Bond, we thought we would take a look back at one of his most iconic James Bond movies. Of course, he is a British icon of cool, mesmerizing sex appeal, cruel determination and a rather outdated manner with women. Nevertheless, Daniel Craig‘s James Bond is certainly every man’s fantasy with his death-defying role of the cocktail drinking and womanizing British agent, 007. Without a doubt, Craig has been one of the best Bonds. And in Casino Royale, he certainly delivers the goods. But much of this comes down to the way a new set of writers have approached the whole genre of Bond movies for the 21st century.

A Bond For Millenials

This was to take the rather lightweight and cheeky Bond from the era of Pierce Brosnan and Roger Moore and turn him into a more serious and gritty actor. Although Daniel Craig never sends up the Bond character, he is by far the best James Bond since Sean Connery. What’s interesting is that his effortless presence, and ever lethal danger, means that he could equally be at home playing a Bond villain as opposed to playing the suave Bond himself.

The beginning of Martin Campbell’s 2006 movie starts with a violent and nasty killing in the men’s bathroom. For greater effect, it’s in the grainy monochrome. Once again, Bond uses his official double 007 rating to take out a traitor from the higher reaches of MI6. Then he must go on to tackle his first supervillain. This is Le Chiffre, played with great aplomb by Mads Mikkelsen. Originally a banker to Smersh, he’s now the accountant and financial banking expert for international criminals and terrorists throughout the world.

Of course, with Casino Royale being a James Bond movie, where there’s a distinct space between reality and fantasy. So it’s no surprise that no real terrorist organisations are actually mentioned. Having said that, M does imply that the price of airline stocks being manipulated could have been a motivating factor for 9/11. Ian Fleming would have had a wry smile at that idea. 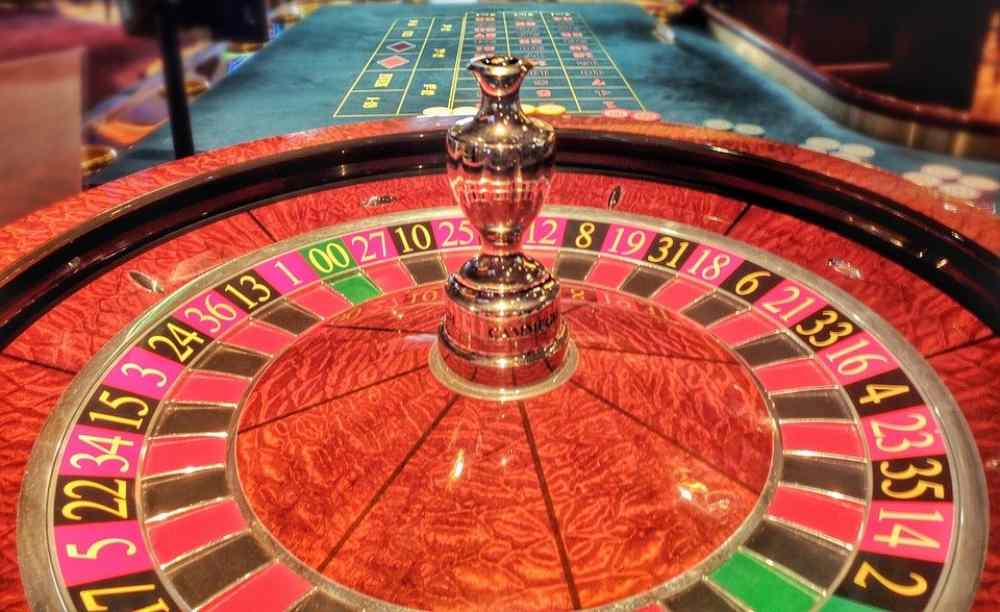 We must confess that the central premise of the film is incredibly stupid. It’s obvious from his previous outings that James Bond is not a professional card player. Maybe he should get some practice playing online at 22Bet Casino. They have roulette, baccarat, blackjack and poker as live dealer games. That’s because he’s a rather poor amateur at all casino table jackpot games. So the idea that he will take all of Le Chiffre’s money and therefore, relieve possible terrorists of their financial resources, is far-fetched to say the very least. Then there’s the fact that it all takes place over a single high-roller game of cards is even more fantastic. And then consider they’re not even playing Bond’s usual casino table game version of Baccarat, Chemin de Fer, but the déclassé and uncouth game of Poker. At the Casino Royale poker table in Montenegro, we can see that Mads Mikkelsen is following in the footsteps of the original Orson Welles 1967 version, as Mads appears to be hamming it up for the audience.

Eva Green plays the tax official who is acting as the UK government’s front for millions of pounds of taxpayers’ money that’ll make up Bond’s bankroll.  As Miss Vesper Lynd, she speaks English with a slight French accent. This makes her sound as if she’s being constantly sarcastic. She is very different from your typical Bond girl. Rather than the vapid good looks of previous females, she comes across as a private school head girl with her haughtiness. And there are many close-ups of her appalled expression as she watches Bond struggle at the casino poker table. He appears to have no idea of any jackpot winning strategies.

Where Are The Gadgets?

In many ways, Casino Royale is not your basic James Bond movie. Yes, it’s true, he does win a vintage Aston Martin. But it doesn’t have an ejector seat.  In fact, the whole movie lacks the normal gadgets that we expect to see. And these would normally be from the expert hands by the venerable Q.  Nevertheless, the Bond franchise is still chock-a-block with branding and consumer advertising. There’s a subliminal and painful glimpse of Sir Richard Branson. As for Dame Judi Dench, playing M as always, splendidly disapproving and icy. Yet at the same time, she was able to be almost motherly and caring. Though she doesn’t share any jackpot winning tips and tricks with Bond.

A Sensitive Bond For Casino Royale

In a huge break from tradition, we actually see James Bond get tortured. And as a huge reversal from the female actresses being shown partially nude, in the torture scene, it’s James Bond who is without clothes. Le Chiffre swings a knotted rope between Bond’s legs. And in doing so we can feel every single man sitting in the cinema around us wince and cross their legs. In previous outings, James Bond tends to rely on pretty lame innuendo when it comes to talking about sex. But in Casino Royale, he seems to show a softer, more caring side. For example when he is chatting with Vesper Lynd in the first-class railway compartment.

What’s more, Bond doesn’t actually get it on with any female throughout the whole of Casino Royale. Which is quite a change from the traditional Bond trope as a super lover. In fact, for the first time in a Bond film, he actually declares his love. And then, when Vespa breaks his heart, we can see how Bond came to be in possession of his colder heart. All thanks to a whole history of doomed romances.

In spite of the lack of fantastic gadgets, and the smirking quips and innuendo that used to be so enjoyable in previous outings, Casino Royale is a ridiculously enjoyable movie. Though we have to admit that we don’t think Bond is the type to visit casinos to win the jackpot. For that, you’ll need to head over to 22Bet Casino. They have a nice welcome bonus waiting for all new players of 122% up to €300. Not quite the sus available to Bond, but it’s a great way to start.

Nevertheless, all the emotions have been dialled up 100%. And there is a huge injection of a form of sado-masochism as well. Daniel Craig certainly brings a huge amount of grit to the role. In many ways, it’s a shame that he is now hanging up his Walther P99. The idea that the next James Bond will be a woman is quite frankly ridiculous. It’s so far away from Ian Fleming’s original character that it’s hard to get behind this new venture.