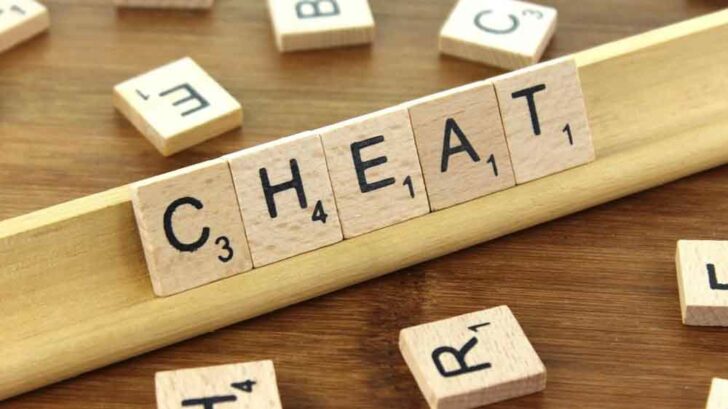 Of all the things to scam, to cheat the casinos seems the most obvious. As casinos involve both games of chance and cash, it should come as no surprise that there are those who see them as fair game for criminal exploitation. And why not? To be able to beat the system and walk out a lot richer than when you walked in is fair game for someone of the criminal bent. Since the opening of the first casino, there have been those who see, not just an opportunity, but a challenge to bamboozle the dealers, cheat the jackpot games, and beat all those security measures that the casinos like to claim are unbeatable. Let’s have a look at some of those efforts and the people behind them.

Casino cheats can really be divided into two categories, the unintelligent who try and cheat in lazy and uncouth ways, and those who have more than enough grey cells to be able to devise extraordinary and cunning methods to relieve the casino of cash undetected. This first tale of daring-do falls was performed by three players of the latter category. Rather touchingly, it was truly a family affair. The croupier, who was to all intents and purposes the “inside” man, his brother-in-law, playing the gambler, and his sister who would be stationed at the next table.

Now the roulette croupier had another talent, one that he had not shared with anyone. He was a short wave radio enthusiast who was a keen hand at the construction of ham radios. Using his skills he devised a plan whereby a tiny radio receiver would be placed inside a specially made roulette ball. Oh, we forgot to mention that this was way back in 1973 when these technologies were cutting edge. Today you could find a transmitter ready-made for just a couple of dollars in Radio Shack, but back then it would have had to of been built from scratch.

Here’s the low down…the croupier would be doing his croupier thing and the brother in law would take a seat at his table. He would then place his bets. Meanwhile, sitting just a table away was the sister. She was clutching a remote control that was hidden in a pack of cigarettes. The ball had been designed to make a controlled entry into the roulette wheel to the point that it would always end up landing between a group of six neighboring slots. This happened nine times out of every ten throws. And just how good was this system? Well, good enough to net the trio five million Francs in just one week. But it was not to last.

Because the croupier worked at that particular casino, and the “trick” needed his involvement in inserting the ball, it wasn’t long before the casino security started taking note of the fabulous luck one person was having whilst playing at his table. Going through the security video, it didn’t take them long to put the woman seated nearby and the winner together. For some reason, she was always clutching a packet of cigarettes. Once security asked to see this, the game was over. Still, a really good effort!

Cheat The Casinos: The Hacker

Dennis Nikrasch certainly had the mechanical and tech skills to cheat the casinos and beat the system. But, as we’ll see later, what he possessed in those technical abilities he surely lacked in people skills. After giving it some thought, he decided that the best way to game the slot machines was simply to purchase one on the open market. Having done so, he began to study the inner workings and programming from the comfort of his home. With research, he was able to discover that you could buy the chipboards used in these machines on the open market, and so he bought his own. After learning how to program his own chips, he now had the power to set off a win whenever he wanted.

Of course, what might work at home might not translate into winnings at a real casino. He quickly realized that he was missing an important piece of the puzzle. Namely, he would need a special key with which to open the jackpot slots machines to enable him to swap out the chipboards for his own. Turning to the black market he was lucky enough to secure one. The final stage was to assemble a team of “human blockers”, who would gather around a slots machine and so shield him from the security cameras as he used the key to open up the machines and make the swap.

The plan was for a member of the team to play the altered machine, win and then they’d all share in the winnings. But what should have been an easy win was let down by the incompetence of others. Problems started with his first hiring. This guy worked for the Nevada gaming authority, and so was forbidden to collect winnings. So he in turn hired another guy to make the play and collect the cash. This latter guy, Reid McNeil was an utter idiot. After winning $100,000, he became very nervous and started acting suspiciously. Not only that, but he’d forgotten his ID. Worse still, he returned to his hotel room, which had blueprints of the various machines and their workings strewn about the room.

We’ll never know if Nikrasch had chosen another team whether he would of been more successful. Probably so. Everything was in place to work perfectly. But when you’re depending on others, especially dolts, then the possibility for errors increases exponentially.

Now just imagine how much your gambling fortunes could change if you had the possibility to cheat the casinos and see what cards are coming next. When playing baccarat, the custom is that a player will be invited to cut the deck after each shuffle. It doesn’t affect the game-play in any way and is really just a flourish on the part of the dealer. But from this simple act there formed a group of players who actually called themselves the “cutters group”. They thought up a scheme whereby they would be able to see the next cards. Their jackpot winning strategies were achieved thanks to a tiny camera hidden in a player’s cuff link.

After playing a short while, this player would excuse himself from the game and head off to the toilets. There he would give the camera to an analyst, who would draw up a “cheat sheet” based on the camera data. The player then removed the camera, took this cheat sheet, and re-joined the game. So successful was this little venture, that the group was able to fleece the Cosmopolitan Casino in Las Vegas for over $1 million. Interestingly enough, no one was punished for this scheme. Yes, it was discovered pretty quickly, but no charges were bought.

Cheat The Casinos: The Quick Hand

Richard Marcus must have watched a lot of magicians when he was young. His interest was to focus on the “sleight of hand” magicians employ when performing their tricks. He became more and more confident that this could be used to his advantage at the casino. So, after some practice at home, he took his simple trick to the casinos to win the jackpot at the roulette wheel. Understanding human behavior, he pretended to be slightly drunk at the games table. He would place his poker chips down on the table. His modus operandi was to place a bet, with say a $5 chip. But underneath he would have hidden another chip of much greater value.

Now, if the bet was lost, he would quietly remove this “extra” chip. But if he won, then he would make a huge stink about how the casino was trying to cheat him. You can’t help but feel sorry for the dealer who was being played like a fiddle. And the thing that separates this story from the previous ones, is that Marcus was never caught out. We only know of this method today thanks to his autobiography.

Wherever there’s a casino, there are going to be people obsessing on how to cheat the system and win. We all know that the casino enjoys a healthy edge. But what if a punter could somehow have an even bigger edge? We’ll in a roundabout way some do. As we write there’s probably someone attempting a scam at a casino right now. Obviously, we only know of the ones who are caught, and those who the casino outs as cheats. But you can’t help but feel that there is any number of casino scammers out there, still having a great time.