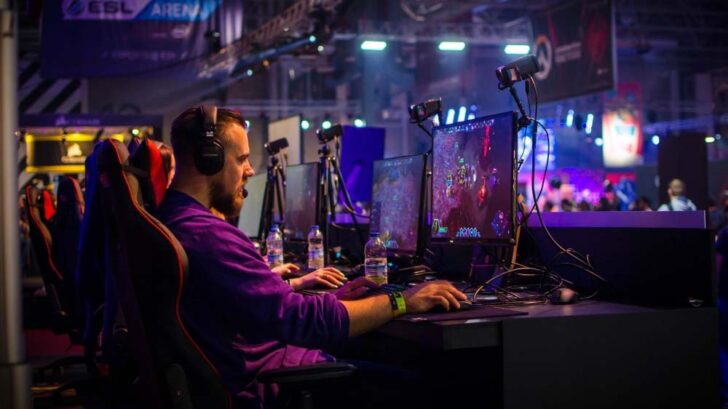 In the past few years, the popularity of esports has grown. Now, more and more betting companies and gamblers alike are opening up to the betting segment. This year, together with the esports players to watch in 2021, esports betting is among the top trends to follow.

Esports Players to Watch in 2021: Introduction

Unquestionably, esports betting has risen in popularity in recent years from its time as a niche market. Now, it is one of the fastest-growing betting segments on online sportsbooks such as 22BET Sportsbook.

What’s more, gamblers can try their hand on an array of esports games such as Dota 2 or Rainbow Six. According to the 2021 online casino trends to watch out for, esports betting is likely to further rise in popularity this year.

Overall, esports has turned into a multimillion-dollar industry and its players have definitely caught our attention. For that reason, we’ve compiled a list of the top e-sports players to watch in 2021.

This year, Counter-Strike: Global Offensive player Owen ‘oBo’ Schlatter is among the esports players to watch in 2021. At the age of 15, the American player signed with Complexity Gaming. However, it’s didn’t take too long for oBo to settle into the team.

Now at 17, he’s one of Complexity’s best players. Within this short period of time, Schlatter gained recognition as a kid prodigy of CS:GO. Without a doubt, oBo’s tournament experience is unmatchable with any player in his age range.

However, late last year, Owen Schlatter announced his departure from Complexity. Although he has yet to move to a new team, there’s already plenty of top dogs eying the young talent.

All in all, oBo’s career is just starting out and we can’t wait to see what he can offer in 2021.

Without a doubt, Anthony “Shotzzy” Cuevas-Castro is among the e-sports players to watch in 2021. So far the 19-year-old is one of the best Call of Duty players in the world. However, it wasn’t always smooth sailing for the Dallas Empire player.

In the beginning, Cuevas-Castro’s CoD career got off to a rocky start with fans unpleasantly referring to him as “Botzzy”. However, the critics only made him stronger and in 2020, he claimed the Call of Duty League MVP title.

All in all, he’s been instrumental in turning Dallas Empire into the powerhouse that it is today. In addition to his top Empire teammates, the young talent is likely to dominate the Call of Duty scene.

This time around, it’s all about Pipiras, one of the young and upcoming e-sports players to watch in 2021. At first, the young Lithuanian talent was discovered playing in the less developed Balkan & Baltic Counter Strike scene.

However, the 17-year-old has without a doubt developed into one of the most prosming CS:GO players in the world. First, this is thanks to his mentorship under legendary Counter Strike player NiKo. He then went on to develop his craft after signing with Mousesports in 2020 under the watchful eyes of Karrigan. All in all, the young talent’s sharp decision makings skills have made Mousesports one of the biggest threats in CS:GO.

Lastly, Kim “Canyon” Geon-bu completes our list of esports players to watch in 2021. At 19, Geon-bu is one of the promising talents in the League of Legends scene. Generally, Geon-bu plays as a jungler.

However, on several occasions, he’s gone above and beyond the call of duty by killing an entire enemy’s team. For instance, Geon-bu displayed such skill in LCK Summer Season 2020, one of the top tournaments in Korea for team Damwon.

Now, he plays for DWG KIA and the jungler with killer instincts undoubtedly has a lot to offer this year.

Undoubtedly, knowing the top and upcoming esports players to watch in 2021 is important for those looking to try their hand on esports betting. Furthermore, you can expand your knowledge on the betting segment with our brief guide to esports gambling.