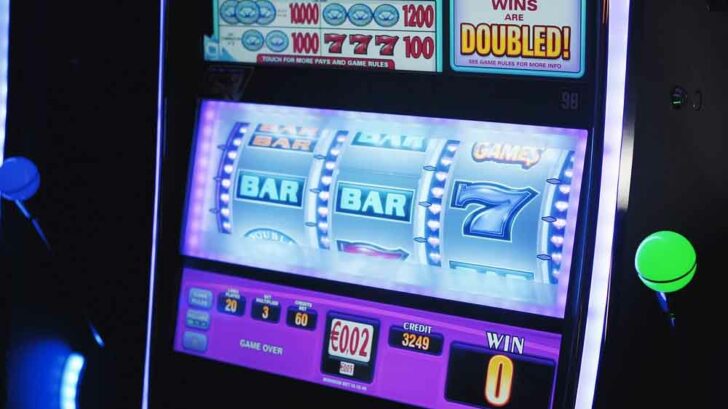 What Are InfiniReels Slots?

Now, if you’re a regular slots machine player, then you’ll already know that there are a fixed number of reels. This number of reels doesn’t change at all, it’s what we’ll call “static”. So a five reel slot will only have five reels. But we have a new type of slot coming onto the market place. With this one, the number of reels can be endless….hence the “Infini” in the games name. This will certainly spice up any game for a slots player as it will introduce another factor that can help win. As it’s a relatively new concept, lets have a deeper looking into InfiniReels slots machines.

How Do InfiniReels Work?

When you first come across the jackpot game, you might be forgiven for thinking that it’s just a regular three-reel slot. But regular it certainly isn’t! These slots add an extra reel to the right-hand side of the grid. As you proceed to win new matching symbols, then the grid will start to grow. In theory, you can stretch out your payouts to massive amounts by simply adding more reels. If you fail to get any new symbols and therefore can’t extend the number of reels in the grid, then the round comes to an end and the machine re-sets the grid back to the classic 3 x 3 setup. Then you kick off a new round. Though it’s a real bummer to see the grid reset on InfiniReels, there is a mounting excitement when you’re watching the number of reels grow.

Will You Truly Unlock Infinite Reels?

Probably not, as the name is really more about marketing than reality. Though the name may suggest unlocking endless reels, the actual number must be set somewhere. Yes, it’s possible to add a large number of reels for some big wins. But when you study the numbers more closely you’ll see that limits have been set. For example, NetEnt’s Gods of Gold slot can “only” deliver a maximum payout of 25,000 x the original stake. Though the company claims it’s possible to win larger payouts, keep in mind that this only happened during a simulation, and that was after 11.6 billion spins. So, it’s safe to say that the possibility of it happening to you, in your lifetime, is still a big fat zero!

An Example of an InfiniReels Slot

Right now there’s only one game on the marketplace featuring InfiniReels and that’s the aforementioned Gods of Gold. That’s it! This game is set around finding an Arabian cave in search of lost treasures. Whilst you’re searching you’ll come across various depictions of Arabian Gods. The betting is set between $0.01 to $10 on 20 x fixed coins. In reality, this translates to a betting range from $0.20 up to $200. The graphics are yet again more great work from NetEnt‘s studio design team. marked out for special attention are the high-paying icons of Kings, Queens, the Bull, and the Owl.

Well, it’s not rocket science. There’s no real jackpot winning strategy but to start you’ll be needing a minimum of three matching symbols which will then add another reel. Each of these reels must also contain a magic item for this to occur. You can have helped by substituting a regular icon with a wild symbol. But keep in mind that these wilds will only become available once the grid has reached 3 x 4 or bigger. As we previously mentioned, the grid starts at 3 x 3 with 27 ways. Each additional InfiniReels reel will multiply the number of winning ways by 3. Now, in theory, there’s absolutely no limit to the number of reels you could add. But looking into NetEnt’s own simulation tells us that’s just not true. Yes, you could still enjoy a great win, but at just 25,000 x the wager, it’s probably not going to be something life-altering.

The more reels you start to collect, then the more difficult it is to keep track of everything. That’s why there’s a “mini-map” within the game to provide a reference point so that you’ll know exactly where you’re at in the game. If you spin but fail to register a win, then you are often entitled to a free re-spin or so. As far as bonuses go, there are Win Spins, Free Spins, Multi-Slam, and Free Re-spins. During a re-spin, if a genie comes out to cover the last reel, then this guarantees you a payout and extended reels.

The InfiniReels Multi-Slam is a feature that adds a payout between two and three reels. It occurs during a win. You can trigger 10 x Win Spins free Spins if you happen to land on the three scatter pearl symbols that you’ll find everywhere on the reels. There are also additional pearls that’ll give you an extra 5 Win Spins. A Win Spin will guarantee you a payout.

Not too surprisingly, many people confuse InfiniReels games with Infinity Reels Slots. It’s not really surprising as not only are the names very similar, but the mechanisms are too. Now we have already spoken about the former, let’s have a look at the latter. So, on the InfiniReels games, you’ll need to get one matching symbol across all the initial three reels to win. With the Infinity Reels Slots, you’ll only need 5 x matching symbols anywhere on the grid. But this latter game does require that you have at least one matching symbol from a win in the right-hand reel before the extended grid. But you’ll still get a payout even without adding an additional reel. As to which is the best jackpot slot machines, there are two different camps.

These slots also differ in terms of the bonuses offered. InfiniReels slots will give you guaranteed payouts. But the infinity reels game only offers a bonus if you happen to win a multiplier.

Are InfiniReels Slots the Next Big Thing in Gaming?

That’s an interesting question. We feel that these games companies must conduct some sort of market research. After all, designing a game isn’t exactly cheap. But seeing as the game itself has only been out for the public to pay since early 2020, it’s still early days to comment on its popularity. If you think of another example of a new game, then think back to when Big Time Gaming introduced Megaways slots. They have since gone on to become one of the world’s most popular slots machines. We’re guessing that NetEnt have their collective fingers crossed and are hoping that the industry is ready for another change.

Conclusion: What Are InfiniReels Slots?

Though the InfiniReels concept was only introduced less than one year ago, it’s already proving popular. And to think that it’s still only available in one game, God of Gold, is even more of an incredible feat from NetEnt. Technically the game is still in its infancy. The game-play, whereby you add reels to the grid whenever you win is interesting and certainly makes the players sit up and pay greater attention.

The gameplay itself is interesting, with more reels being produced continuously at the end of the grid. This creates expectation and therefore excitement, a big factor in the enjoyment of the game itself. in this manner, it certainly beats out the more traditional five or six-reel jackpot slots machines. The game-play creates lots of volatility, which all players love, as well as offering the potential of a huge reward. We think that this new looking mechanism will attract players now and will continue to do so into the future. As to whether they’ll take over, that remains to be seen. There are as many traditional players seeking their familiar machines as there are players looking for a new experience. Only time will tell.