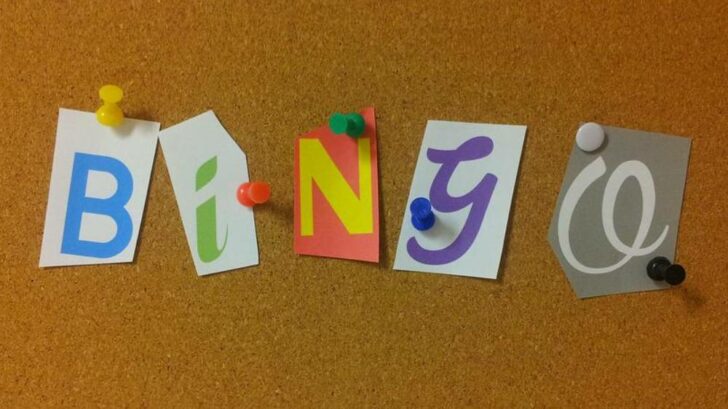 The Ultimate Strategies To Play Bingo

Though you can find the traditional game of bingo in village and town halls up and down the country, it has gradually evolved into a new type of gaming experience. Thanks to new advancements in technology along with internet accessibility, you can now play bingo at any time and from anywhere. If you play bingo in a real-life situation then you’ll know how exhilarating and exciting the game can be. After all, it’s a race to get the first five in a row on your card, whether vertically, diagonally, or horizontally.

How To Play Bingo

The rules of bingo are very simple. Every game starts with a player receiving a bingo card and a marker. A particular number goes along with each block of the master cards. Each game has a host who’s also known as a “caller.” Their job is to mix the bingo balls in the bingo cage. From there, they hold them one at a time, randomly, and call out the number. All players frantically mark the letter on their bingo cards. When you play bingo, the first player to achieve five in a row calls out “bingo.”And you can hear the audible disappointment from hundreds of old women who failed! Though bingo is a great social pastime, it’s also it’s incredibly simple to play. After all, you just need to mark some numbers on your card. And if you happen to be the first one to reach five in a row, you simply call out “bingo!”

It’s All Down To Luck

On the whole, there’s little reason to believe that the results of a game of bingo are anything other than purely random. Nevertheless, there are some tricks and strategies you can put to use to increase your jackpot winning chances when you play bingo. Today at Jackpotfinder.com we thought we take a look at the ways of winning bingo, whether you’re playing online or at a real location. We suggest some jackpot winning tips and tricks to help secure you any number of generous prizes.

Strategies To Play Bingo And Win 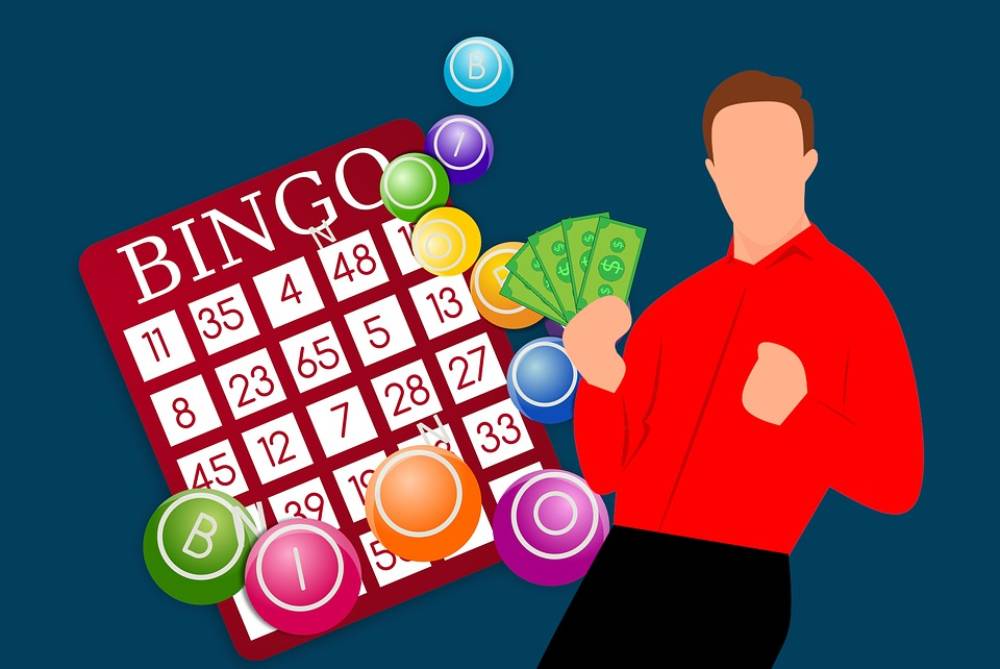 The Time Of Day Matters

One important point to consider is that, especially when you play bingo online, then the timing matters. On the whole, we suggest that you should avoid peak times such as evening time, lunch times, or weekends. It’s important to keep in mind that the number of players involved in a game makes no difference to the amount of prize money. But you don’t want to be in competition with a lot of people at the same time. That’s why we recommend you only play bingo during quieter hours. These include times such as late afternoons, nighttime, or early mornings. By doing so you’ll give yourself much better odds of winning.

Only Play Bingo With A Fixed Budget

Bingo is like many similar casino games in that it’s simply a game of chance. At some points in the game, you will definitely lose. And unfortunately, you cannot predict when this will be. Conversely, it’s impossible to say when you strike it lucky and win a game. As a given with all casino games, it’s important that you have a budget prepared before you start playing. We suggest that you write down on a piece of paper the amount that you are content to lose before you start to play bingo. It’s important that you have to willpower to stop playing once you’ve reached this dedicated amount. If you happen to have a little bit of cash left over, then you can always roll this into the bankroll for the next time you play.

Choose Your Cards To Play Bingo

When it comes to picking bingo cards, you’ll notice that some online casinos like 22Bet Casino, offer an “auto dab” feature. This would allow you to mark your cards automatically. By doing so you also increase your chances of placing a particular number. You’ll see that some players are able to concentrate on two cards simultaneously. Once again, if you’re able to achieve this without missing out on the numbers being called, then you’ll have a much better chance of taking home some winnings.

Though the game of jackpot bingo is great fun, with the possibility of receiving some cash prizes, it’s not the main reason many players choose to play bingo. If you’re at a brick-and-mortar location then they’ll be a great social scene that goes with the game. Interestingly enough, this is being translated for all online players. You’ll find that many web casinos will feature chat rooms and forums where you’re able to socialize with other players. As well as chat about other sites starting up. You’re also able to discover which sites offer what type of bonuses and incentives. Having a social aspect to the game of bingo adds a great deal to the overall enjoyment of the game. And gives you more of a reason to play, rather than just concentrating on trying to win a prize. 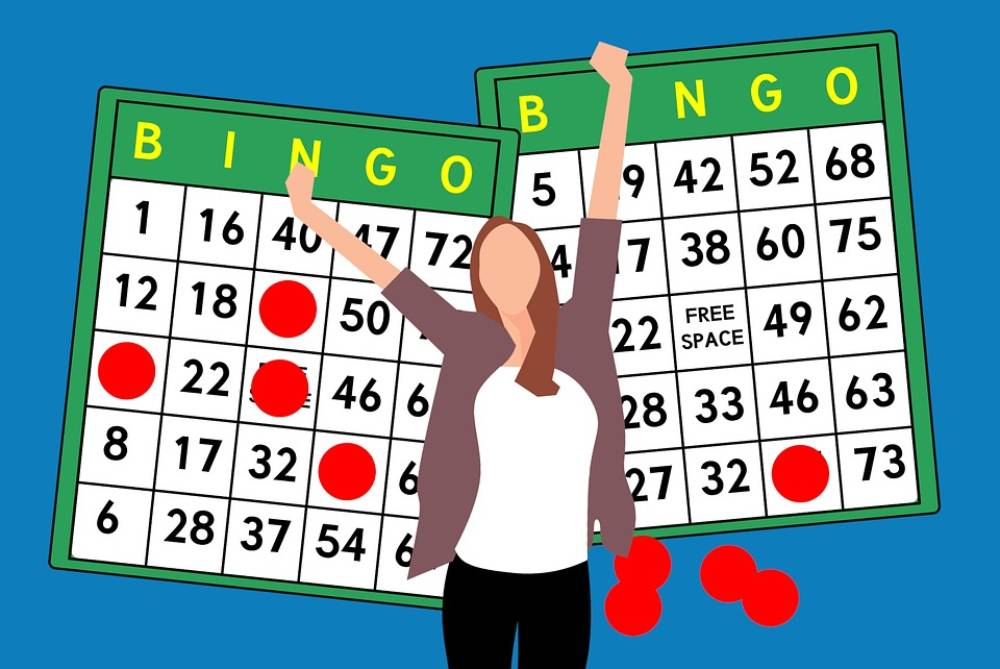 Because bingo is a game primarily based on luck, then you won’t find any particular strategies that will help you win. Nevertheless, if you have deep pockets or a massive bankroll, there are some strategies that players describe as foolproof. Though we’re not totally convinced of their effectiveness, you’ll find their descriptions below.

You can thank the American stockbroker and financial writer, Joseph Granville, for the development of the strategy named after him. Even though the numbers are technically random, he believed that it was possible to identify patterns in the bingo numbers. Essentially, he would calculate the odds of number sequences. His conclusion was that the most important part of winning any bingo game was being able to choose the right bingo card.

In the end, the ideal card should have a 50/50 split between odd and even numbers. As well as low and high numbers. There should also be as many different numbers as possible represented on the card. A good example would be a card that contains the numbers 21, 65,  74 and 36. He suggests that when you play bingo, this would be better than the card which contained 21, 31, 44, and 51.

Leonard Tippett was a London-born statistician who developed a straightforward theory for predicting bingo numbers. As a given, we know that an average game contains 75 balls. . As more balls are called out, then it’s more likely that they will be close to the median number. Which in this case is 38 (technically the median number is the one in the middle of the range, so it should be 37.5, but he rounded it up). According to his theory, the first few numbers called are more likely to be ones on either end of a number range. As more numbers are called out, then they should start to group around the middle. As we said, it’s just a theory!

For a totally different approach, we suggest that you simply buy more bingo cards. The idea here is that the more cards you own, the bigger your chance of winning. Essentially, if one number fails to appear on one card, then you can be sure it’ll appear on another. By having multiple accounts, then you’re better able to complete a pattern using multiple cards. 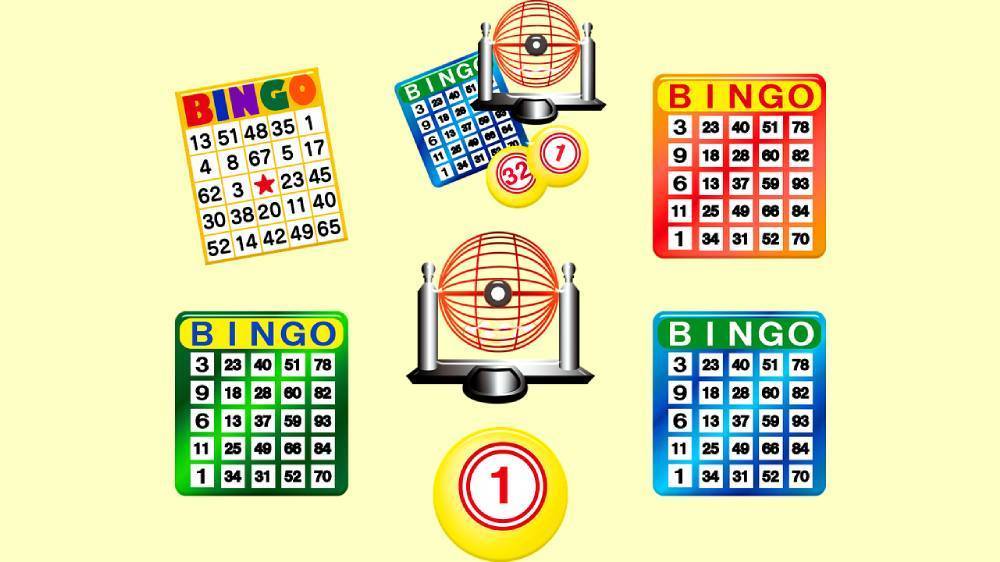 When it comes to the types of bingo games, there are four. These are 30-ball bingo, 75-ball bingo, 80-ball bingo, and the 90-ball bingo game. Probably the most popular game that’s played throughout the world, is 75-ball bingo which has a traditional history of being played in villages and town halls up and down the country.

75-ball bingo comes in various formats. On the whole, you’ll find the bingo card has a 5×5 card structure, with 25 squares. Famously, the centre square in these bingo cards is left blank, with the other 24 squares having numbers on them.

At the beginning of a 75-ball bingo game, a block of tickets is given to each player. It’s an identical ticket for all players who are competing against each other. In other words, the numbers on the card and the ordering them will be the same. In accordance with the name expressed in the game’s name, it’s played with 75 balls. Each being sequential on the bingo set. Looking in more detail at the bingo card, apart from its 5×5 matrix, there’s a headline of lettering which spells out “B-i-n-g-o” at the top of each column. This results in 25 columns all in all. As previously mentioned, the centre is a blank space. Predefined numbers fill the other 24 squares.

When it comes to the draw taking place, then a total of 75 numbers will come from the pool. With each number drawn, the player needs to find the same number on their ticket and either daub it, or cross it out. Keep in mind, that every player will receive the same number drawn and will see the same display. With each, there’s a timer attached, by which you need to find its appropriate number on your bingo card. Be sure to check out our extensive bingo guide here at Jackpotfinder.com.

We’ve found that one of the best sites to play bingo is 22Bet Casino. Not only do they have regular online bingo, but also a live dealer version of the game. So it’s just like sitting in a village hall somewhere in the UK playing with real people at each elbow. Furthermore, they give all new players a tasty welcome bonus of 100% up to 300 Euro!