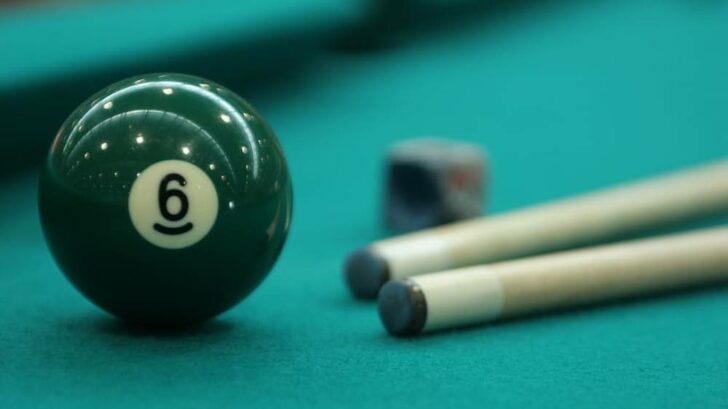 Snooker games have a long history. Today it’s considered one of the most prestigious sports in the UK. But if you’re new to the game, then it’s easy to become confused with both the rules and the system used for scoring. That’s why we thought we’d take a look at some of the basics of snooker. After all, only by understanding the rules, strategies, and gameplay, will you be able to bet with confidence on snooker games. After all, there’s no point in betting at a site like 22Bet Sportsbook without the proper knowledge.

Once you get the hang of how the game functions, then you’ll see it’s an amazing sport. Not only that, but some of the top players around the world are interesting and striking characters in themselves. With huge prizes up for grabs, it could almost be considered one of the most lucrative jackpot games.

Television Put Snooker On The Map

In the 1980s, snooker games became more mainstream in the UK thanks to the introduction of televised competitions. Almost overnight, all the top snooker players became instant media stars. Today the game is popular all around the world. But that has been a massive resurgence in both China and the Far East. So though the United Kingdom is considered the home of snooker, you’ll find competitions taking place all over the world.

So without further ado, let’s just take you through the rules and the most popular betting markets available when it comes to having a punt on snooker.

The Basic Rules Of Snooker

The idea of snooker games is to pot balls into pockets situated around a snooker table. It’s a two-player sport and the players strike the white ball, which is known as the “cue ball” with their cues. The table has a flat green baize surface with pockets at each corner of the oblong table. There are two additional pockets in the middle of the longest sides. Each snooker ball carries a numerical value. A single round is called a “frame” and a snooker match will consist of a set number of frames.

This total is dependent on the type of tournaments being played. You may find a competition with as with this little as five frames being played. But a prestigious competition such as the World Snooker Championships will have a final that consists of the best of 35 frames.

Each player takes their turn to take a shot with the cue. If they happen to port a ball, then they get to go again. If they miss, then their opponent takes their place at the table. The numerical values of a sneaker balls are as follows: 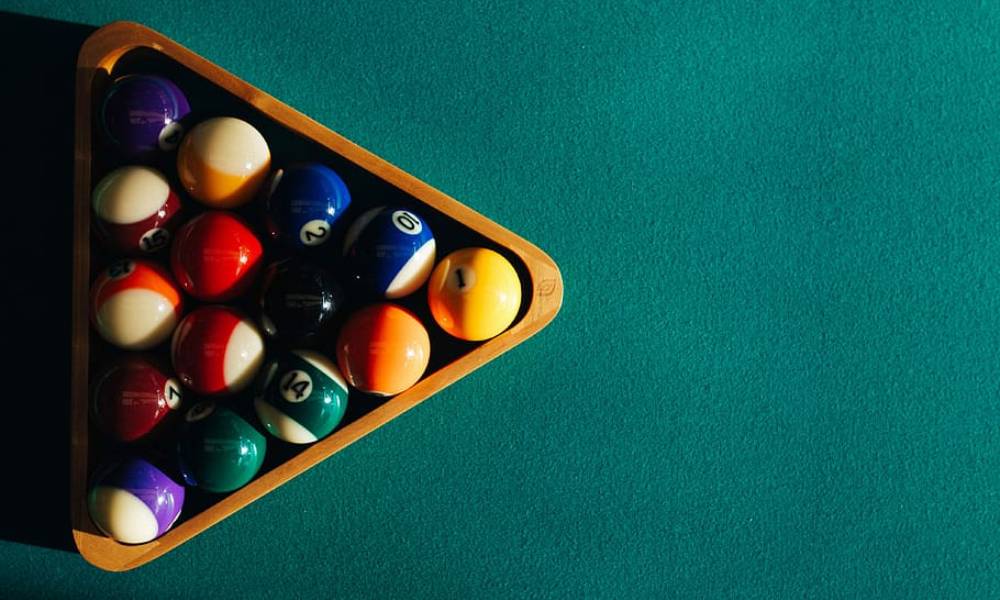 At the start of all snooker games, you’ll find 15 red balls. As for the coloured, balls, there is just a single ball of each. Before a player can put any colour in a pocket, he must first pocket a red. If that’s successful, then with each subsequent colour, they get to put in another red again. This alternates until the player either misses a pot or wins. As previously mentioned, if they miss then it’s the turn of their opponent to start on red again.

What Are Breaks In Snooker Games?

When a player is able to consistently put in reds and colours alternatively, over a period of time, then this is known as a “break.” It leads to a mounting score. An example would be a break of 26. This could be the result of potting red – black – red – blue – red – yellow. It’s possible to wager on a player achieving a “century break.” This is when their winning streak goes above 100 points.

You can nearly bet on everything at the 22BET Sportsbook

If a player finds himself in a position where he is unable to pocket a ball himself, he may consider making life difficult for his opponent. One way of doing this is to “snooker” them. Because every player must start with a red ball, it’s possible to “hide” the cue ball or position it behind the coloured ball. Thereby making a direct shot at a red ball impossible. This forces the opponent to navigate their way around the table in order to hit a red. If snookered, then the only recourse is to take a shot at the sidewall of the table in the hope of hitting a red ball with the ricochet.

Keep in mind that if the player misses a red and hits a colour, that’s a foul. It means that their opponent will earn four points or even more if the ball hits a blue, pink, or black. If in trying to hit a hidden red, the player forces the cue ball into a pocket, then that is also a foul. In doing so, their opponent will earn four points, as well as a place at the table. Essentially, snookering your opponent is a surefire means of how to win the jackpot. 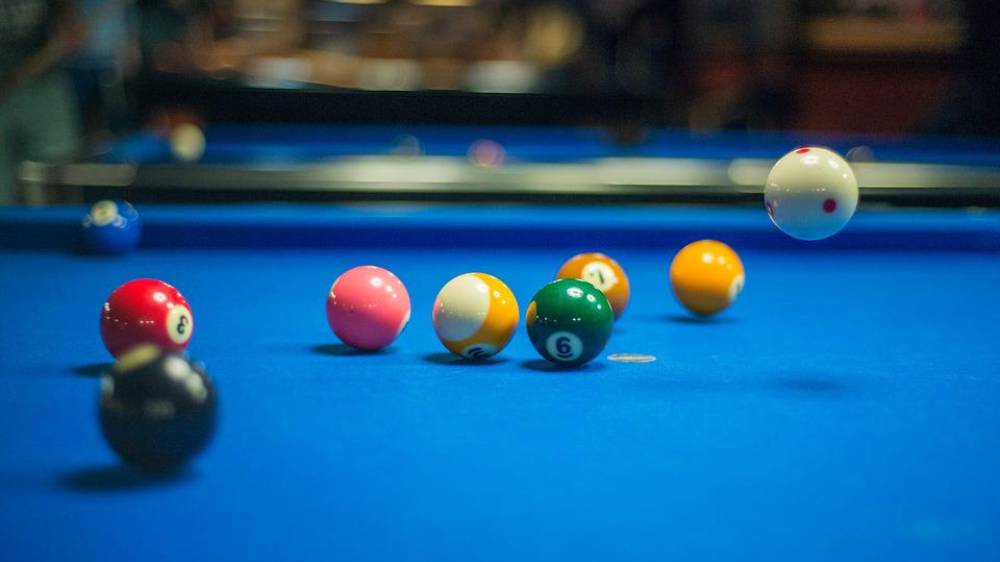 If you’re interested in snooker games and follow any of the players, then betting on them adds an element of fun to the whole exercise. First off, we have the match bet. This is the most popular type of snooker wager you can make. You’re simply betting on which player you think will win the match. As opposed to football, there are no draws in snooker. If it so happens that two players are equal when the last black ball goes into the pocket, they face off again over a single last black.

When there’s is a clear favourite to win, then as many sportsbooks will offer handicap betting. A good example would be if David Gilbert was playing Mark Fu. The former would be the heavy favourite twin. But if you happen to bet on David Gilbert to win, then you would start with a minus 3.5 frame disadvantage. Now, you can only win your bet if Gilbert wins by four frames or more. Another popular snooker bet is the over-under bet. This is when you think that the outcome of the match may be close. An example would be if the match is the best of an 11 frames contest. Then you could bet that they might only play 8.5 frames. This means that you would win your wager if the match came to an end before a 9th frame was necessary.

Snooker Is Unforgiving Of Mistakes 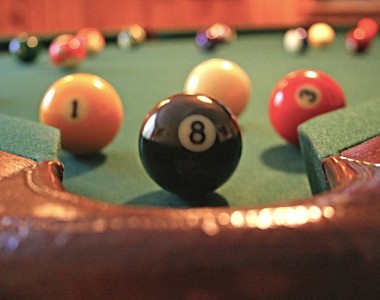 You’ll find that there is no shortage of great snooker players who are worth betting on. Particularly when it comes to the large competitions with huge prizes for the winner. On the whole, because snooker games are such a personal sport, relying on personal skills, the expectation is that the favourite will win. If you compare the game to tennis, you’ll see that snooker is much more of a mental game. One that requires much less in the way of skill, utility, or strength. A single mistake in snooker can cost the player, not just a frame, but even the match. And this could all happen without their opponent doing anything.

You tend to find that the top players are almost robotic in their actions. They make very very few mistakes. This means that the possibility of an upset with, for example, an underdog beating a top snooker star, is very limited indeed.

And that’s the reason why many snooker games tend to boost their odds by using combination betting. If you take a look at the first round of the Snooker Masters, you’ll see a list of favourites facing non-ranked players. Obviously, the odds of the newbies winning are going to be very unattractive. But by using a snooker combination bet you’re able to lump all your favourites together. And thus increase your jackpot winning chances. In other words, if you believe that the top four players will win all their matches, you can boost your odds to better than evens. Of course, you’ll need all four players to be successful in order to win the wager. But that’s the only way you’re going to be able to chase bigger odds. And subsequently, bigger payouts.

If you head over to 22Bet Sportsbook, you’ll find out everything about snooker betting including rules, and the current odds for a huge number of snooker competitions happening around the world. Being able to wager from the comfort of your own home on your mobile phone, is a great way to win the jackpot online.