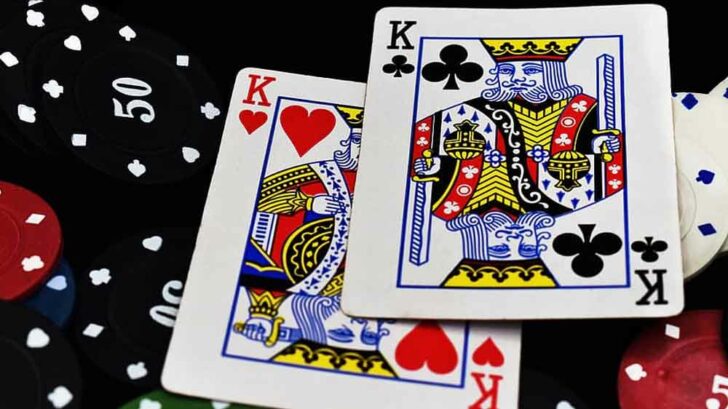 So you want to try ratholing in poker? As you well know, in poker there is any number of strategies you can use to get an advantage over your opponent. But there are also some techniques which are considered underhand and border-line cheating. A good example would be what’s called “bum hunting” whereby you prowl the casino games rooms looking for players of lesser ability. Of course, it’s not illegal to do so, just that it’s frowned upon by serious players. You might be surprised as to how important ethical play is to many players.

Ratholing (also known as “Going South” or “Short Stacking”) is another rather low tactic used to get the upper hand during gameplay. Though it’s not as well known as bum hunting, it’s still a viable means to get ahead in a game.

What Is Ratholing in Poker?

Ratholing is simply removing chips off the table during a poker cash game. For example;

There are a number of different ways of pulling off ratholing. In the above scenario, you taking money from the table and carrying on playing. A different method is leaving the table and then returning later to buy back in with a smaller amount. For example;

It’s the same story in each of these examples. The only difference being that in one you actually got up and left the gaming table before returning later.

If you’re playing online jackpot poker, then ratholing is not possible. The rules are that you have to buy in for the same amount you left with. When playing in a live casino environment, you’ll find the practice also banned. Yes, you can get away with ratholing by simply slipping some chips into your pocket unnoticed. In fact, there’s a good chance that you can remain at the same table and continue playing. It all depends on whether the dealer or the other players notice.

Why Is Poker Ratholing Often Banned?

OK…but they’re your chips, you say. Surely you can do what you want with them? What’s the big deal here? Well, from a truly technical point of view, yes, you can get up, pocket your chips and leave at any time. But if, for example, you’re playing in a tournament, then it makes sense that ratholing is disallowed. After all, before the in-call, opponents really need to know what they’re up against and what it’ll take to knock you out. With a live game at the bricks and mortar casino, things are a little more ambiguous. But you’ll still find ratholing is banned there as well. And for good reason.

You see, the main problem with ratholing is that you’re removing money from the table. Players will get angry if the possibility of winning back their losses walks away from the gaming table. It’s certainly not one of the best jackpot winning strategies.  Another example for you;

An opponent wins $50 off you.
They pocket the $50, thus, removing money from the table.
You and other players have no chance of winning that extra $50.

In an ideal world, you should be able to pick up your chips and say adios at any point in the game. But in the real world, such a move is seen as a dick move, an unethical play that both disparages the other players and hurts the poker room to boot. The point of the ban is to protect other players from any practices that might also hurt the business or piss off the customers. Which, in a way, amounts to the same thing.

Can Ratholing Help You Win in Poker?

Because ratholing is so looked down on by both poker players and card rooms, you’d need a super thick skin to attempt to play with it. Like rhinoceros hide thick!. But, having said that, there’s always going to be someone who’ll try it on for size. In truth, the benefits are nothing to write home about. And ratholing really only works on an individual level. Just like bluffing in poker. In other words, what might work for you, might not work for someone sitting beside you at the poker table. Naturally, you can probably see that the major advantage is that ratholing will reduce your potential losses.

If you are afraid to risk large sums, then we can certainly see the attraction of this type of play. Also if you’re not the world’s best flop player, then you’ll have less to worry about. You don’t care so much about on the flop, the turn, and the river, because you’re probably all-in for most of the game. If you want to create some drama to throw your opponents and get them to make mistakes, then ratholing is a sure-fire means of causing some serious tilt for your opponents. Again, you’ll quickly become the most unpopular person at the table…but hell, if it works for you, then go ahead and knock yourself out.

Why Do Poker Players Hate Ratholers?

Though it’s not necessarily true, there are many players who believe that ratholing will give an opponent a huge advantage. This is probably the major reason the practice and those who practice it are so hated. On a more human level, it’s despicable because it boils down to terrible poker etiquette. The point is that everyone wants to have a fair shot at winning back any monies previously lost during the game. Ratholing robs them of that possibility as well as taking money out of circulation. Another point is that if you’re the type to rathole, then you’re really just a bad player.

Only someone without any poker skills would resort to such underhand behavior. A good player should defend his stack of chips as opposed to pocketing them on the sly. You will not find a single poker room from Las Vegas to Monaco where players don’t spit on ratholes. There’s a reason it has the word “rat” in it!

But imagine for just a minute, that ratholing was allowed. How would that work? Here’s an example;

Every player who wins a big pot takes that money off the table.
Those who’ve banked their winnings then leave for the night.
Soon, the poker room has little money circulating around.
All remaining players are forced to quit early because no more chips are available.

Up till this point, we’ve spoken about the downsides of ratholing. So, you might ask, are there any upsides? Well, yes there are. Though their advantages might vary between players of different skills.

As you well now, variance in poker can affect you at any point during the game. When the variance turns against you, you can watch your bankroll shrinking at an alarming rate. if you think of ratholing as a form of “short stacking”, then it can certainly help in reducing your losses. So from a technical point of view, it could be said that ratholing actually reduces the overall amount of variance you’ll experience. To put is at it’s most basic, you can’t lose much if you’re playing with $25 at a $100 buy-in table.

Some players are great pre-flop players and absolutely useless when playing post-flop. Here ratholing is going to be your friend in that you’re paying with a smaller stack. Just keep quietly pulling enough chips off the table to ensure you have less than the maximum buy-in. In other words, the lower your stack of chips, then the less you need to worry about the post-flop play. Here’s an example:

The table’s maximum buy-in is $100.
You rathole the point where you have $30.
Nobody can ever force you to call for more than $30 post-flop.

Yeah, it’s kinda cheeky. And lame. As you can see, the amount you might lose decreases significantly. You can also use ratholing until your post-flop gameplay starts to improve.

Throw Opponents off Their Game

If your real careful, you can get away with short stacking for a while. But eventually, players are going to start to notice. They may well start to grumble. Eventually, a player will lose their cool and go full tilt. This will result in them making bad plays, which, of course, is also to your advantage.

Fairly Easy to Get Away Within Live Poker

Nearly all, if not all online poker rooms forbid ratholing. You simply can’t do it as the software has a kinda “anti-ratholing” bias built-in. You have to buy in with the amount you cashed out with. But with real live poker, in a casino, for example, you could get away with it, at least for a while. Probably the easiest method is to quietly slide the chips towards yourself and let them drop into your lap. You can then pocket them from this point. Without being a total dick, you could of course play within the ratholing rules ie the same as poker rules. Here’s an example of how this can work:

You leave the table with $400 worth of chips and want to pocket $300 of it.
A live or online poker room forces you to sit out at least an hour before doing this.
You wait exactly 60 minutes. You buy-in for $100.
When other players complain, just make up an excuse. Say that your significant other wanted to talk or that you had to get something to eat. If that fails, you can simply point to the fact that you’re within the house’s rules. As we said, you’ll need a very thick skin.

Though this strategy is highly unpopular with both players and poker rooms, and it not really going to show you how to win the jackpot, there are some more notable downsides you should keep in mind.

If you can’t do it, then there’s not much to say. Even the best site to play poker will ban you. Ratholing removes money from the table, so what do you really expect? It also pisses off other players. No casino worth its salt is going to take a chance on losing customers thanks to your snide play.

Many Players Hate Those Who Rathole

Hate might be an understatement! As to why you would rathole and then have the nerve to sit with those who most certainly hate you beats us. A great deal of poker etiquette is unwritten, you just do the right thing. But ratholing is the preserve of cowards and cheats.

Prevents You From Maximizing

Maybe you are a sociopath and don’t care what other players might think of you. But you probably care about your own winnings. Ratholing is a bad strategy from the point of view of maximizing your great hands. Because you have a smaller stack, it means that you can’t bet big if the cards roll that way.

If looked upon as a form of short stacking, then ratholing can help. You can minimize variance and reduce those difficult post-flop decisions. But as a poker player, you shouldn’t be relying on what is essentially an underhand gimmick. We suggest that you look to improve your game with real poker strategies so that such unethical plays are not needed.