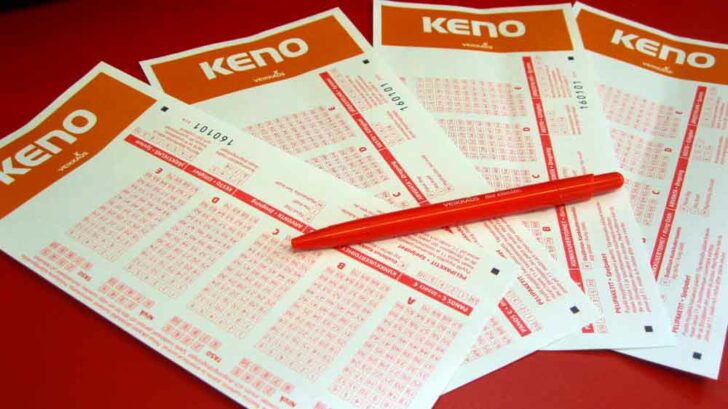 Expertise in any game is based on a mastery of the rules and strategies used in that game. Like most casino gambling games, the design of keno is to make money for the house. Players win their prizes from the pool of wagers they make. But with Keno, expertise is not going to help you to win. Only making the best possible choices coupled with buckets of luck.

The thing is that even the best poker player can’t beat a bad deal. And when you consider the game of poker, at least there are advantages for the knowledgeable player. But Keno is by design, an unfair game. If there was any strategy involved, then yes, you could adapt that to help you come out on top. You can use it to help you compensate for the disadvantages built into any game. But not with Keno. In fact, all the smart money will tell you not to ever bet on Keno. Yeah, we get it. But suppose you had to play Keno. What should you do, if anything, to help you win? Well, there are some means of betting on Keno which just might swing things your way. Let’s have a dive…

Keno is essentially just a low rent form of every other lottery going. With a lottery game like Mega-Millions or Powerball, then the prizes are pretty astronomical. Each one represents the best lottery to play. You could in fact win over $100 million. but you’ll never come close to that number playing Keno. The largest recorded prize was paid out in Australia in 2018 and was a paltry $9 million. So if you’re going to play Keno games, then you have to accept that the prize money is going to be much less. Also, you should consider that the odds of winning in Keno are a lot less than with a normal lottery.

Another point worth mentioning is that there are multiple types of Keno. And each one of these separate games has its own rules and odds as well as prizes. Though on the surface many of these different games may appear to be similar, the “strategy” one needs to play one of them, may not function with another. A comparison could be sailing different types of sailing boats, from a single-masted dingy to a three-mast schooner. Same principle, but very differently handling craft.

So…in Keno, there are three types of game:

Now the odds of winning differ considerably from game to game. Also keep in mind that video machines can be programmed differently from each other, just to make things even more interesting. Another factor is that Keno machines are distributed by different companies. To this end, all the pay tables might be different, along with random number algorithms. Then there’s the fact that many Keno machines want players to play “Pick 7” or “Pick 8” games. we this you can’t win the jackpot, just smaller prizes. The best odds fall somewhere in the mid-range picks.

Though the prizes will be considerably smaller, your best bang for your buck is going to be by playing Pick 4, Pick 5 or Pick 6. But whichever one you choose, please do make sure that you read the paytable before you start to gamble. Take a good look at the odds for that particular game before you decide how many numbers you want to wager on. Though your good friends might play Keno at a different location, their picks are not going to be much help for you, as for sure that eggs are eggs, they’ll be playing on a slightly different platform.

Essentially, you’re going to be wagering on a random number draw, and with each draw starts a new game process. In this way, the odds of winning do not change one bit no matter how many times you play. The big difference between Keno and your regular lottery is that in Keno, a number can only be drawn once. So if a “3” is drawn in a Keno game, then it’ll only appear that one time. If you were to compare a Pick 4 game in Keno with a typical 4 ball live lottery, then you’ll see that the live lottery uses the same number of balls each time. This means that a daily draw can sometimes produce the same outcome or duplicate results.

Keno doesn’t allow duplicate numbers. So, where a regular lottery player might pick 4-4-4-4, that can’t happen in Keno. And since you can’t pick duplicate numbers with Keno, then your chances of getting the correct numbers are much less than with an ordinary lottery. Therefore it stands to reason that you’re going to hit a lower percentage of games. one advantage that keno has over the more traditional lotteries is that you can play whenever you want. As opposed to waiting for the evening draw twice a week.

One point about Keno, in order to compensate for such rubbish odds, you’ll need to budget for as many games as possible. You have to make up with volume what you miss in possibilities.

Learn all the lotto strategies at one place

Play Multiple Cards in Each Game

We suggest that you only play with minimum bets. It really doesn’t matter how many cards you pick, but you should make a point of playing several cards for each game. This is known as “pattern betting” as you’re going to be spreading your picks across any number of cards in patterns or “spreads”. It goes without saying, that wagering on spreads lets you cover many more numbers. But remember that you can’t combine the numbers from multiple cards. But the general idea speaks for itself in that you’re more likely to hit a winning combination with multiple cards.

If you play a traditional lottery like Powerball, then you choose your favorite numbers and purchase your ticket. The price is $2. Then you can add $5 to maximize your non-jackpot winning prize by up to 10 times. But with Keno, you simply wager a multiple of the basic bet. in both games you can increase the spread of chosen numbers by making extra minimum bets on each card or ticket. It’s less expensive to bet just 41 on a Keno card. There are Keno games which offer a “bonus” that’ll cost you a little extra. In the basic Keno, there’s just one bet per card.

So, if you have a set of cards covering many different spreads, then you would increase your jackpot winning chances. Or so the theory goes. We think that this is the most economic means of playing Keno.

The main appeal of Keno is that its dead simple to get started with. That’s probably why it’s seen as an old people’s game. Once you’ve been playing for a while, you’ll find a paying style that suits both yourself and your bankroll. We recommend that you try and experiment with different picks and patterns. Of course, there’s no way of knowing if you’ll win anything at all, but you should find some picks that can increase the possibility of a win. And finally, a lot comes down to where you’re playing and how often. You can find out more about Keno systems here.