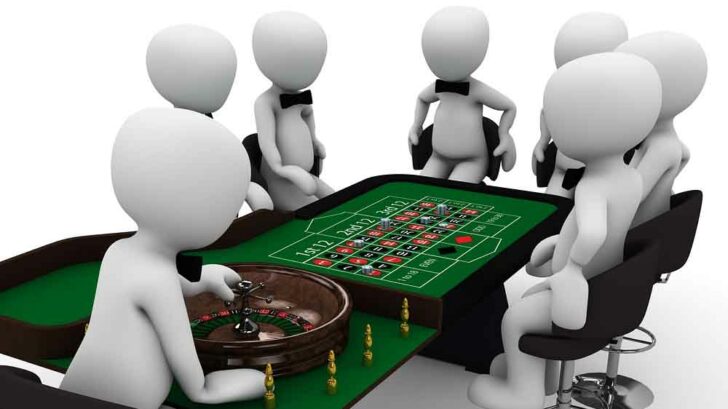 Introduction: Can You Be A Roulette Professional?

Everyone’s in the casinos to win the jackpot, and everyone loves the table game of roulette. It’s super simple to master the rules, easy to play, and watching the spinning wheel whilst waiting for the ball to drop creates a delicious expectation. There are some basic pitfalls to be wary of. Being based pretty much solely on luck, it’s not a game that’s going to attract advantage players. So, could you make a living from being a roulette professional? Let’s have a look…

How Can Roulette Be Beaten?

We are afraid that roulette offers zero ways to beat the system. OK…there is maybe an advantage play if you find an unbalanced wheel, but good luck with that! This will certainly increase your jackpot winning chances. These are called “biased wheels” in the industry. Here’s how you might find one: Wheel bias refers to when the wheel starts getting more worn in one part over the other parts. This will cause certain pockets to become more favorable to the ball falling into them. Another way that wheel bias is caused is when the frets between the numbers start to break down. With fewer barriers, the ball is more likely to come to rest here. Finally, the central spinning shaft that supports the wheel can get out of shape with wear or become loose. This will cause the wheel to lean slightly.

A Roulette Professional: Record Your Spins

Unless the wheel is super wonky, then you’ll never spot it with the naked eye. Or rather the croupier would have spotted it well before any customers. That means the only way to see if the wheel has a bias towards certain numbers, is to record each and every result after each and every spin. And that is certainly going to be painstaking work. To find a bias you’ll need to record literally thousands of spins, as that’s the minimum amount of data you’ll need to make a determination. If you looking for sectional bias, ie the ball falling onto, say 5 or 6 pockets side by side, then you can probably get the results faster. In maybe 500 or 600 spins.

Essentially, if you’re looking for pocket bias, we think you’ll be needing around 5,000 results minimum. Pocket bias is when the ball favors just one pocket. Of course, pocket bias is going to be more profitable.

Take Advantage of a Defective Wheel

It’s not exactly rocket science. Once you’ve figured out that a wheel has a bias, then you’ll just keep betting on those numbers. If you’re certain of your discovery, then you can splurge your whole bankroll each time. If it’s a sectional bias, spread out over several numbers, then one of the best jackpot winning strategies is only bet according to what you’re comfortable doing. You could easily hit a losing streak and see your bankroll rapidly go to zero. So in this scenario, make sure that you ration your bets in order to save some bankroll.

Spotting and recording wheel results are going to look more than a little suspect in the casino. Though there are no rules for standing around and watching a game in progress, you might begin to resemble some sort of weirdo or stalker if you’re there for hours on end. Eventually, someone from the casino is going to approach you and ask what you’re doing. It’s not easy to think of a logical answer when you’ve been stood there for so long, with a notepad and pencil in hand.

In the mid-1980s many British casinos started to notice that they were losing considerable amounts at the roulette tables. In order to put a stop to this, they approached the games equipment manufacturer, John Huxley, and commissioned him to make the game more difficult for the punters. And so, a little while later, he introduced the Starburst Wheel. This featured smaller and shallower pockets as well as metal frets separating the pockets. Just these two changes made sure that the wheel was more stable and wouldn’t favor certain numbers. The company that John Huxley formed all those years ago, is still around today and doing great business. Unfortunately, that’s not going to be welcome news to gamblers who are looking for means of gaming the system. Over the years, the Starburst wheel has been updated and improved

No Other Legal Ways to Beat Roulette

Today, nearly all casinos feature the Starburst Wheel. So that makes finding wheel bias a waste of time. You could go searching the backwaters for the old type of wooden wheels, but there are getting harder and harder to find. Plus the fact that the people looking for them tend to be like you in that they’re looking to get an unfair advantage. As this method is now pretty much passe, there’s still another. And that’s using a Roulette Computer.

A Roulette Professional: The Roulette Computer

A roulette computer tries to work out the final resting place of the ball using the balls initial velocity as it enters the wheel. They are not 100% accurate, but enough so that every casino has banned them. They will help you narrow down your options, and if you could use them freely in a casino environment, then for sure you’d be leaving at the end of the night with a nice payout. But the problem here is that they are absolutely banned in all casinos. By using one, technically, you’re cheating the casino. And they don’t mess around. You’ll be arrested, face a massive fine and then there’s the additional chance of up to 3 years in the slammer.

What Kind of Gambling Profits Are Possible?

Well, as you can see, the prospects of striking it rich with roulette are pretty much nonexistent. Even if you do manage to count spins, the fact that virtually all casinos now have the Starburst wheels makes that strategy redundant. having said that, there have been players who have conquered the game. One such punter was Gonzalo Garcia Pelayo. Whilst playing in the Casino Gran Madrid, he discovered a faulty wheel. He then went to the casino management to report it. No, he didn’t! What he did was to recruit his whole extended family to come to play at this table. Eventually, the casino caught on and he was banned.

But then they started to do the rounds of other European casinos, and they were able to hit it off big in those locations before the ban hammer came down. All in all, it’s thought that the family was able to score upwards of 1.5 million Euros. But the exact figure remains unknown. So, if you were ever lucky enough to find a wheel with bias, this working example shows that, if you play discreetly, then 0.5 million Euros should be possible before the casino tags on.

Conclusion: Can You Be A Roulette Professional?

In truth, we’ve never heard of any gambler making a living from roulette. Because the game centers around luck, with virtually no advantage play possible, we don’t think that there are any roulette professionals anywhere. The only way in the past to get one over the casino whilst playing roulette was making use of wheel bias. But those days are firmly in the past. We think that Palayo was the last of a dying breed. Now the wheels are much sturdier and more bulletproof.

Maybe if you search high and low, to some really far-flung places in the world, you might still come across an old-style wooden wheel. If not, then you’re simply going to have to go with some luck. Remember that a French wheel has a house edge of 1.35% and a US wheel, 2.70%.