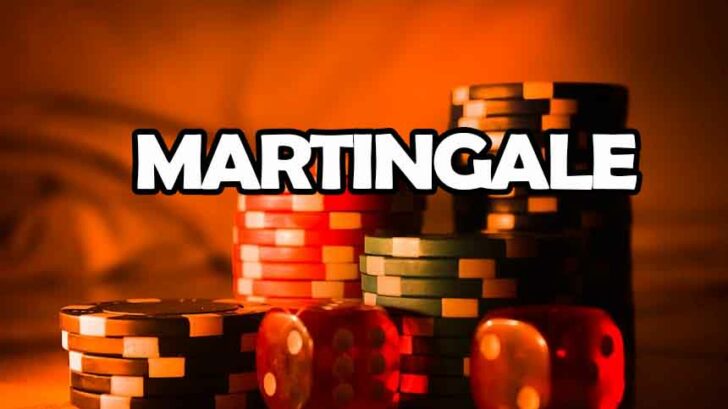 Though he’s generally recognized as one of the all-time greats when it comes to gambling, the truth is that he wasn’t a gambler. What this Englishmen was though, was a trickster or con artist, who convinced people to invest in his fake inventions. He was full of ideas and was a great salesman. So he found no problem is securing investment for products yet to be made. He managed to convince people into giving him over £4,000 (£130,000 in today’s money). Strangely it was for a musical jump rope.

Bugger the jump rope, lets’ go to Monte Carlo. As soon as Wells arrived he set about playing the Martingale system. And experienced pretty much instant success. He went from con man to professional gambler within a day. The chips were stacking up in front of him as he sat at the games table. All in all, he broke the bank over 12 times. Essentially that means that he won every chip on the table, thus shutting it down. From his first trip to the casino, he walked away with a staggering 1 million Francs (£4 million or $5.2 million).

After returning to England for a short period, he simply couldn’t resist the urge to return. So once again sitting in the casino in Monte Carlo, he proceeded to win all the chips. Once again he managed to break the bank a number of times. Of course, by now he was becoming a major celebrity. Everyone wanted to know his secret. Always the con artist to the core, he claimed that he had formulated a secret strategy. But in reality, he was just sticking with the Martingale system.

But the fates had a different result in store for him when he decided to try the casino again. In spite of vast riches, he insisted on defrauding some folks before he went off to Monaco. He even purchased a yacht with these stolen funds. It wasn’t to prove third time lucky for our anti-hero. He ended up losing everything to the casino. On his subsequent return to Blighty, he was arrested at the docks and spent his final years in prison.

He’s a famous American artist. You can see his work on the album covers of such bands as Linking Park, Jay-Z and he even has a portrait of Barack Obama hanging in the White House. But he’s probably most famous for the work he did for Facebook. When they were but a fledgling company, they commissioned him to paint a mural outside there offices. He had little faith in the company amounting to anything. As he liked Mark Zuckerberg on a personal level, he offered to do the work for company stock as he felt sorry for them to be taking money. When the company finally went for it’s IPO launch, he discovered that those “worthless” shares were now worth north of $200 million!

How Did Choe Win with the Martingale?

As a busy professional artist with a gigantic sum of cash in the bank, it’s not as if Choe was hard up. But he liked to gamble and in so doing had another successful career. His game of choice was blackjack and he did a couple of interesting things. First off he used the Martingale system exclusively. Secondly, he set stop loss limits. For the latter, he actually bought friends to the casino with the explicit instructions that they were to stop him when he reached those predefined limits.

During an interview with Howard Stern, he spoke of how he turned $500 into $1 million over the course of one year, and by only using the Martingale system, coupled with those strict stop-loss rules. Later, on the Joe Rogan Experience Podcast, he elaborated on his gambling days. He was such a high roller, that the whole of Vegas was in competition for his gameplay. It’s as if the whole city rolled out the red carpet for him.

“The height of my Vegas experience was staying at the penthouse in every single casino — like all the high-roller casinos — a harem of whores in each one,” he told Las Vegas Review-Journal. “I would be going to Vegas all the time with 100 grand. A million dollars in, like, a pillowcase in my backpack.” He tells that one casino even sent out a private jet to his home in Burbank, California. He describes how he and a friend rode on this “giant, empty plane” to Las Vegas. In some casinos, he was invited to take secret elevators, to secret floors, where piles of illegal drugs and whores awaited him.

He said that he never cared for the drugs, but was very happy with all the women. But it all came to an end when, after partying and gambling hard for five days straight caused him to have an angina attack (a form of heart attack). He was just 35 years old. He ended up collapsing in a penthouse floor and $20,000 of chips fell out from his pockets. Waking up in the hospital, his first thought was to return to the casino games tables. But his friends convinced him that his high roller days were over. To that end, he never went back to Las Vegas.

This is the guy who actually either invented or took credit for the idea of the Martingale system. He was a casino owner in London during the eightieth century. In fact, unlike other owners, he was very much hands-on and like to mingle with both staff and players alike. In so doing, he would often give out helpful advice to the gamblers around him. The idea of doubling bets in order to cover losses was one such gem.

He didn’t win anything with the Martingale system itself. He simply made the casino money by constantly encouraging players to chase their losses with the Martingale. His strategy was quite risky, but he knew that providing the player continues playing, they will eventually lose. He knew that the house always comes out on top. And he was right. His casino was very successful. And funnily enough, the Martingale kept most gamblers happy as they could experience smaller wins at the beginning of a gamble session.

Should You Use the Martingale to Win Big Too?

Yes, in theory, this is a fail-safe system. And that’s why it’s still in use after 200 years. Just to think, you could lose 2 or 10 times in a row. But provided you keep going, you’ll eventually see your money back. It should work under perfect conditions. But unfortunately, such conditions don’t exist in the real world, either in the land-based casinos or on the online jackpot sites.

First things first, you’ll need to find a table without table limits. If not, then you could hit table limits during a losing streak. And imagine how frustrating it’ll be not to be able to double your bet. For the Martingale system to work, you’ll also need an infinite bankroll. Essentially you’re betting against going on a prolonged losing streak. But this can occur at any time. And the longer you play, the more the chances of coming into contact with a negative streak increase.

Seasoned gamblers know that the Martingale system is a big no-no. And it’ rare to see anyone actually playing it today. Just keep in mind that it took Choe over a year to earn his first $1 million. And that’s with a huge bankroll.