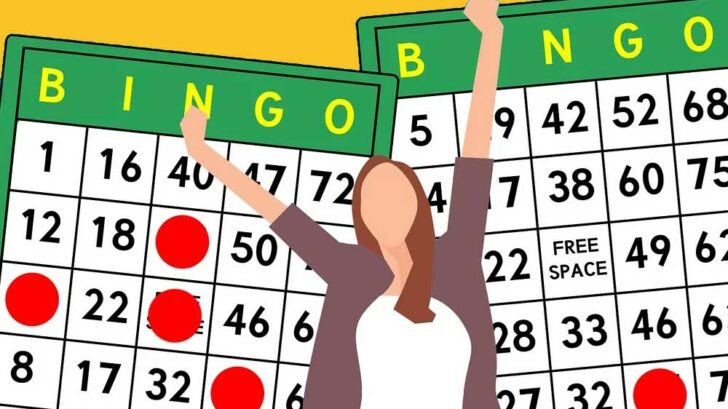 Without a doubt, bingo is one of the most fun games to try your hand at. Fortunately, there are different types of bingo games to play and keep players entertained.

Bingo is one of the most popular and exciting games of chance and not just for seniors living in retirement homes. According to our bingo guide, the game of chance is relatively easy to learn and play.

What’s more, players stand a chance to win big on bingo, and this bingo winner can definitely back this up. However, if you’re looking to step up your bingo game, there a plenty of other variations of the game to play.

For that reason, we’ve put together the types of bingo games players can play on the best sites to play bingo.

First, 30 ball is one of the types of bingo games to play in bingo halls and on online jackpot sites. The game also goes by the name of speed bingo, so players in for one heck of a ride. Traditionally, a game of bingo has 75 balls.

However, this particular bingo variation as the name suggests uses 30 balls and 3×3 bingo cards. Furthermore, players play the game at a quick pace ideal which is ideal if you less time on their hands.

What’s more, the game will definitely get your heart racing as there’s only one grand prize for the full-house winner.

Another of the different types of bingo games to play is 75 ball bingo which is very popular in the United States. In order to win in 75 ball bingo, players must have a full row of numbers checked off their card.

This bingo variation uses a 5×5 grid with 25 squares. However, only 24 of these squares contain numbers because the center square is left blank. The numbers of a 75 ball bingo card are organized by the letters B-I-N-G-O.

Next, 80 ball is also another of the exciting types of bingo games to play. What’s more, this bingo variation is extremely popular on online sites to win the jackpot. This bingo card has a 4×4 grid of 16 squares.

Furthermore, there are several patterns from which players can use to win a game of 80 ball bingo. For instance, players can win this bingo variation by completing four corners, single numbers, horizontal lines, or vertical lines.

Lastly, another of the exciting, as well as popular types of bingo games to play, is 90 ball bingo. However, 90 ball bingo is hugely popular in the United Kingdom. A 90 ball bingo card has three horizontal rows of nine squares.

For more on bingo, be sure to read check out the best bingo terms on the net as well as the bingo rules.