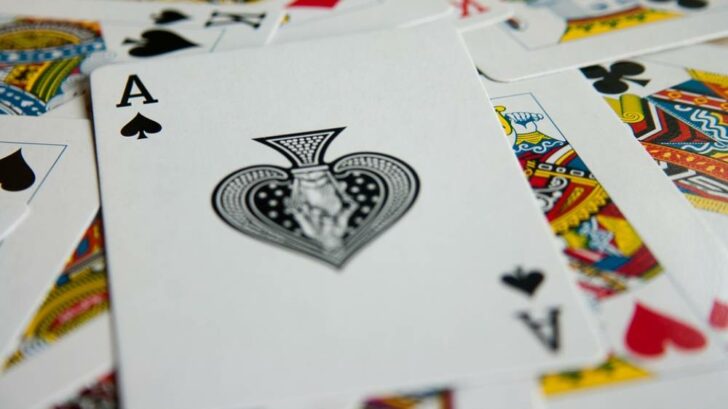 If you don’t go to casinos to win the jackpot or are not into gambling or playing cards, then the Ace of Spades will just be another innocuous card in the deck. Just like the King or the Joker. But for some people and their cultures, the Ace of Spades represents a symbol of both bad luck and death. Of course, all cultures have many different symbols and euphemisms around the subject of death. And these can show themselves as either traditions or superstitions.

Why the Death Card?

Historically, the Ace of Spades has conjured up many different ideas related to death and fear. It’s interesting to note, that in many cultures, even though separated by tens of thousands of kilometres, it holds the same meaning. Especially as far as disaster, hate, bad fortune and death are considered. Looking at the card on a surface level, we can see that the Ace of Spades is black. This often has an association with both evil and death. The fact that this has the name of “spade” could have some association with digging a grave or a plot for a coffin.

The Death Card In The Vietnam War 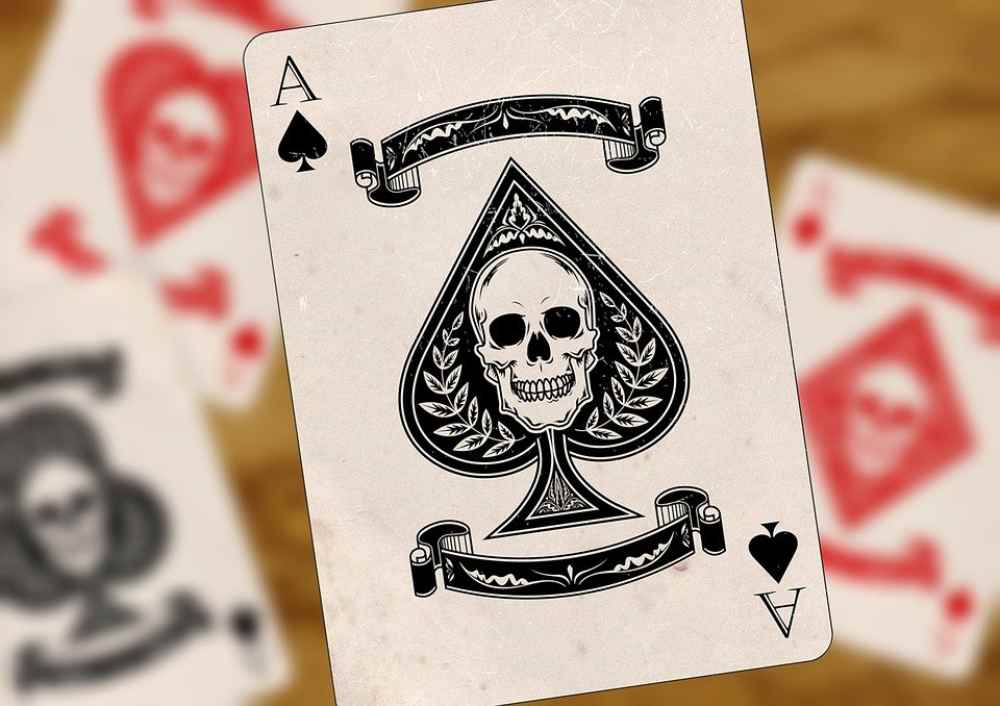 That the Ace of Spades is a symbol of death dates back many centuries. In more modern times the Ace of Spades became known as the death card is probably thanks to its use during the Vietnam War. If you know a little history, then you’ll know that Vietnam was once a French colony as part of the Indochina region. The French introduced many aspects of European culture including playing cards. And though these were used for many of the gambling jackpot games we know today, such as those you can find at the excellent online casino, 22Bet Casino, one of the most popular uses ack then was for fortune-telling. In the traditional French/Vietnam method of divining the future with playing cards, the Ace of Spades was to show bad luck or death.

When the American GI’s got involved in the Vietnam War they heard that the Vietnamese were very superstitious of the Ace of Spades thanks to the old French fortune telling superstitions. It was said that they would even retreat at the sight of the card. In reality, these cards meant nothing to the Viet Cong. But the US Government thought the idea could be a morale booster for their own troops. Because of this, 2 officers from Company C, 2nd Battalion, 35th regiment, 24th Infantry Division contacted the Bicycle Playing Card Company and asked if they would provide decks that contained only the Ace of Spades. The Bicycle Playing Card Company thought this was a worthy effort in helping the troops. As a result, they sent thousands of decks containing only Ace of Spades.

A Form Of US Properganda

Once the cards arrived, then the US army started using them as a means of propaganda. As a means to promote fear amongst the Viet Cong soldiers. Whenever they came across the corpses of enemy combatants the US soldiers would leave the Ace of Spades. They would place them on the bodies as a form of calling card. They would also scatter them in the jungle. And many US troops would place them in the webbing belts of their helmets. In this way, they made themselves the harbingers of death in the eyes of the Viet Cong.

In truth, we now know that the Viet Cong had no fear of the playing card, the Ace of Spades. It meant nothing to them and during the Vietnam War most Vietnamese never saw one. You have to remember that propaganda was going on on both sides. There is a Western lie based on ignorance, that Eastern foreigners are more superstitious than Americans. But nevertheless, whether via propaganda or reality, the idea that the Ace of Spades was an element of ill-fortune certainly took root thanks to its use during the Vietnam campaign.

Is the Ace of Spades Bad Luck? 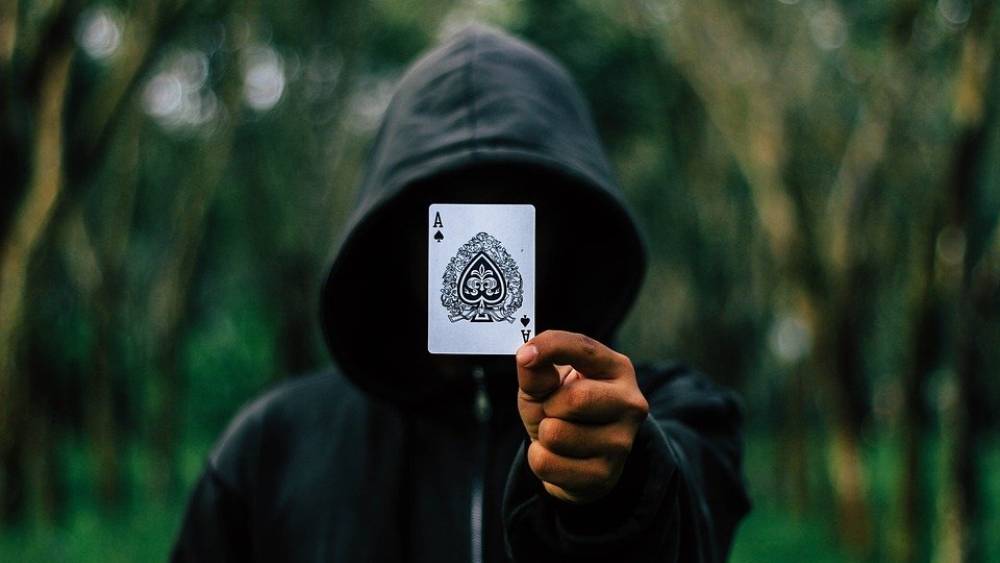 If you sat and had your future read by a French fortune-teller then you may consider the Ace of Spades as a bringer of bad luck.  but going back further and history we can see that the Ace of Spades has represented poor fortune across the ages. Of course, it’s still rather childish to imagine that a simple playing card and its design can bring about bad luck. You would have to be either senile or incredibly superstitious to believe that a piece of card can control your fortune. It would be the same as thinking that receiving it during a casino game would actually increase your jackpot winning chances.

The problem comes from the fact that people are very susceptible to silly ideas. These ideas then start to manifest themselves as opinions. And from there it’s only a very short step to becoming truths. This can result in psychological effects that can introduce new states of emotion. For example, the Ace of Spades may induce uncertainty, fear and lack of confidence. Conversely, the opposite is true. If people see symbols of good luck and believe in them, then this may help increase their optimism and confidence.

The Ace of Spades in Popular Culture

Today many people associate the Ace of Spades with its propaganda part in the Vietnam War. But its association with death goes back much further. Here are some particularly noteworthy examples of the Ace of Spades in use in popular culture as a foreteller of death and disaster in the past.

The rock band Motorhead certainly have knocked out any number of well-known heavy metal tunes. Many of which people consider to be all-time classics. But one of the best-known tracks is definitely Ace of Spades, which comes from the album of the same name. Its bass line is incredibly popular and most people would recognise it after just a few seconds of listening. The song itself is about superstitious beliefs that gamblers have about that particular card.

The lyrics are from the point of view of a self-destructive gambler who claims that  “the only card I need is the Ace of Spades.” He talks of the joys of living recklessly, of happily accepting that this life won’t last forever. In fact, the song nicely sums up all the beliefs about the Ace of Spades. How its representing both death and bad luck. Interestingly enough, the band have a very popular slot game named after them. And talking of slots, we suggest that you check out 22Bet Casino as they have a massive selection for you to enjoy. And a great welcome bonus of 122% up to €300! 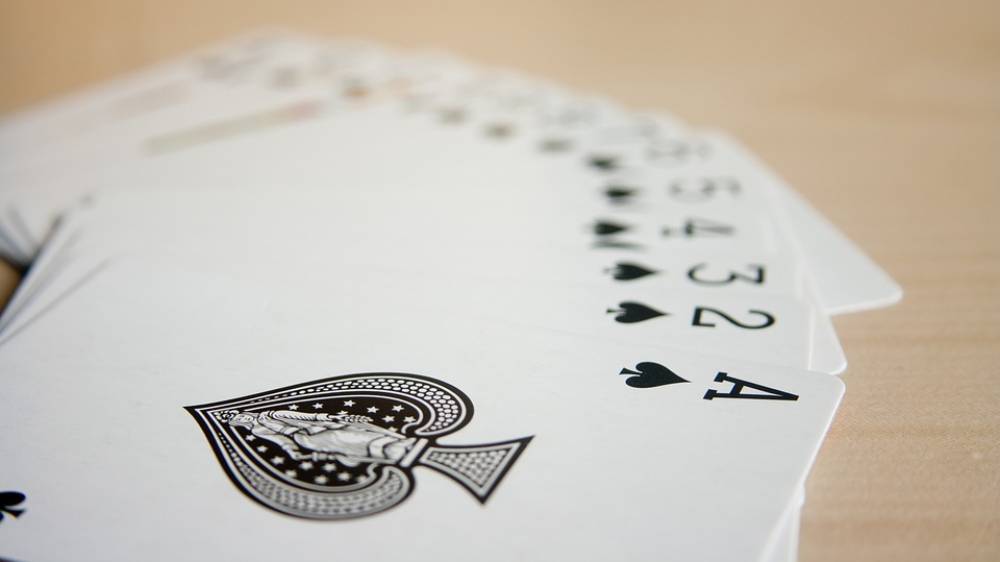 This was a long-running US television show which ran on CBS from 1951 to 1957. In I Love Lucy, there is an episode called “Lucy Thinks Rick is Trying to Murder her.” This is actually a comedic look at the Ace of Spades. Along with the superstitions associated with it. There’s one scene in which Lucy and her friend Ethel decide to sit down and use playing cards to tell each other’s fortune. As Ethel is dealing the cards in order to tell Lucy her fortune, she’s overtaken by fear. When Lucy inquires what was wrong, Ethel said that the first card she dealt was the Queen of Hearts. This represents Lucy. And the following card, being Ace of Spades, represents death. This induces Lucy to believes that her husband is planning to murder her.

For the gambler’s amongst you, CBS Television was also responsible for the famous and successful casino jackpot slots game, Wheel of Fortune.

The Ace of Spades: Carmen

In Act III of Georges Bizet’s 1875 opera, Carmen, the title character is telling her friends their fortunes using playing cards. Carmen, who already feels that death is nearby, is shocked by the appearance of the Ace of Spades. As we all know, it all ends as the cards foretold, with her jealous ex-lover taking her life.

Thanks to Walt Disney’s movie, everybody knows the story of Pinocchio, the puppet who wants to become a boy. The Ace of Spades also plays a part in this children’s film. There was a scene when Honest John tricks Pinocchio into visiting the dangerous Pleasure Island. Interestingly enough, the ticket for the journey was actually the Ace of Spades.